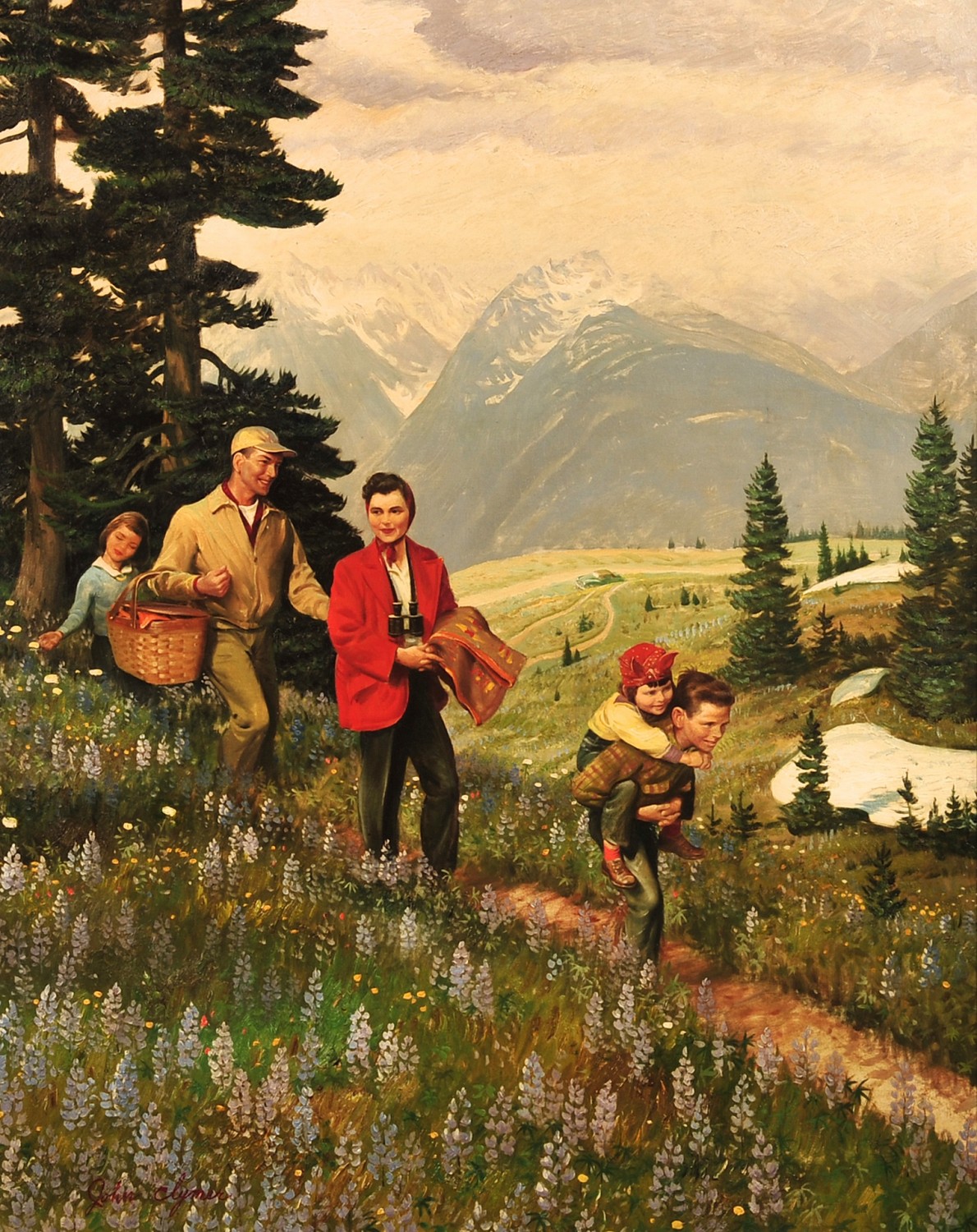 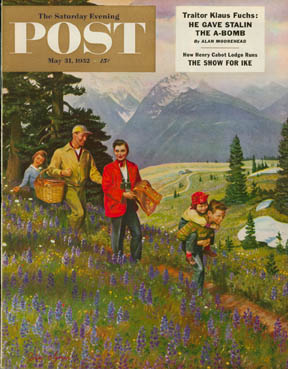 Clymer's coverscape takes you to Massachusetts' tidelands where the frost is on the pumpkin and the red and gold areon the trees. Gloucester harbor and the inlets roundabout-- for three centuries this haven has been the homeport of renowned and valiant fisherman. They were the Captains Courageous of Rudyard Kipling, the hero’s of Longfellow's The Wreck of the Hesperus and of James B. Connolly's tales of the sea.

John Ford Clymer's success as an artist can be traced to his boyhood in the Kittitas Valley located in the central regions of Washington state. It was there that he developed an enthusiasm for the world around him and an abiding respect for historical accuracy. Over the years John Clymer received numerous awards and honors including the revered Prix de West in 1976, from the national Academy of Western Art. Other great achievements included both gold and silver metals for his oils and charcoal drawings from the Cowboy Artists of America, "Western Artist of the Year" from the National Wildlife Art Collectors Society, and both John and Doris were honored at the Ellensburg National Art Show and Auction for their contributions to western heritage. John's highest honor came in 1988 when he was awarded the prestigious Rungius Medal from the Wildlife of American West Art Museum in Jackson Hole, Wyoming, for his painting "Late Arrivals-Green River Rendezvous".