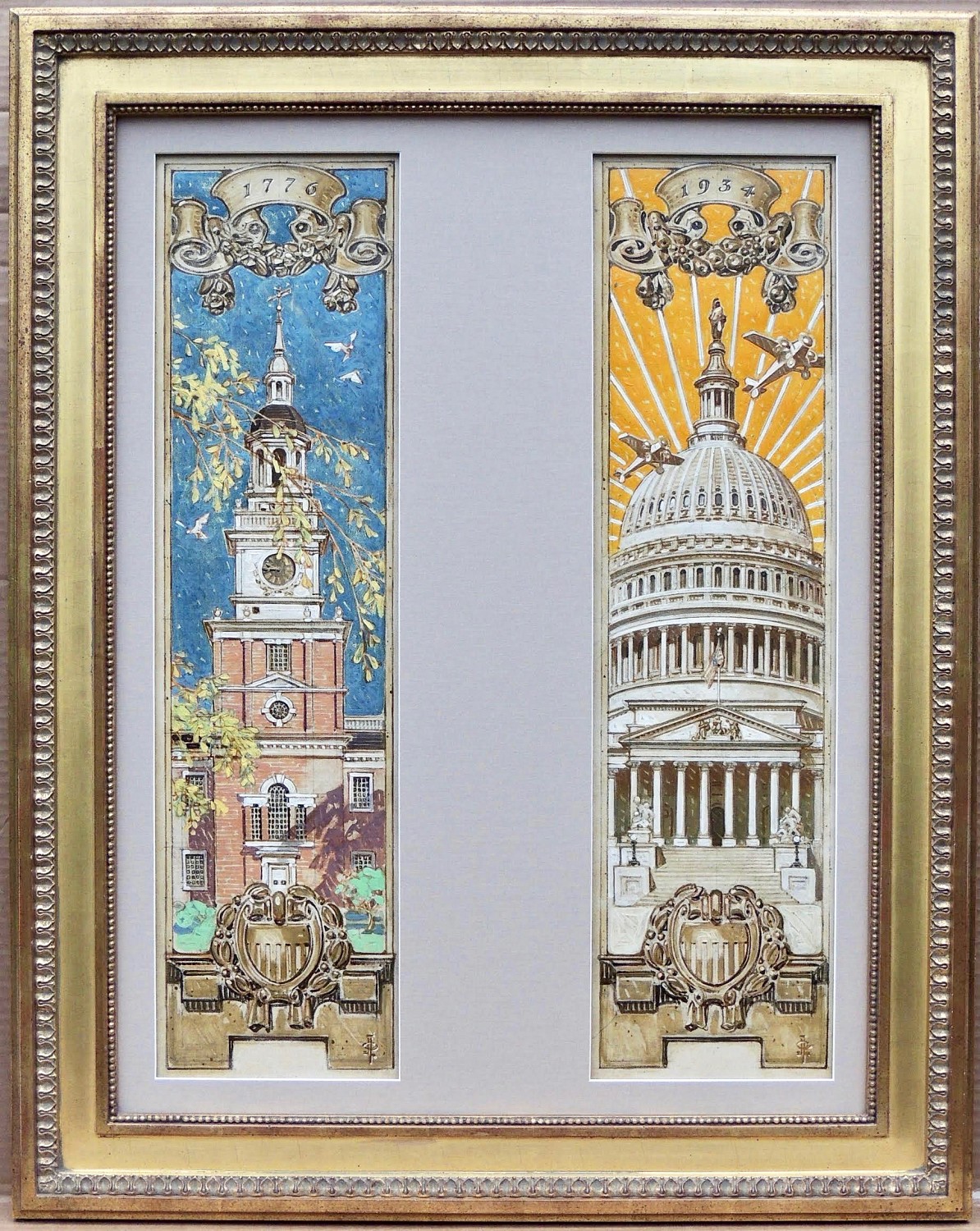 Story illustration Independence Hall and U.S. Capitol. Finished his first Saturday Evening Post cover in 1899 and proceeded to do over 300 more. Elected to the Society of Illustrations Hall of Fame in 1977.