"Balloonists Struggle to Escape a Doomed Gondola"   Lot no. 2046 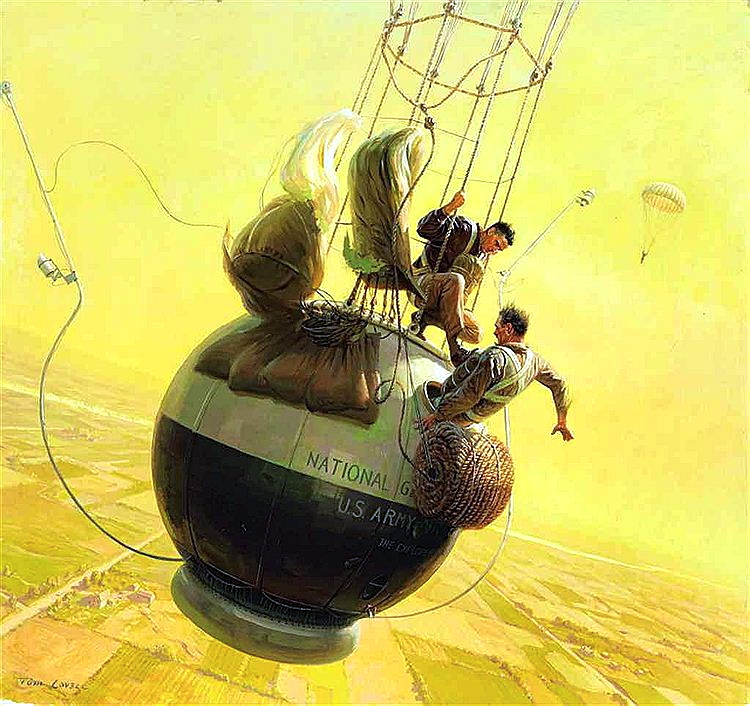 Notes:
On July 28, 1934, the Explorer I manned by Major William E. Kepner, Captain Albert W. Stevens, and Captain Orvil A. Anderson, attempted to set the new highest-altitude record, but came short of this goal when the gas bag exploded, forcing the three adventurers to "leap for their lives by parachute." The present lot illustrates this harrowing feat and was both the cover of the 75th anniversary issue of National Geographic magazine as well as a feature in the same issue. Lot 48 illustrates the balloon after its crash landing of the first attempt, surrounded by the survivors.