"Caricature of the Original Broadway Production of "Cabaret""   Lot no. 2199 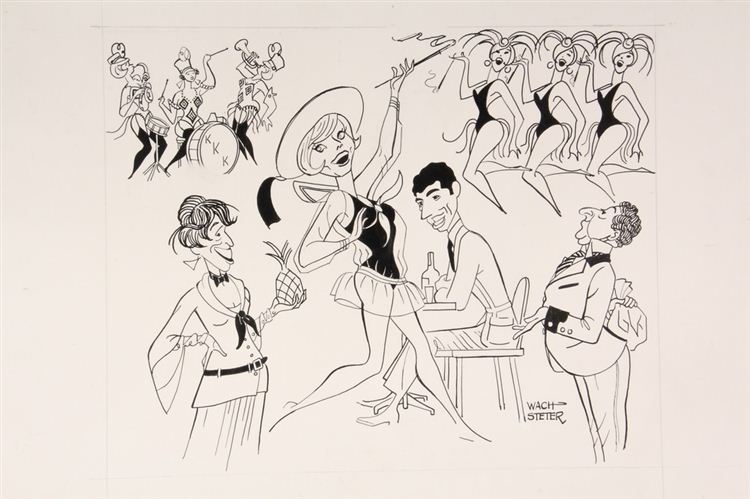 Caricature by George Wachsteter (1911-2004), for the original Broadway production of `Cabaret`, directed by Hal Prince, with Jill Haworth as Sally Bowles, Lotte Lenya as Fraulein Schneider, Bert Convy as Clifford Bradshaw and Jack Gilford as Herr Schultz, initially at the Broadhurst, Imperial and Broadhurst Theatres, respectively, ran Nov 20, 1966 to Sept 6, 1969, for 1,165 performances. This was done for the opening at the Broadhurst, appeared in the New York Journal-American, on illustration board.