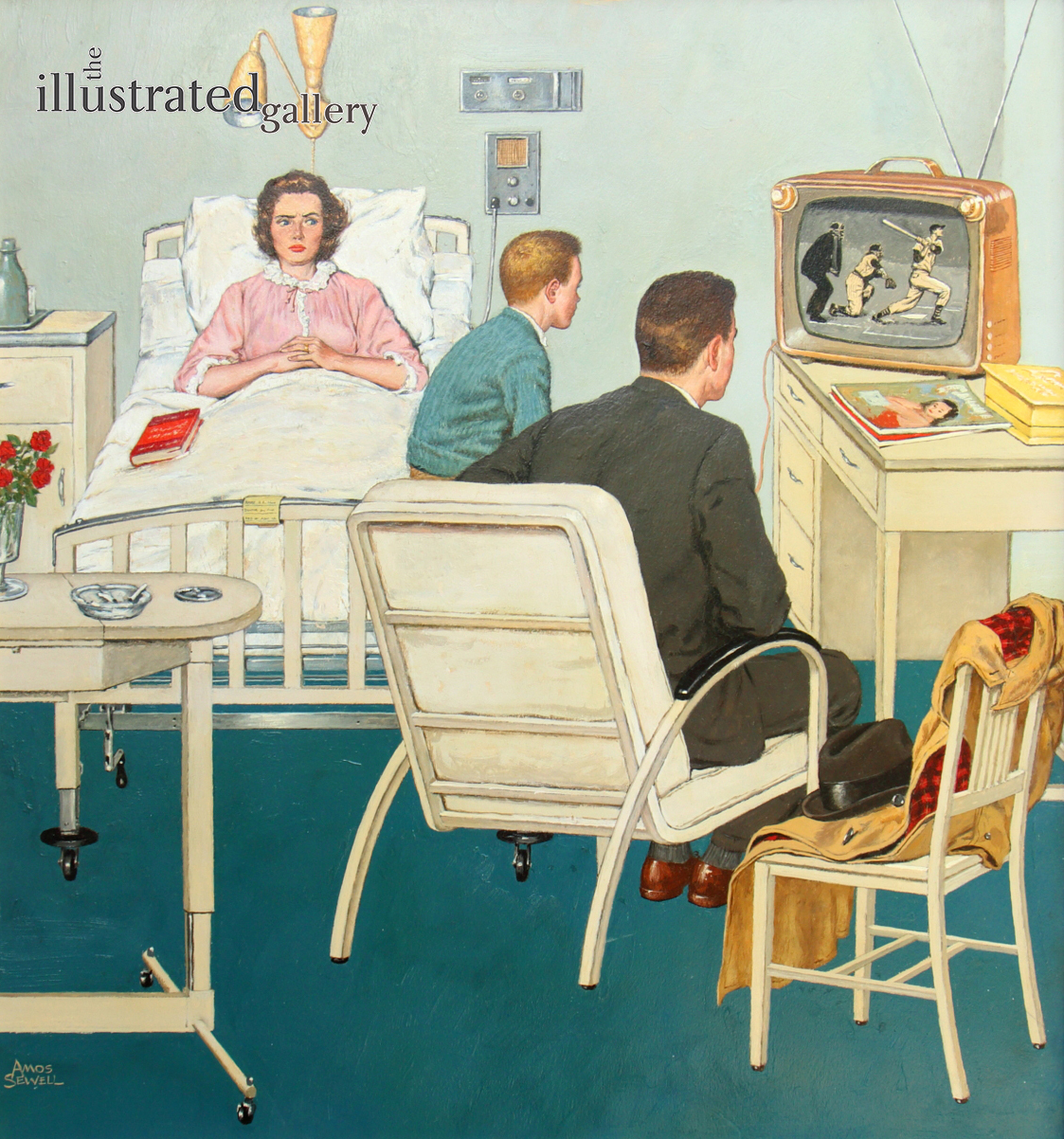 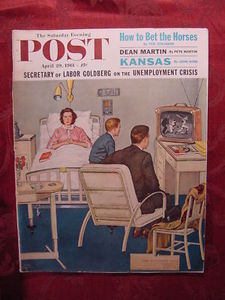 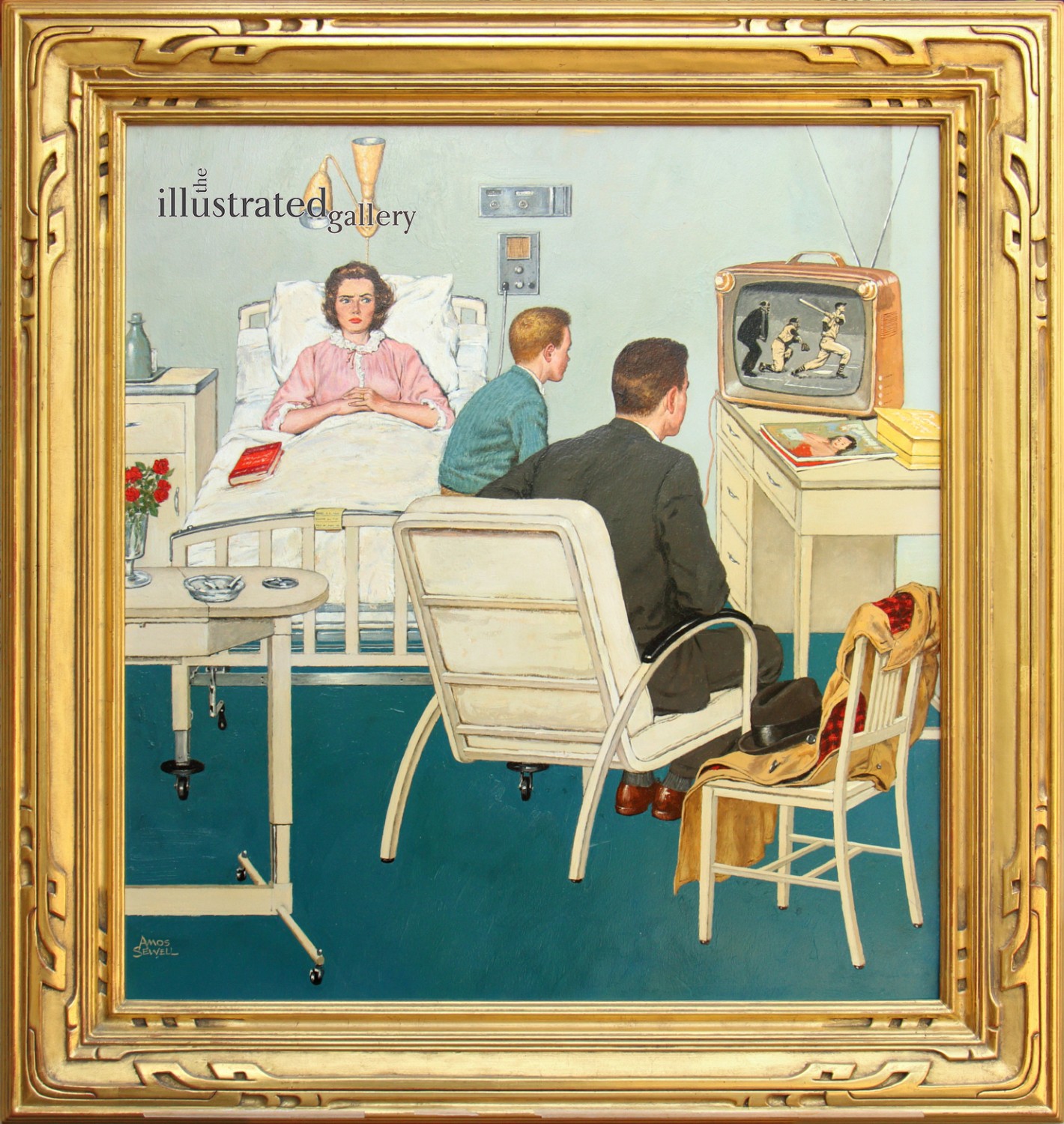 Amos Sewell was born in San Francisco and moved to New York where he attended the Arts Students League.  One of his teachers was Harvey Dunn whom he emulated and who inspired him to become an illustrator.  He did many covers for Country Gentleman and The Saturday Evening Post and is best known for painting everyday people doing everyday things.

One of his best-loved covers is “Visiting Hours,” where a father and son come to visit Mom in the hospital.  Since the misses appears to be recovering nicely, their attention drifts to the baseball game on television.  Notice the rabbit ears, the black and white television, and even more indicative of the era, the ashtray filled with used cigarettes.