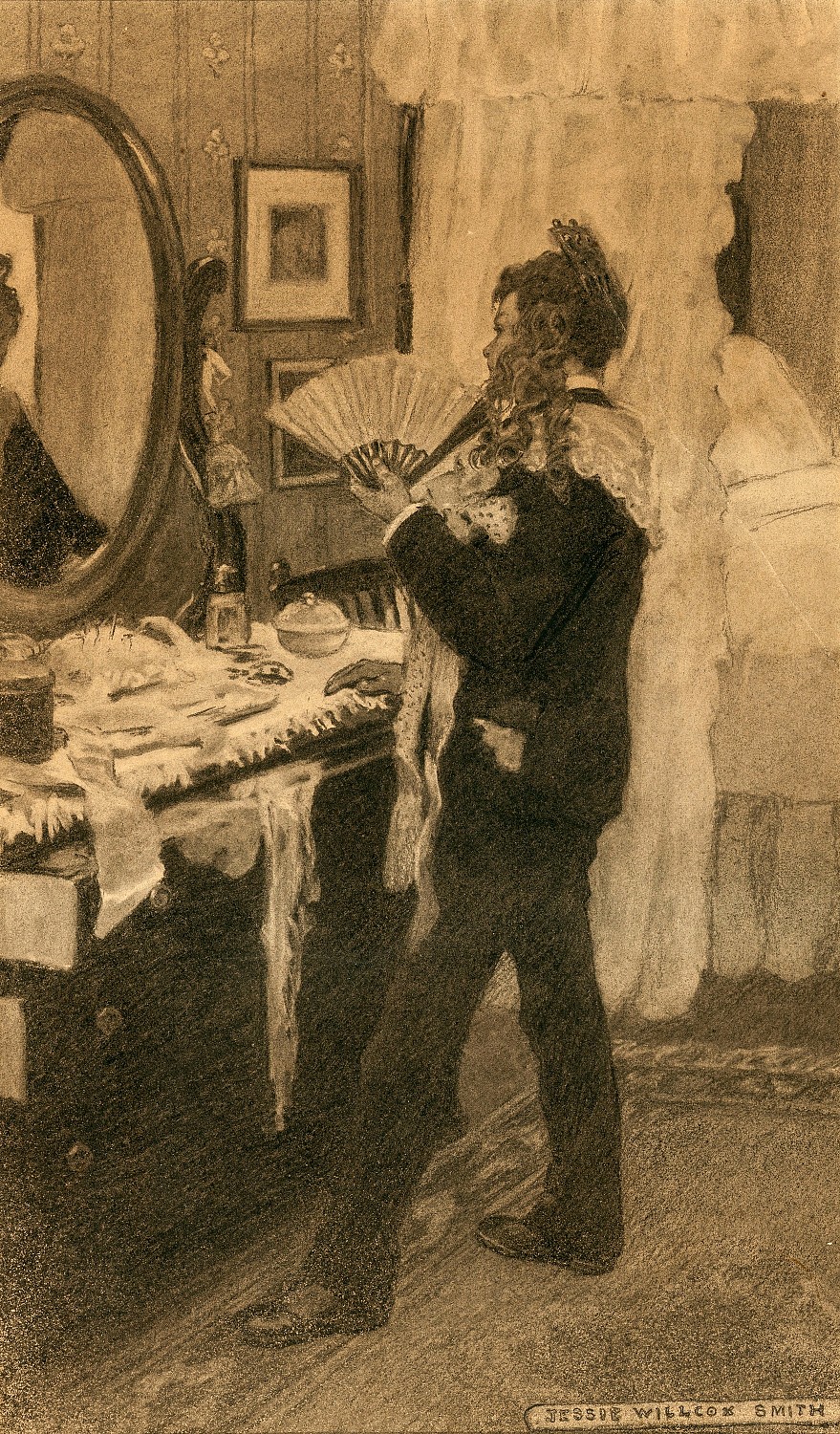 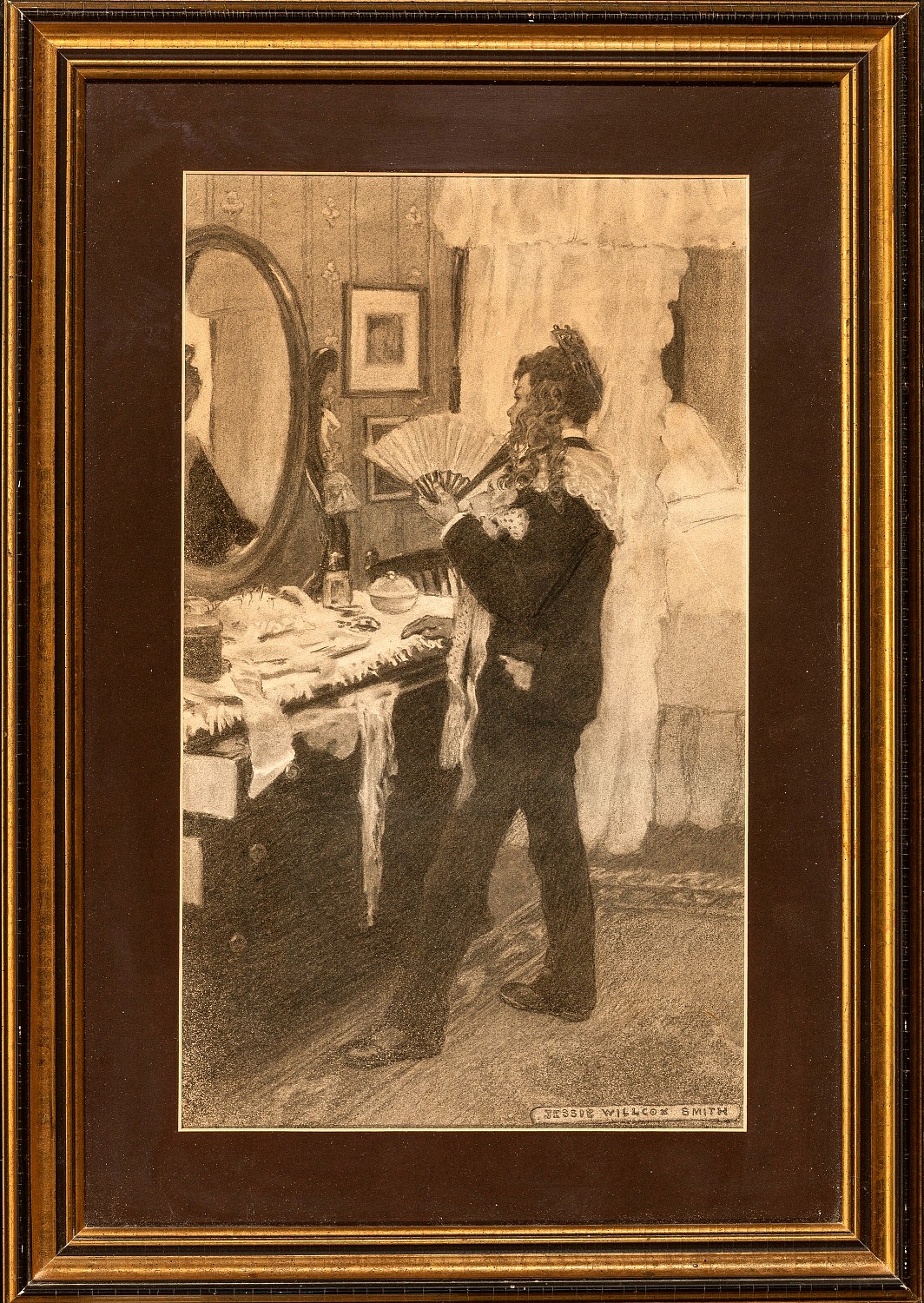 Smith, Jessie Willcox:Born in Philadelphia, Pennsylvania in 1863 to an affluent family, Jessie Willcox Smith attended private schools in that city, as well as in Cincinnati, Ohio. At age 20, she went to work as a kindergarten teacher but soon learned that she could not handle the stress of dealing with small children. On a suggestion from one of her cousins, Smith took art classes, first at the School of Design for Women, then at the Pennsylvania Academy of Fine Arts. Later, Smith went on to study at Drexel University. It was at that school she became good friends with two other artists, Elizabeth Shippen Green and Violet Oakley. The trio dubbed themselves "The Red Rose Girls," taking the name from the inn where they lived. Smith's art work appeared in magazines, books and calendars. Soon she was sought out to do illustrations for ads for Ivory Soap, Kodak and Quaker. In 1915, Smith not only signed a contract as the cover illustrator for Good Housekeeping magazine, she also did one of her most famous pieces, Charles Kingsley's "The Water-Babies." Smith's art work appeared in such periodicals as Ladies Home Journal, Harper's, Century and Leslie's Weekly. She also did illustrations for Little Red Riding Hood and the cover for Heidi. Smith passed away in 1935 at the age of 71. Fifty-six years later, she was inducted into the Society of Illustrators Hall of Fame, just the second woman to be so honored at the time.