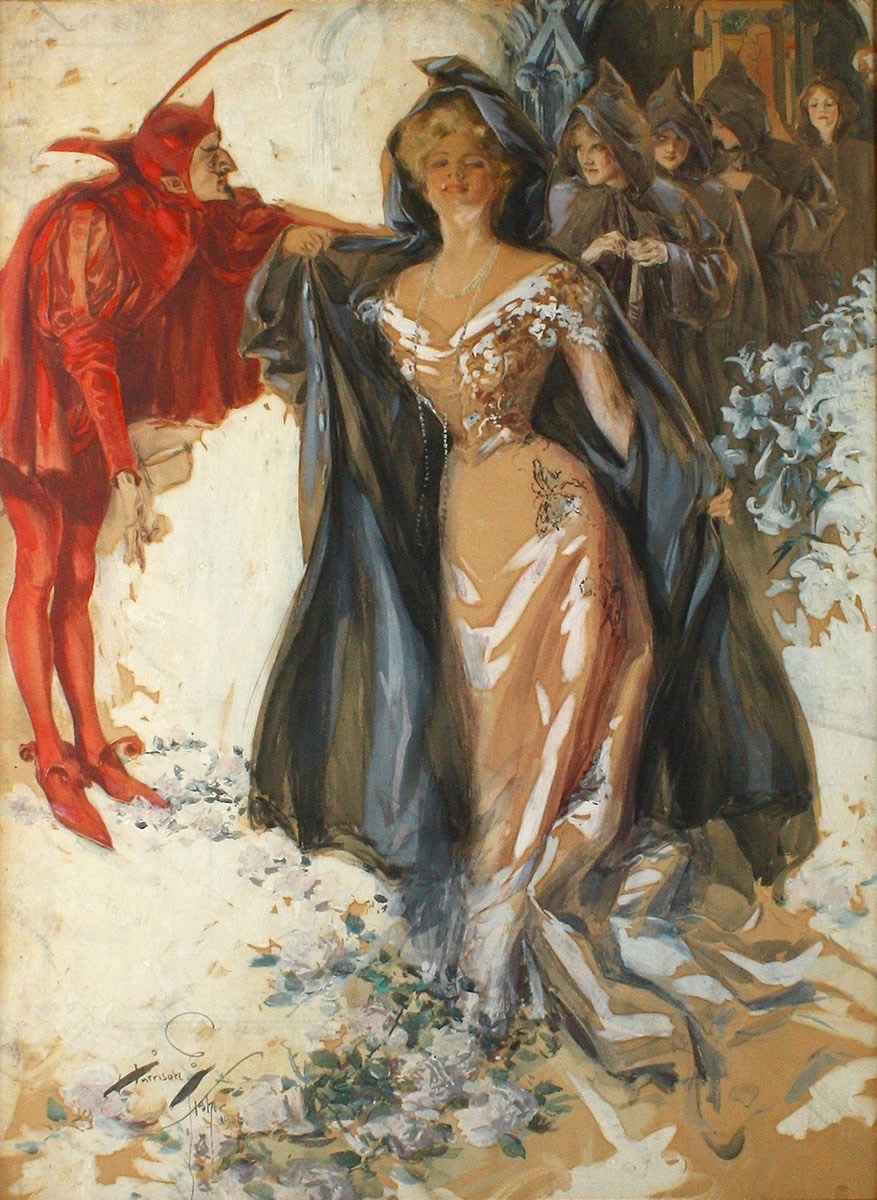 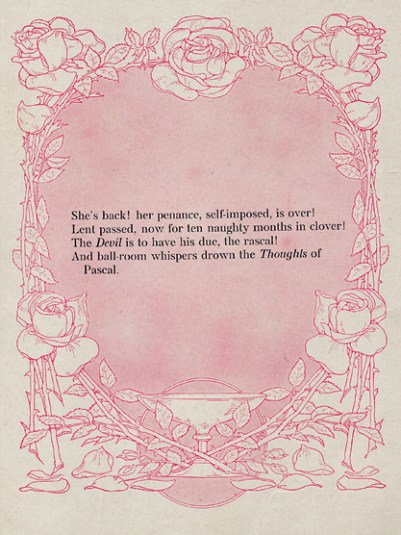 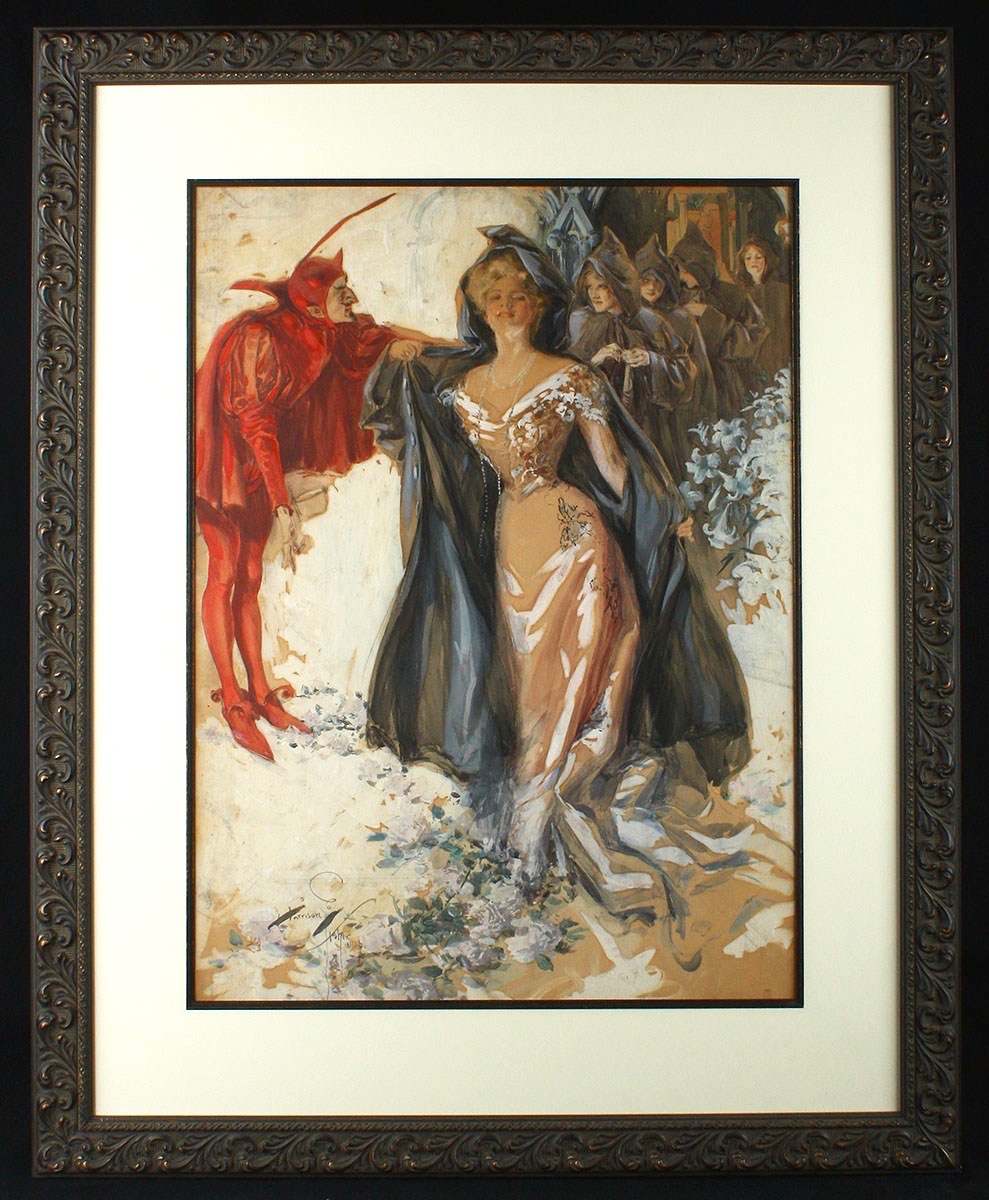 Original use: Bookplate for Tennyson's A Dream of Fair Women

A macabre and dark highly inventive large format gouache illustration painting by Harrison Fisher used as a full color book plate in the 1907 edition of "A Dream of Fair Women" by Lord Alfred Tennyson. In this scene our maiden fair has just completed lent and prepares to give the devil his due and go out ballroom dancing in revealing for the day, corseted attire. This is a classic Harrison Fisher painting and a wonderful and historically impactful example of late Victorian period imagery where traditional customs are seen colliding with a less restrained, more promiscuous Edwardian vision of femininity.

The verse by Lord Alfred Tennyson which this illustrates reads in full "She's back! her penance self imposed is over! Lent passed, now for ten naughty months in clover! The devil is to have his due, the rascal! And ballroom whispers drown the Thoughts of Pascal." This prime example from the Golden Age of Illustration is handsomely matted and framed behind glass and a copy of the book accompanies the sale.

"The Father of a Thousand Girls"

Harrison Fisher was born in Brooklyn, NYC but spent most of his youth in San Francisco until he turned 21 years old. He then moved back to New York where he began his highly successful career as a magazine illustrator.

During World War One Harrison Fisher showed his patriotism by illustrating posters for the US government, free of charge.

In one newspaper article he was quoted as lamenting that he drew women almost exclusively, but that is what the market demanded.

"The American Girl has found no more facile pencil than that wielded by Mr. Harrison Fisher. He has succeeded in creating a beautiful type distinctly his own."