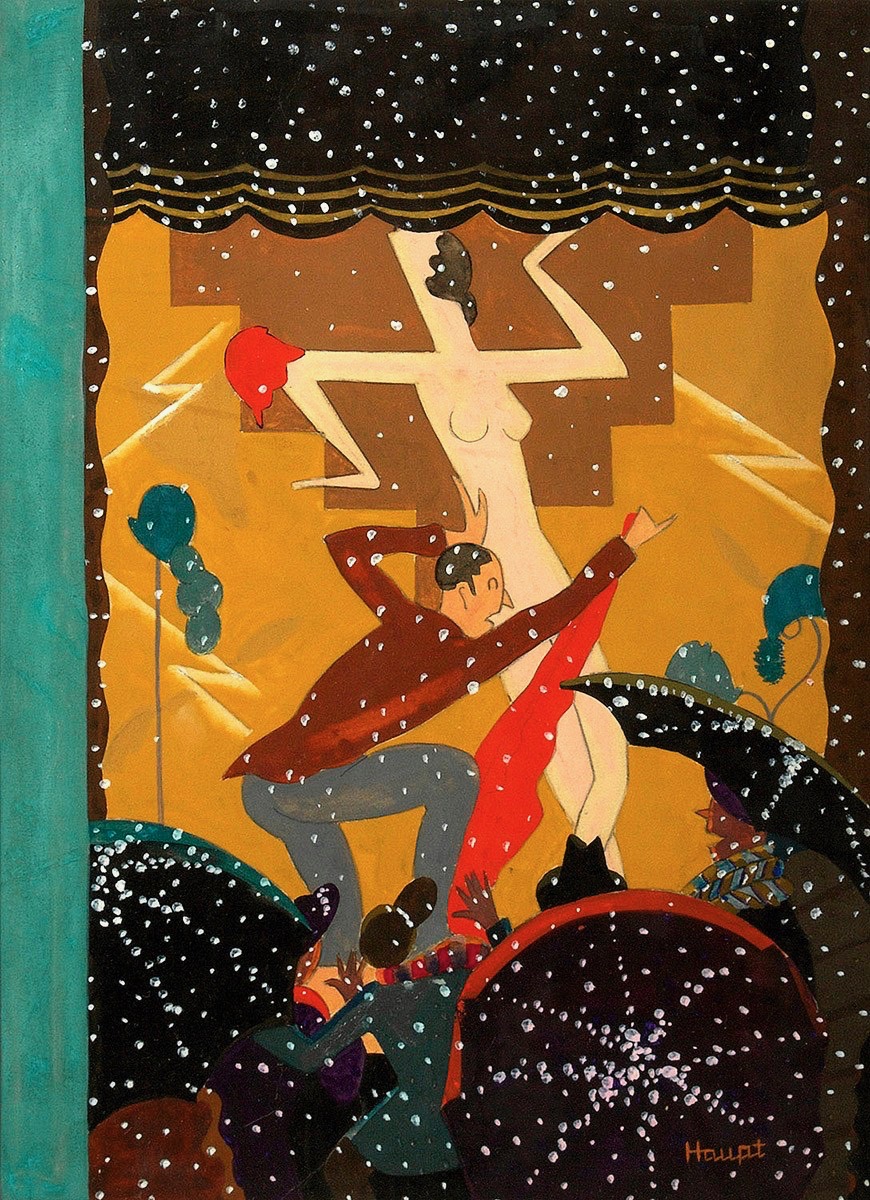 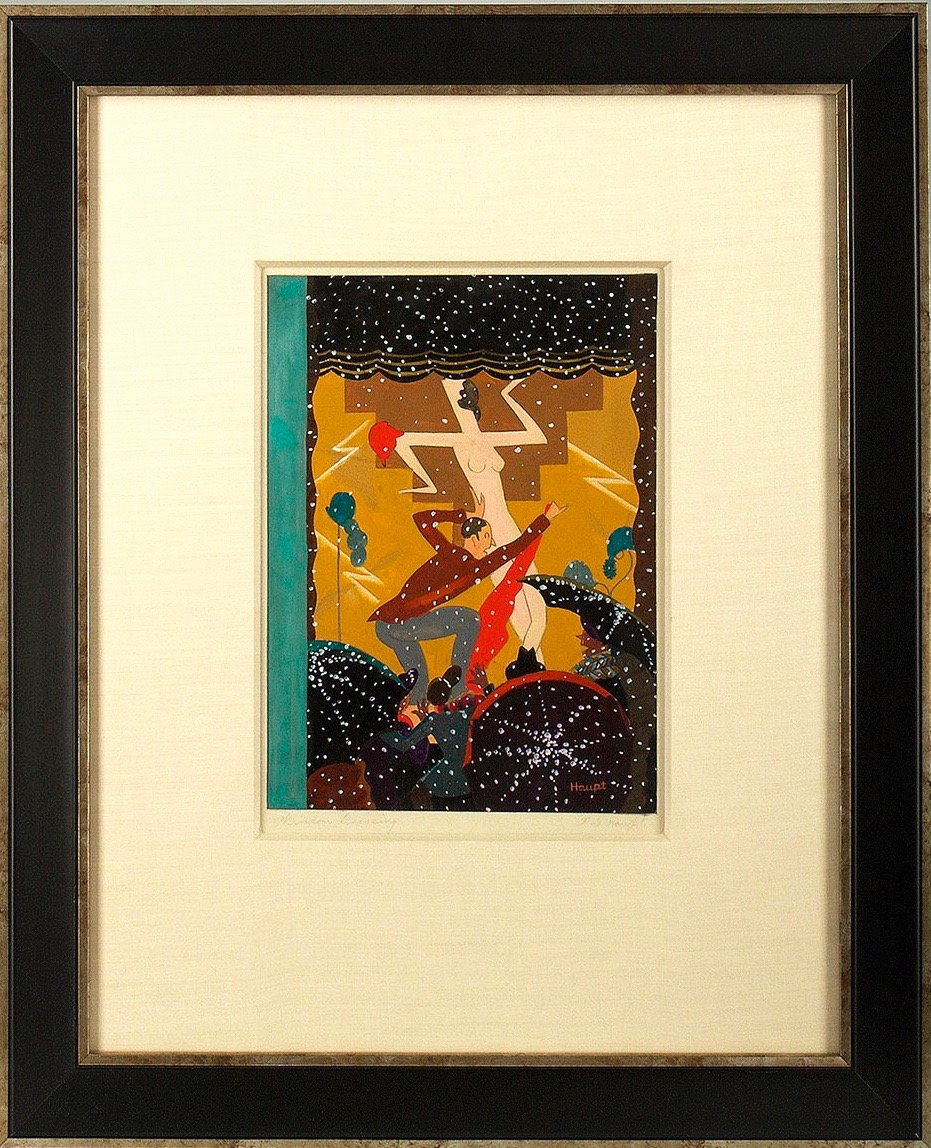 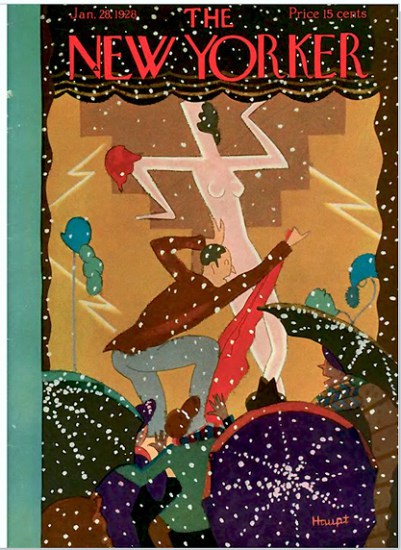 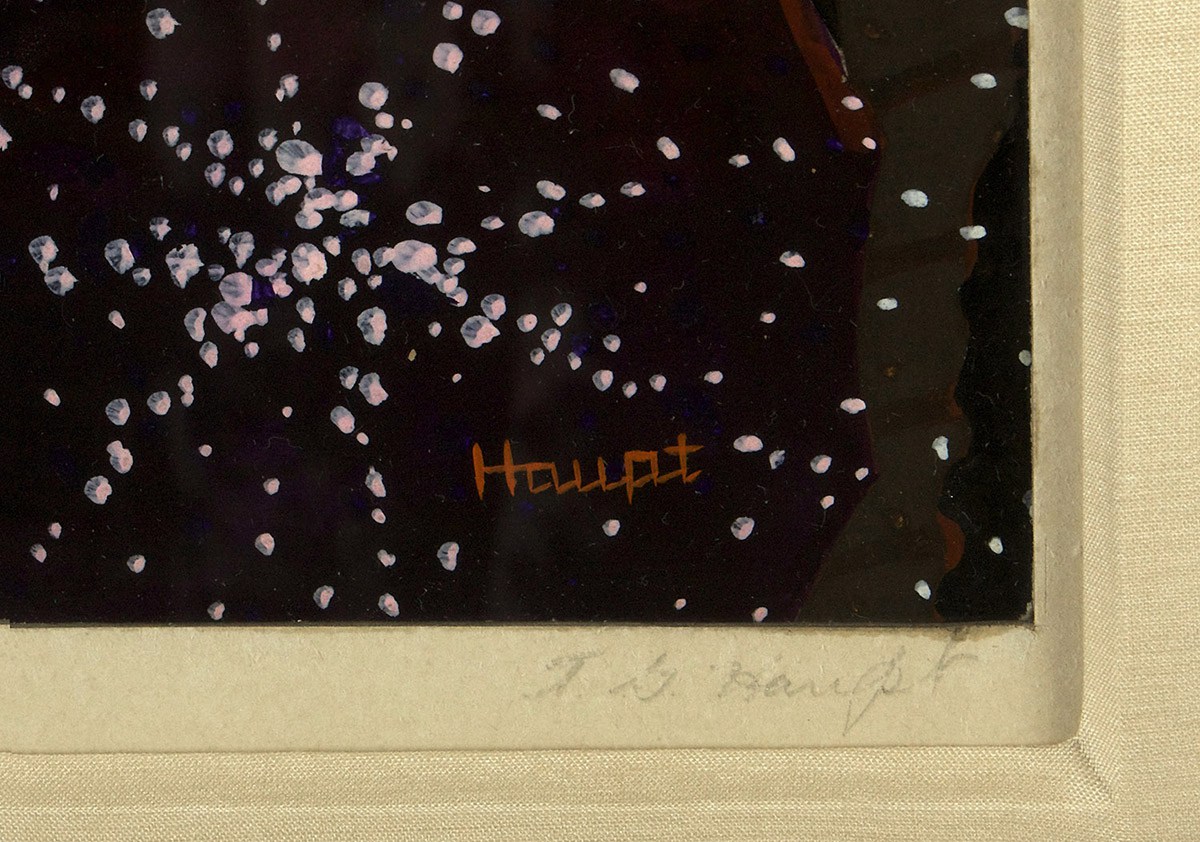 A rare and whimsically delightful surviving cover painting from the golden age of illustration by Theodore Haupt, which was created for and appeared as the cover of The New Yorker Magazine; January 28, 1928. This painting captures the fun and folly of New York City in a severe art deco zig-zag aesthetic. During the busy wintertime wonderland shopping crush, a window dresser is shown feverishly attiring a nude store mannequin as snow covered throngs watch in delight. Haupt illustrated forty four covers for The New Yorker between 1927 and 1933.

The New Yorker, published by Conde-Nast, premiered on February 21, 1925. For over 85 years, it has offered a signature mix of culture and art, business and politics, fashion, design, and science and technology. The New Yorker's exceptional cover art has been just as remarkable as its content, featuring a broad spectrum of artists.

Haupt's inventive art deco style was very popular during this time, original The New Yorker cover paintings from this the golden age of illustration are exceedingly scarce and this is a defining example.