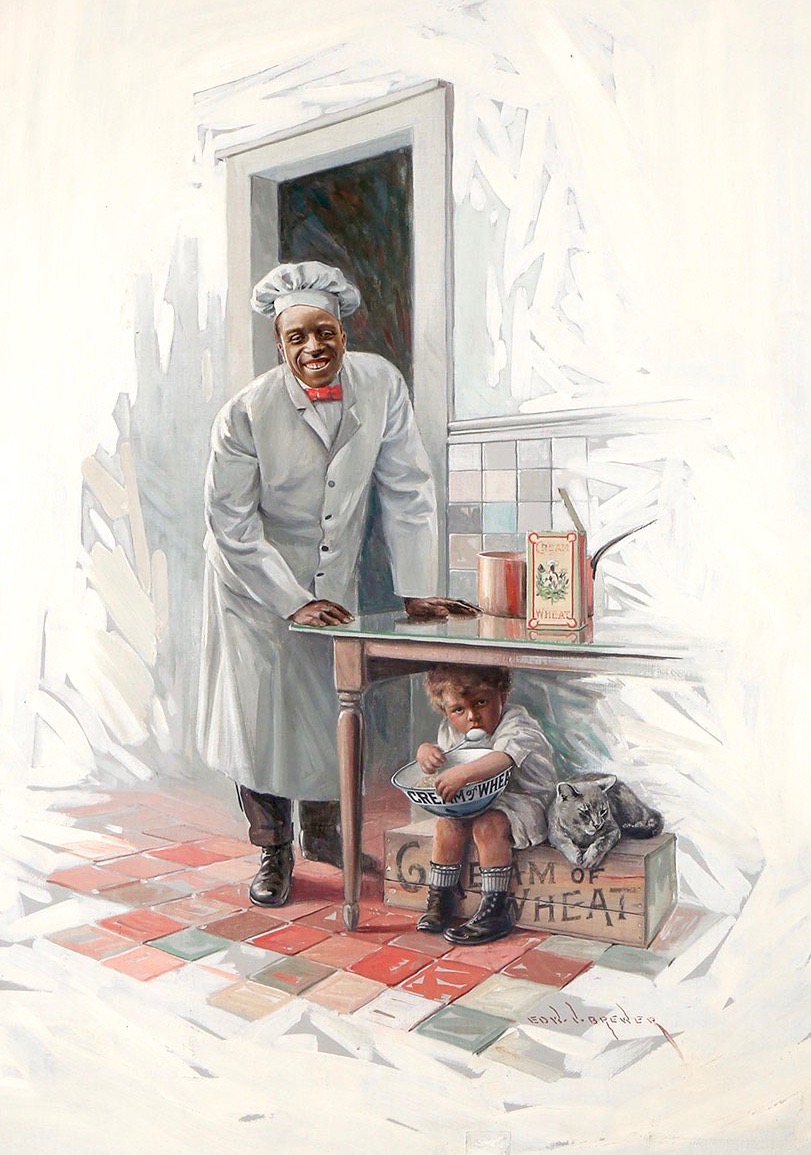 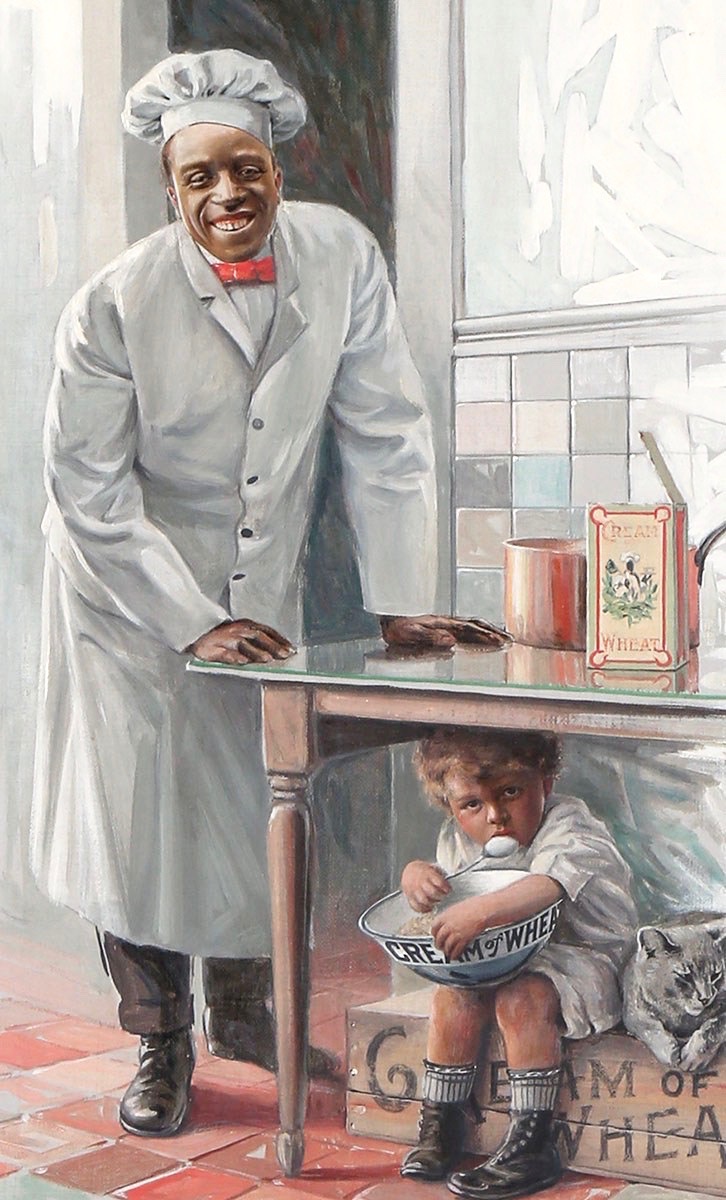 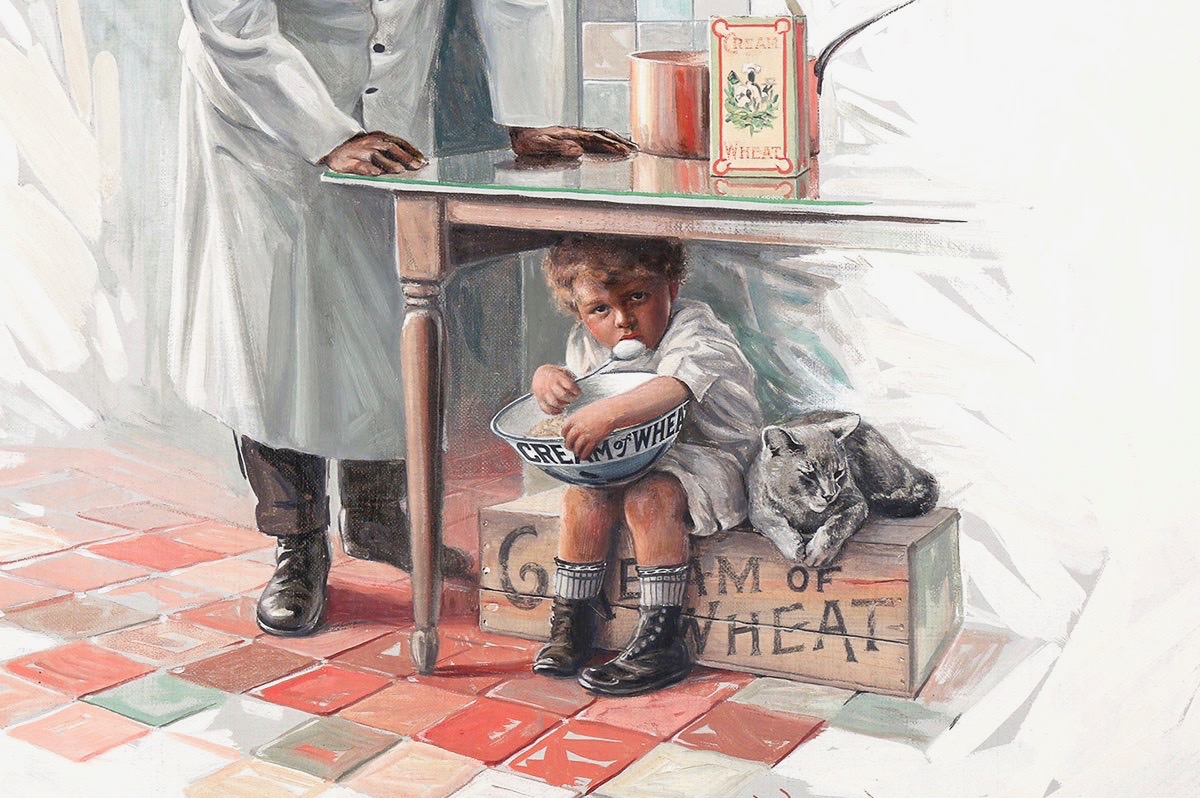 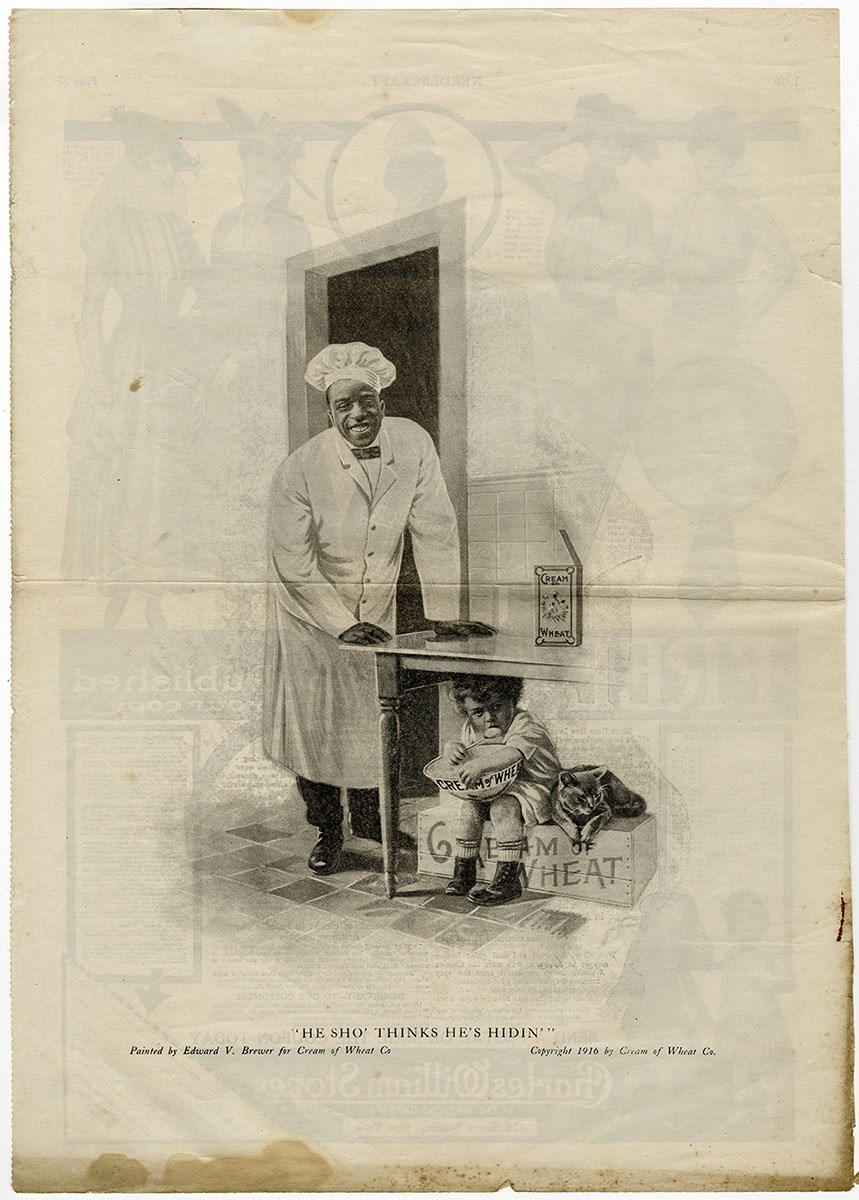 An early original commissioned painting by the Saint Paul, Minnesota artist Edward V. Brewer for the Cream of Wheat Company. Image appeared in countless magazines in 1916 and was one of 102 works the artist created for the cereal giant. Titled "He Sho' Thinks he's Hiding" the work appears as a full page color-plate (page 68) in Dave Stivers collectors book The Nabisco Brands Collection of Cream of Wheat Advertising Art.

The advertising also created one of the most recognizable, storied, and controversial fictional personalities in American history; Rastus the Chef. Based upon a photograph of African American chef Frank White, Rastus presided over Cream of Wheat boxes and appeared in the company's color advertising campaign from much of the 20th century. His face was often presented as a photo element within the artwork so as to brand a single image of the iconic character. This photo element would be applied to the canvas and painted over and colored as needed by the artist. After the urging of the NAACP Cream of Wheat abandoned the name Rastus (one of many derogatory names used as racial slurs in the late 19th/early 20th century), but the chef remained an integral part of the brand. Always shown smiling, benevolent, and offering comfort, the chef presents an idyllic view of traditional America. This America holds a pre-industrial sense of the bounty of the heartland and also many of the racial tensions inherent to this agrarian image of America. The tension between the sometimes uncomfortable depictions of the Chef and the incredibly poignant nostalgic visions of a timeless America only adds to the historic significance of this uniquely American art.

Between 1911 and 1926 Edward Brewer created 102 original paintings for the Cream of Wheat Company. Brewer's style is often compared to that of Norman Rockwell; both artists relied on familiar surroundings, family and friends and captured the innocence of childhood and the traditional values of family life. A published full page tear sheet of artwork is included in sale.