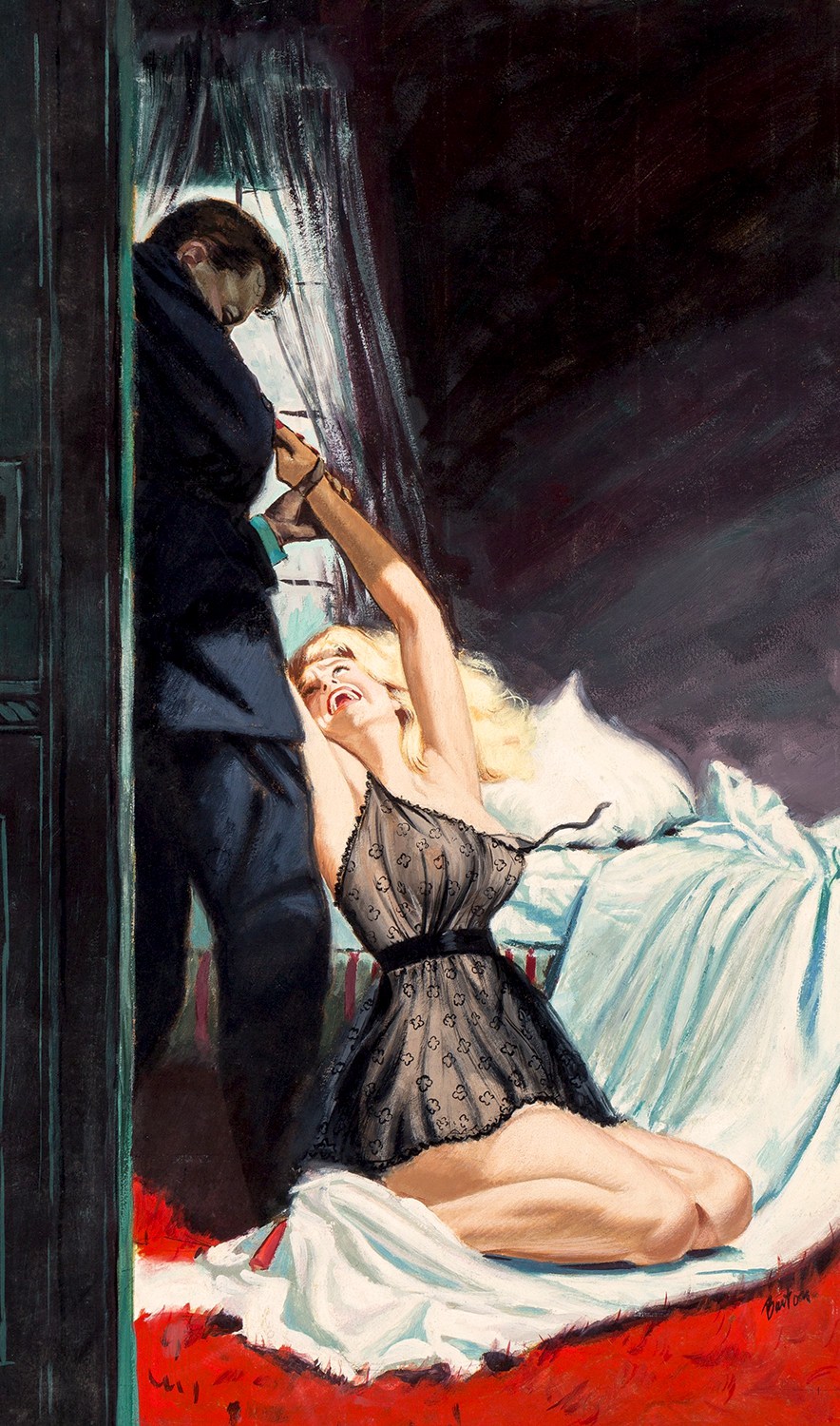 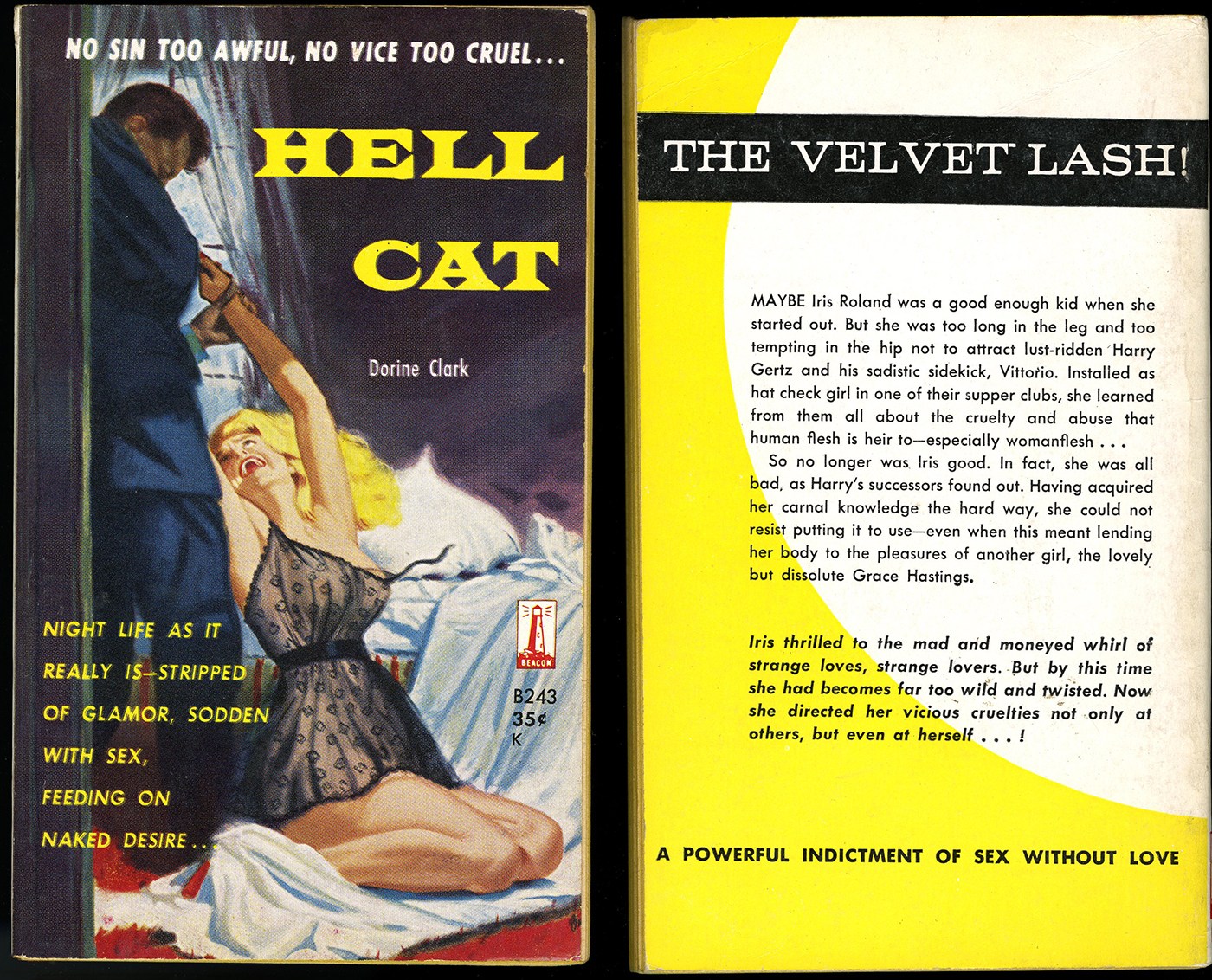 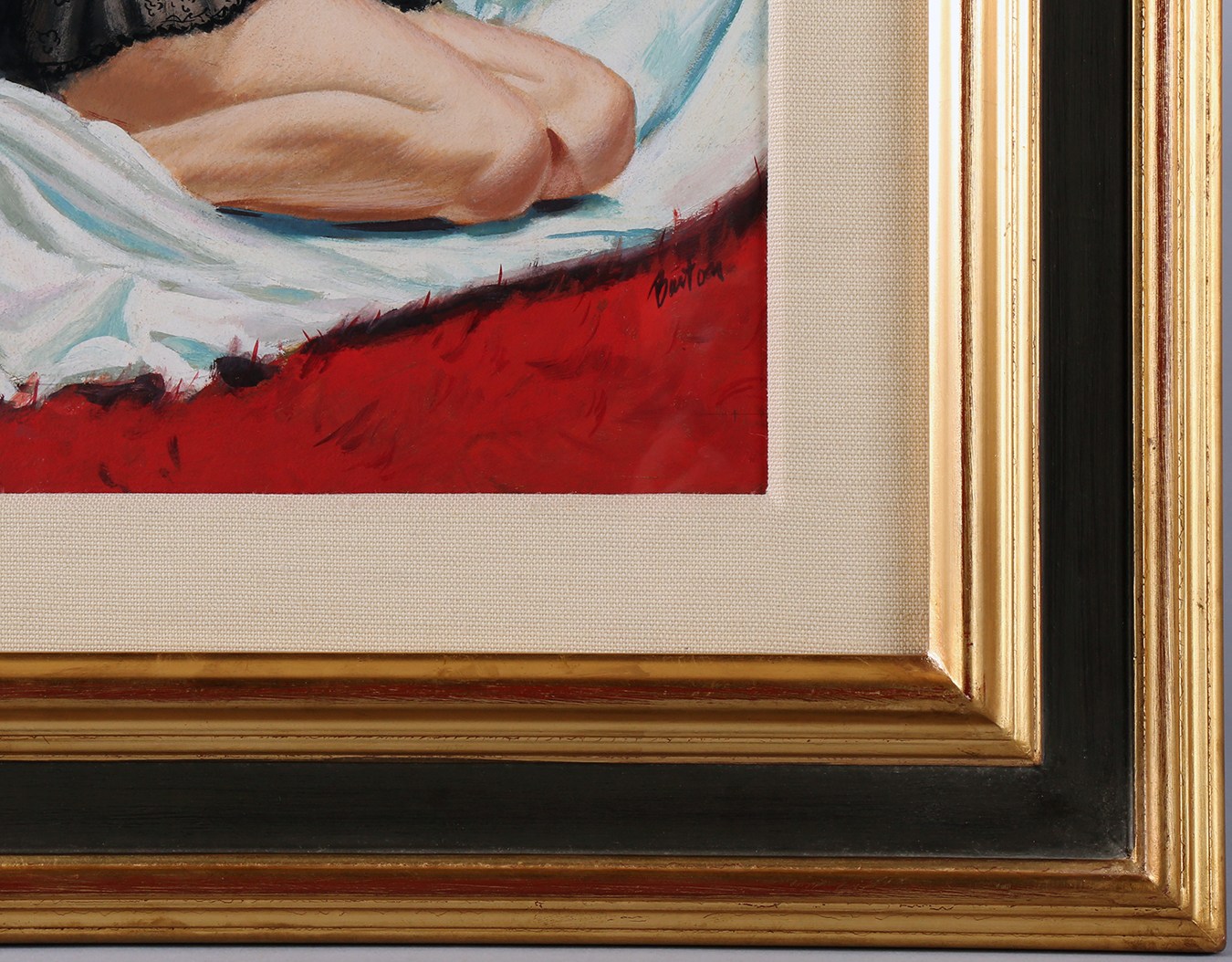 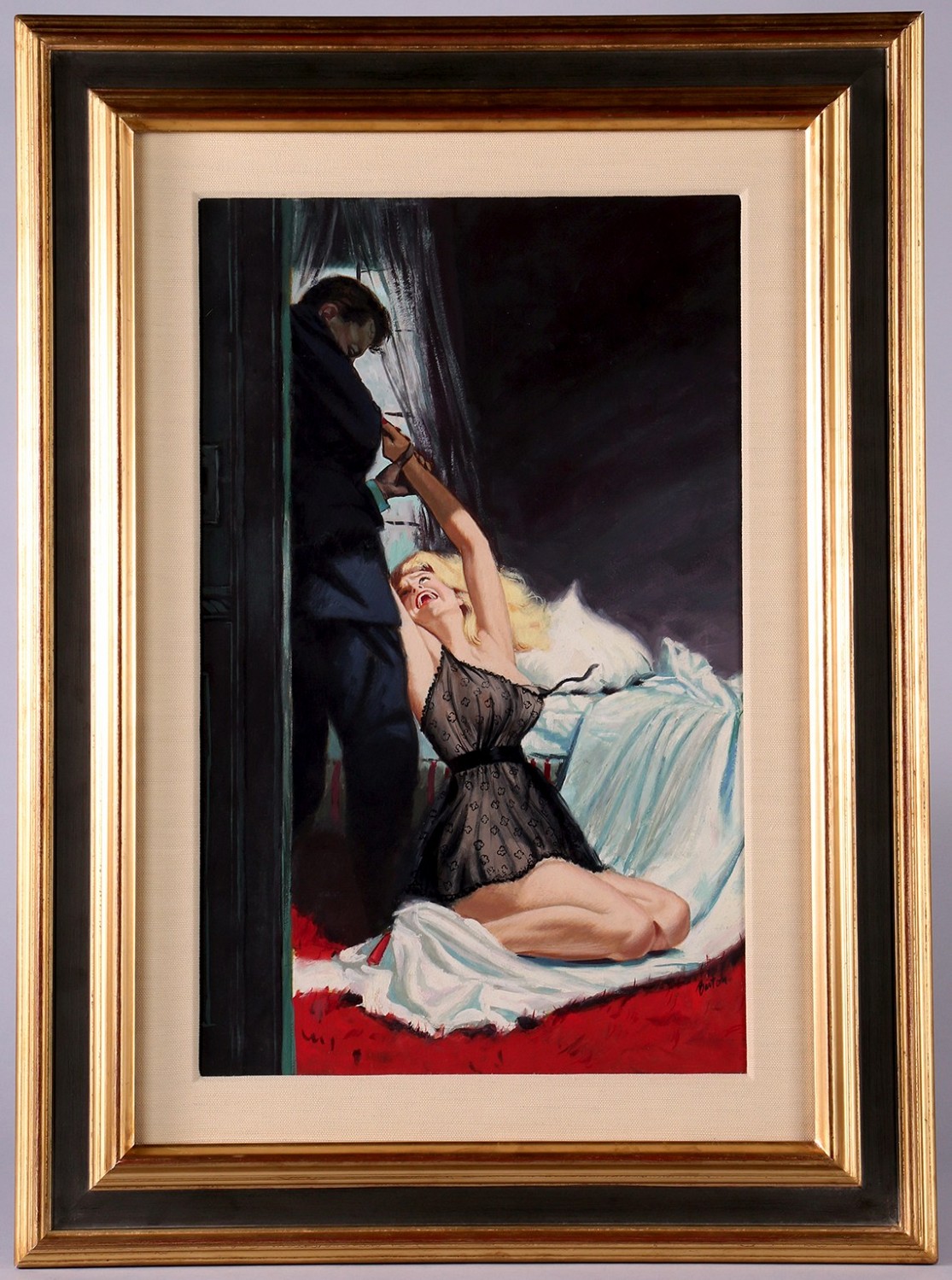 A signed gouache on illustration board painting by Harry Barton, created as the cover for Dorine Clark's 1959 novel Hell Cat. This original artwork is a prime example of the boundary pushing, subversive imagery that helped draw readers to the taboo and lurid stories put out by pulp paperback publishers. These titles often pushed the boundaries of what was considered decent, offering stories of gay and lesbian life, drug culture, and--as in this case--fetish culture. In an attempt to keep censors at bay, publishers often couched their offerings as object lessons or morality tales, but more often than not, these books were intended to intrigue. Though Beacon Books described Hell Cat as "a powerful indictment of sex without love" the subversive cover art by Harry Barton reassured readers that what they would really get is a dark look at "The Velvet Lash" S&M scene, filled with semi-explicit descriptions of "night life as it really is - stripped of glamor, sodden with sex, feeding on naked desire" as the cover slug promised.

This is by all accounts a classic example of 1950s paperback art, nicely matted and framed under glass and ready to hang.