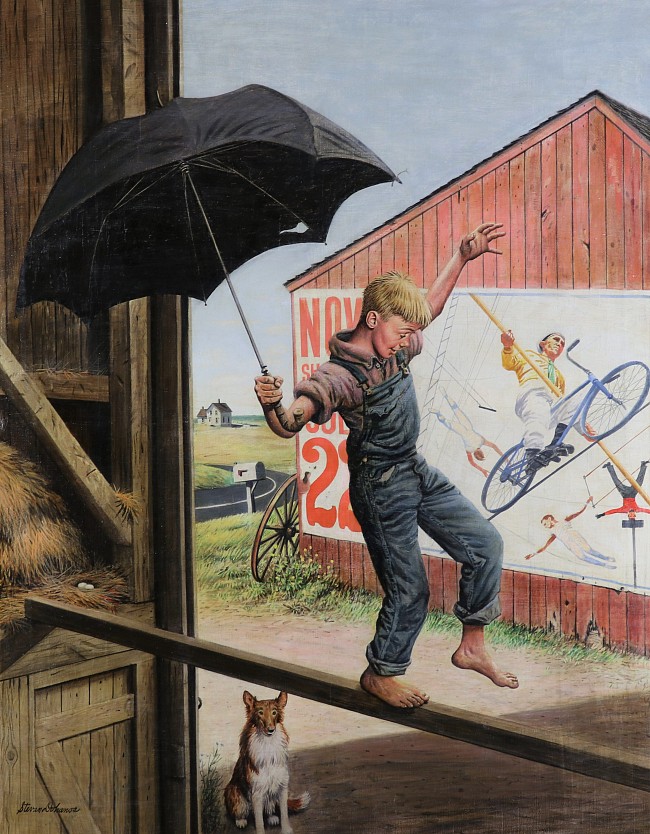 This work was featured on the cover of The Saturday Evening Post, June 11, 1949

The Post described the cover as follows: "Having found the setting he wanted for his circus-theme cover painting- on the Brotherton farm near Westport, Connecticut- Stevan Dohanos began rigging up a beam for the farm boy to do his tightwire act on. While working, he noticed a hen hanging around...when he returned three days later with a borrowed farm boy to pose for him- Sandy Frey of Westport- he found that two fresh eggs had been deposited in the hayloft at one end of the beam. Dohanos deposited the eggs gently in his picture, reasoning that the hen...wanted to get on the cover of the Post, but was too bashful to pose, and had done it with eggs."