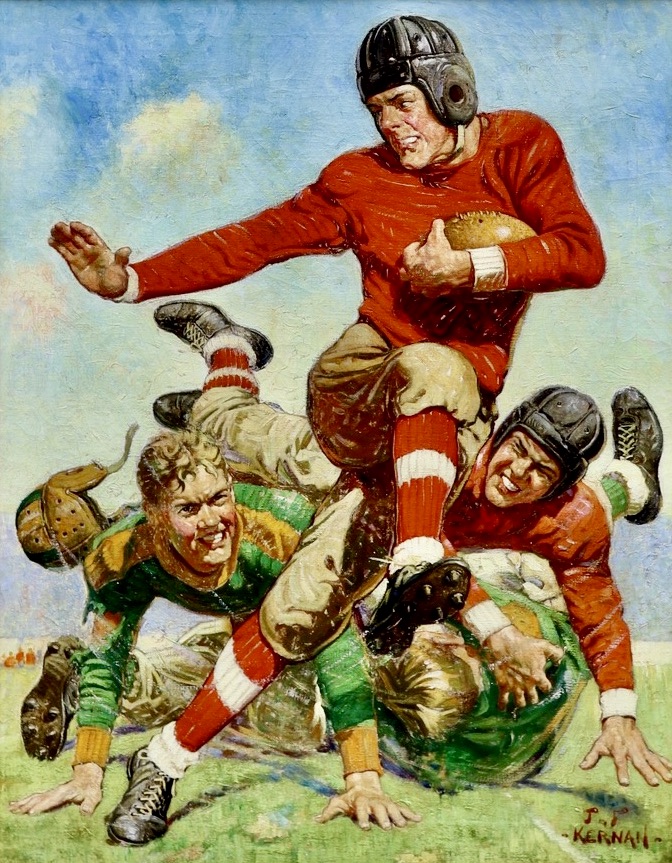 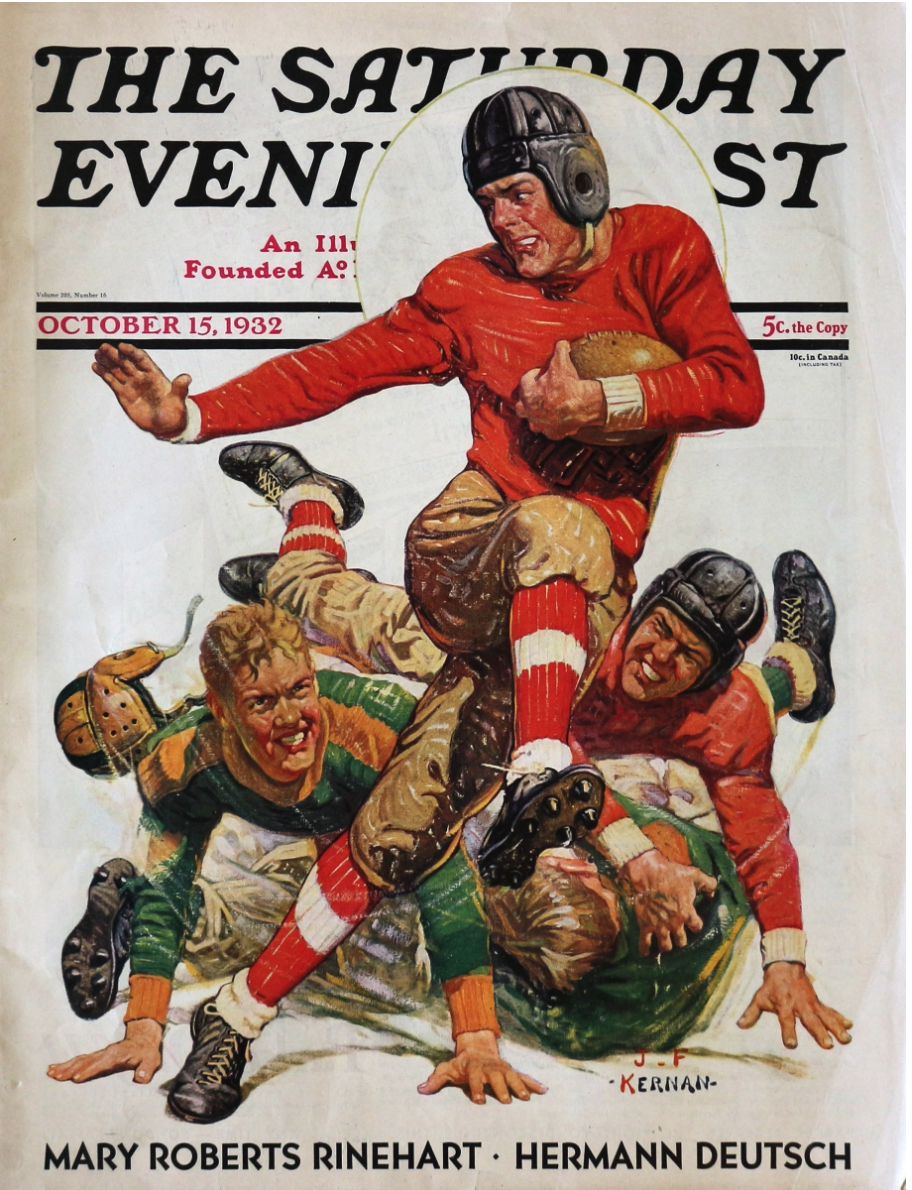 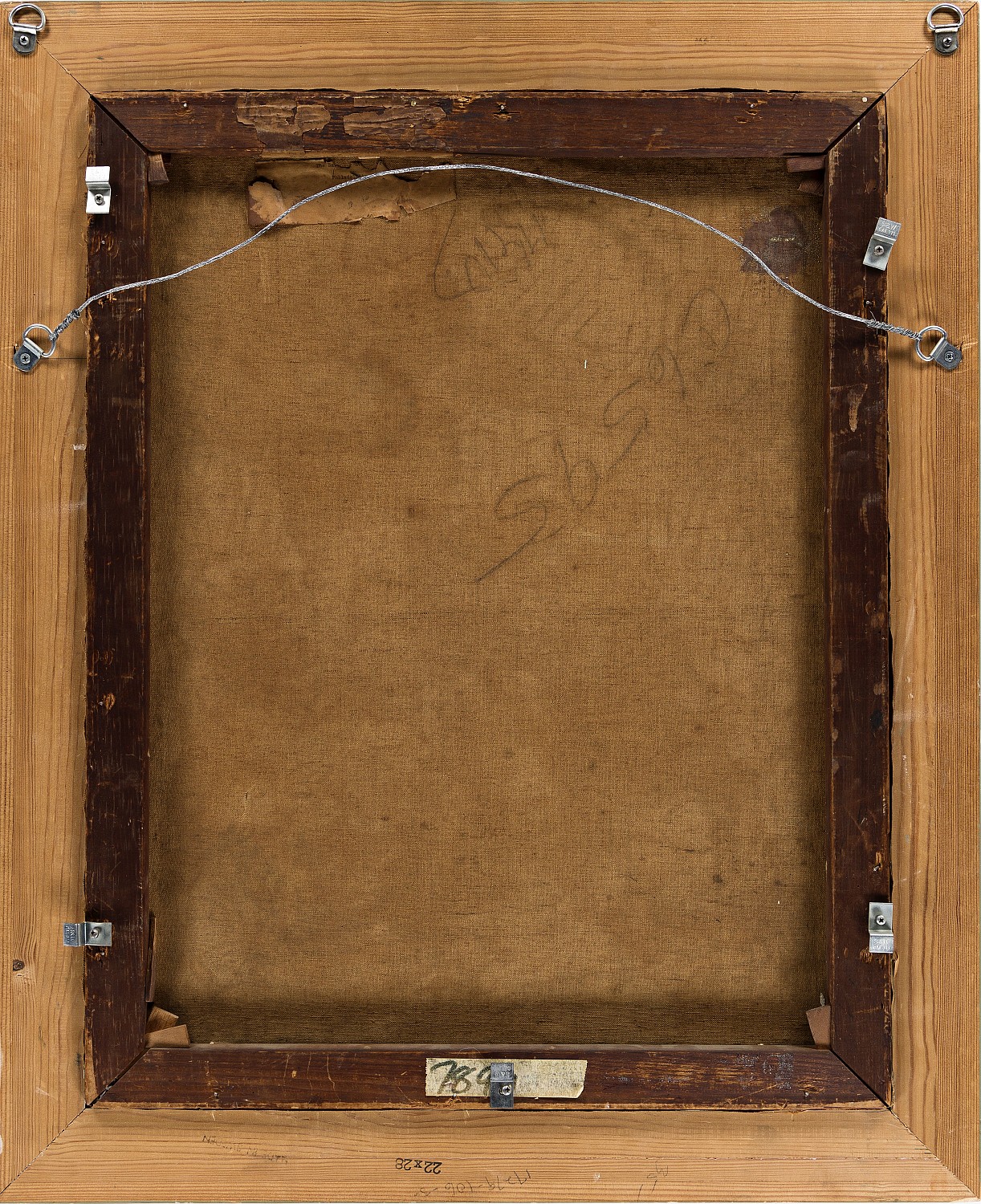 Joseph Francis Kernan was a master of nostalgic and humorous illustrations of middle-class America. His work graced the covers and pages of nearly every major magazine, as well as advertisements and calendars produced between the 1920s and 1940s. An outdoorsman and athlete who played professional baseball to help finance his art education and early career in commercial art, Kernan often incorporated sporting themes into his work with a keen sensitivity. He described his desire to capture 'the human side of outdoor sports, hunting, fishing and dogs.'

This cover, one of twenty-six he would create for The Saturday Evening Post, became so popular that it was reproduced numerous times. Compared with this finished painting, the published cover silhouettes the players to allow for the magazine's graphic device of partially hiding the title to give the illustration a three-dimensional effect. It shows Kernan's signature farther to the left than he signed this canvas, which also contains full background imagery of a bright blue sky with clouds, a grassy playing field, and the hint of a cheering crowd in the far background.

Many have noted the similarity between this image and the Heisman trophy, awarded annually to the most outstanding player in college football since 1934. It was likely the inspiration for Frank Eliscu, the sculptor who created that trophy two years later. Having appeared on the cover of a magazine with a circulation of over a million, he, like most Americans, would have been familiar with this image. In the cover and the trophy, the football is cradled in the player's left arm while he looks out towards his extended right arm and outstretched hand.