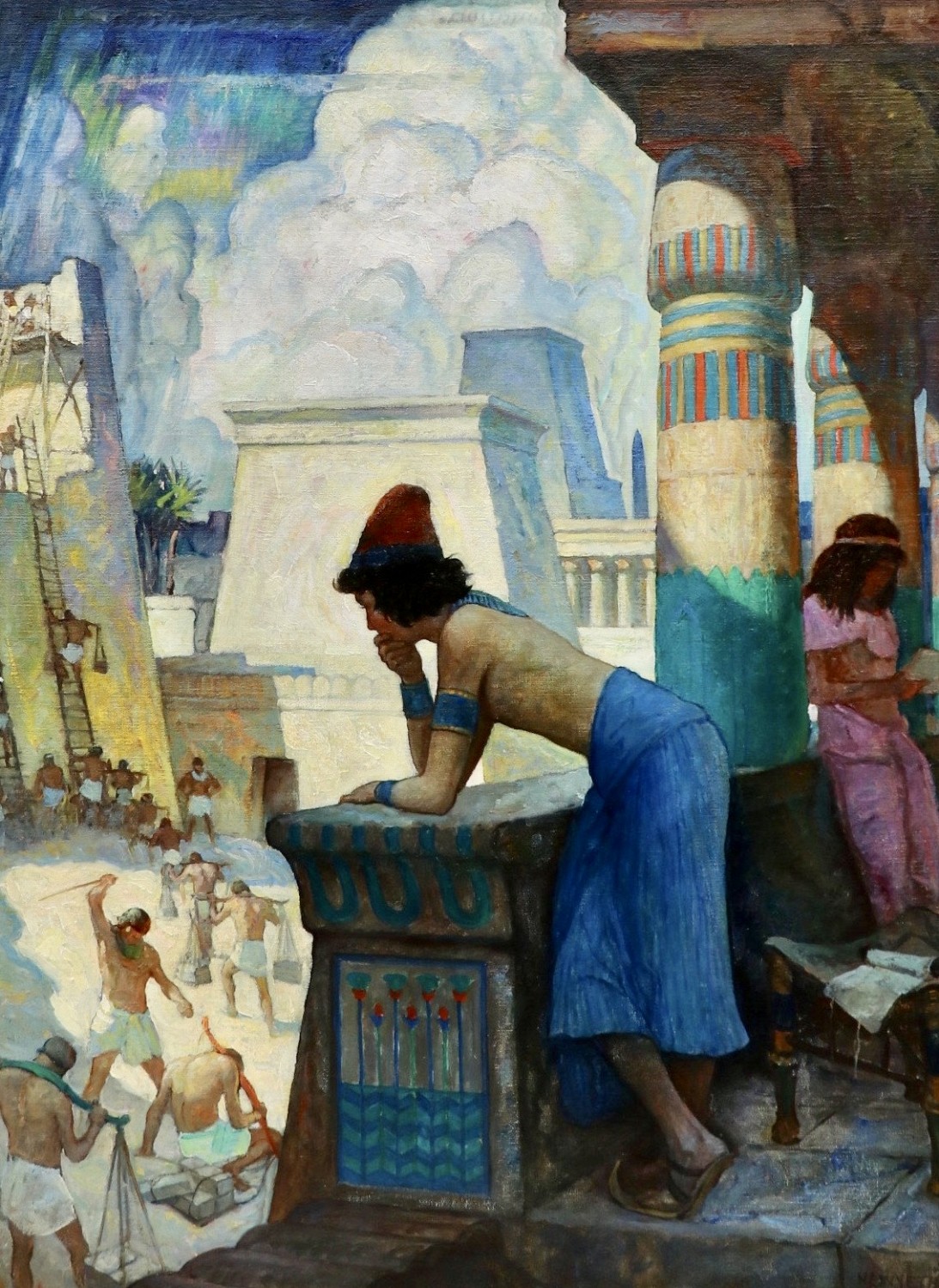 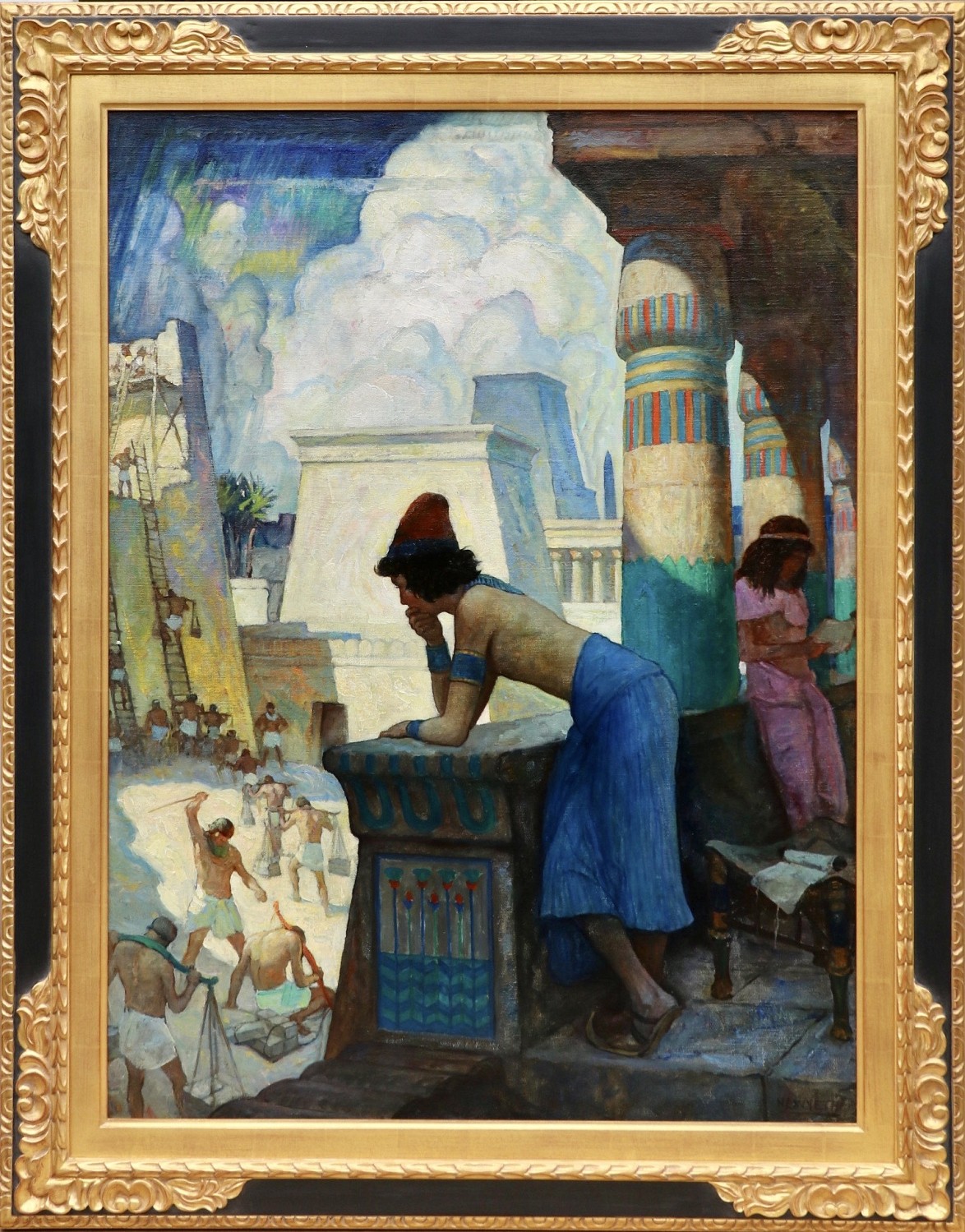 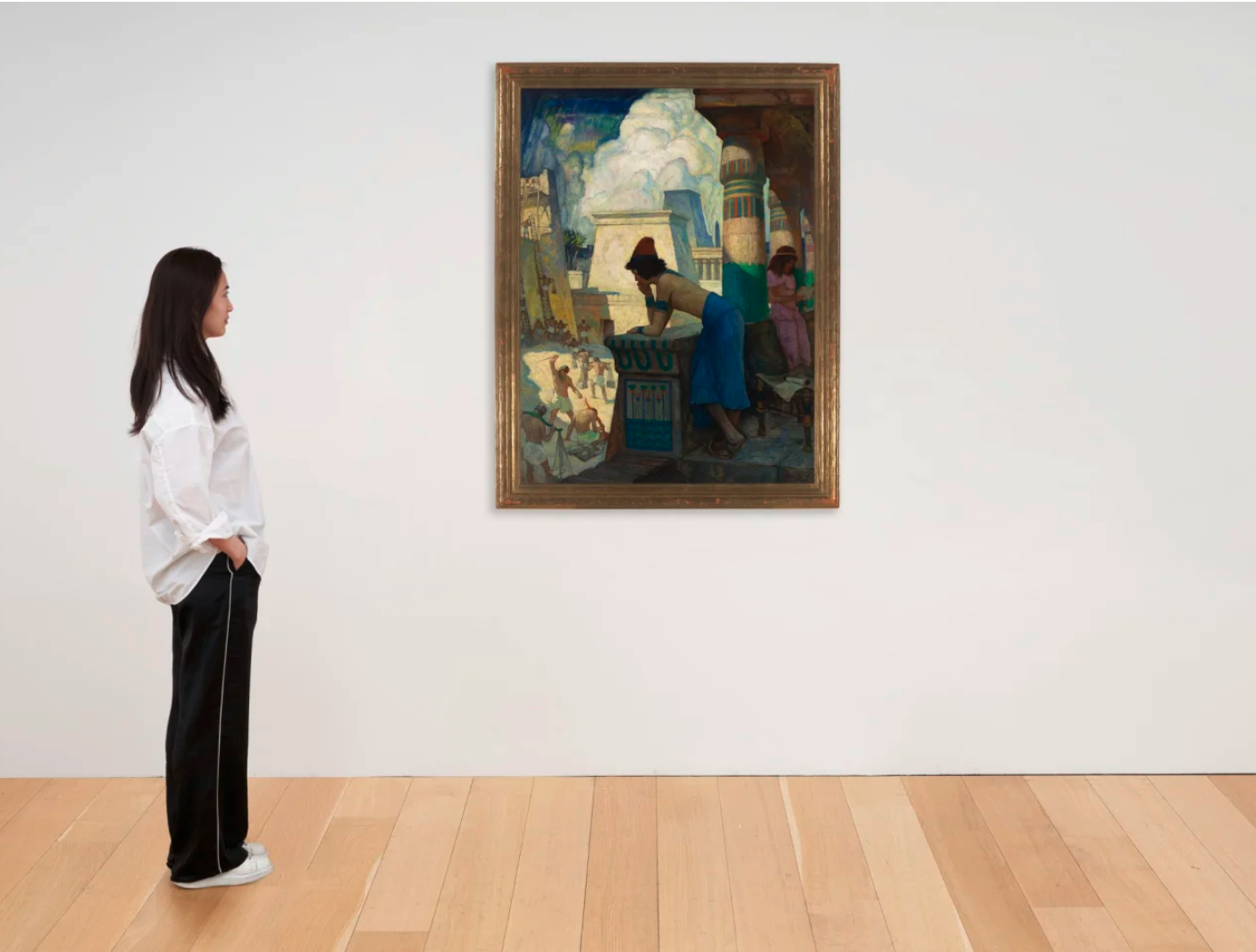 The present work was reproduced as an illustration for Bruce Barton's story "The Boy Who Established a Nation," published in the February 1929 issue of Good Housekeeping. Part of an educational series titled "Children of the Bible," the present work illustrates the story of Moses in Egypt and depicts the moment when, "The boy, Moses, clad in princely garments, witnessed the bitter suffering of his people at the hands of the Egyptian taskmasters. As he grew in years he became increasingly conscious of his kinship with the oppressed and exploited workers." (B. Barton, "Children of the Bible, Part II, The Boy Who Established a Nation," Good Housekeeping, vol. 88, no. 2, February 1929, p. 51)

Wyeth was a committee member of the 32nd Annual Delaware Show of the Wilmington Society of the Fine Arts and donated the present painting as the prize for the local high school's related essay contest titled "The Picture I Like Best in the Exhibition, and Why I Like It." The contest winner was awarded the painting shortly after the artist's untimely death. (Image of the essay can be seen, 4th picture)