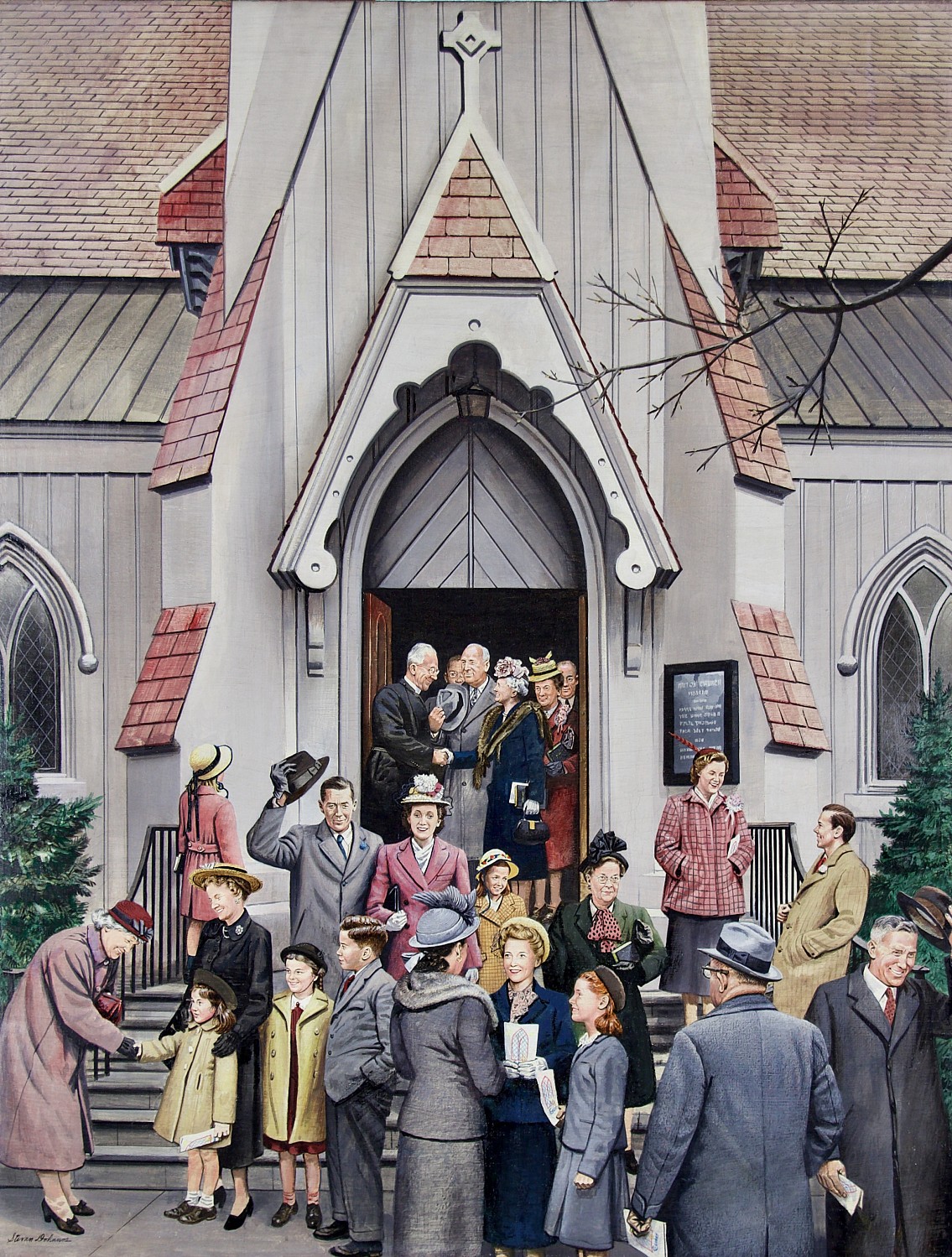 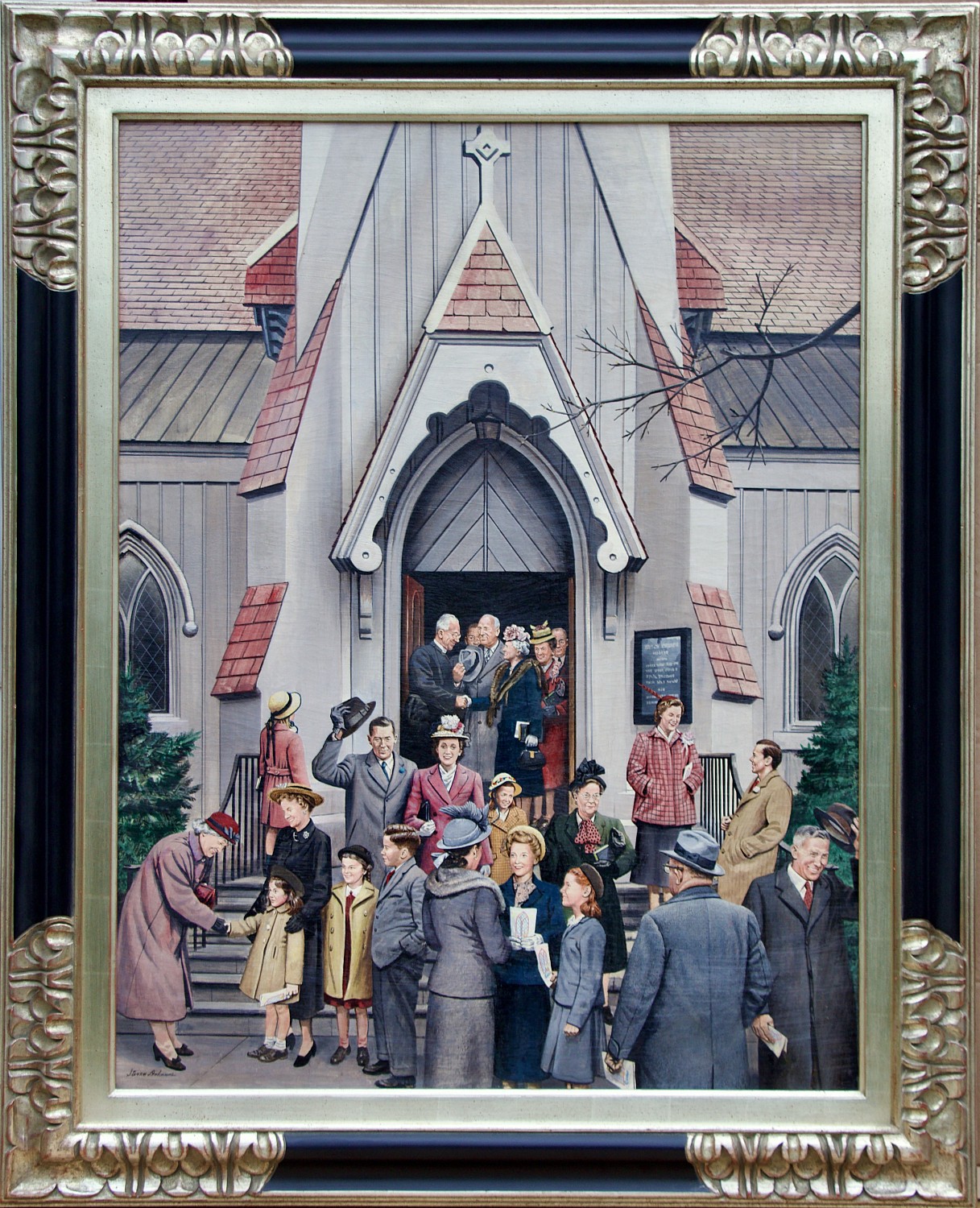 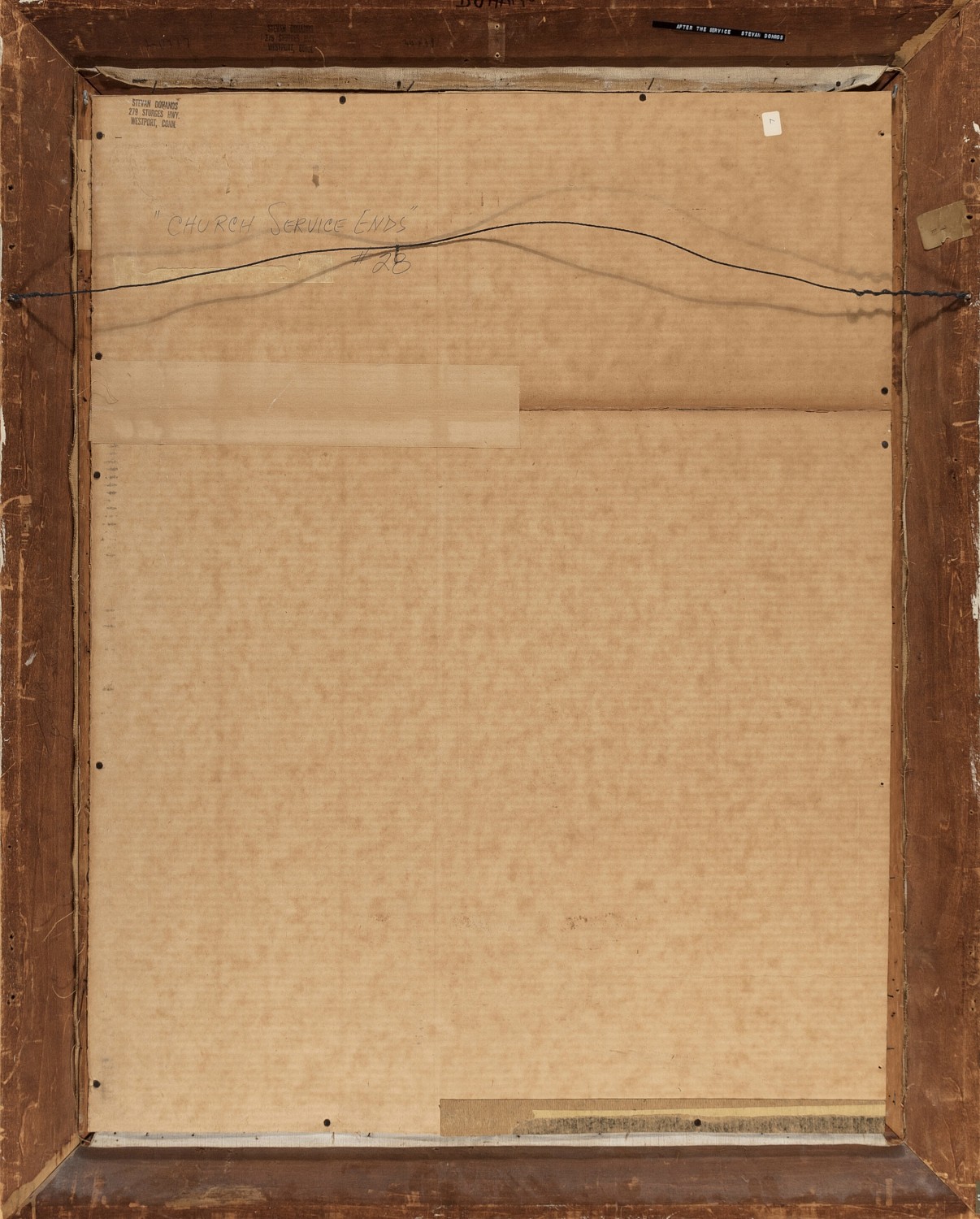 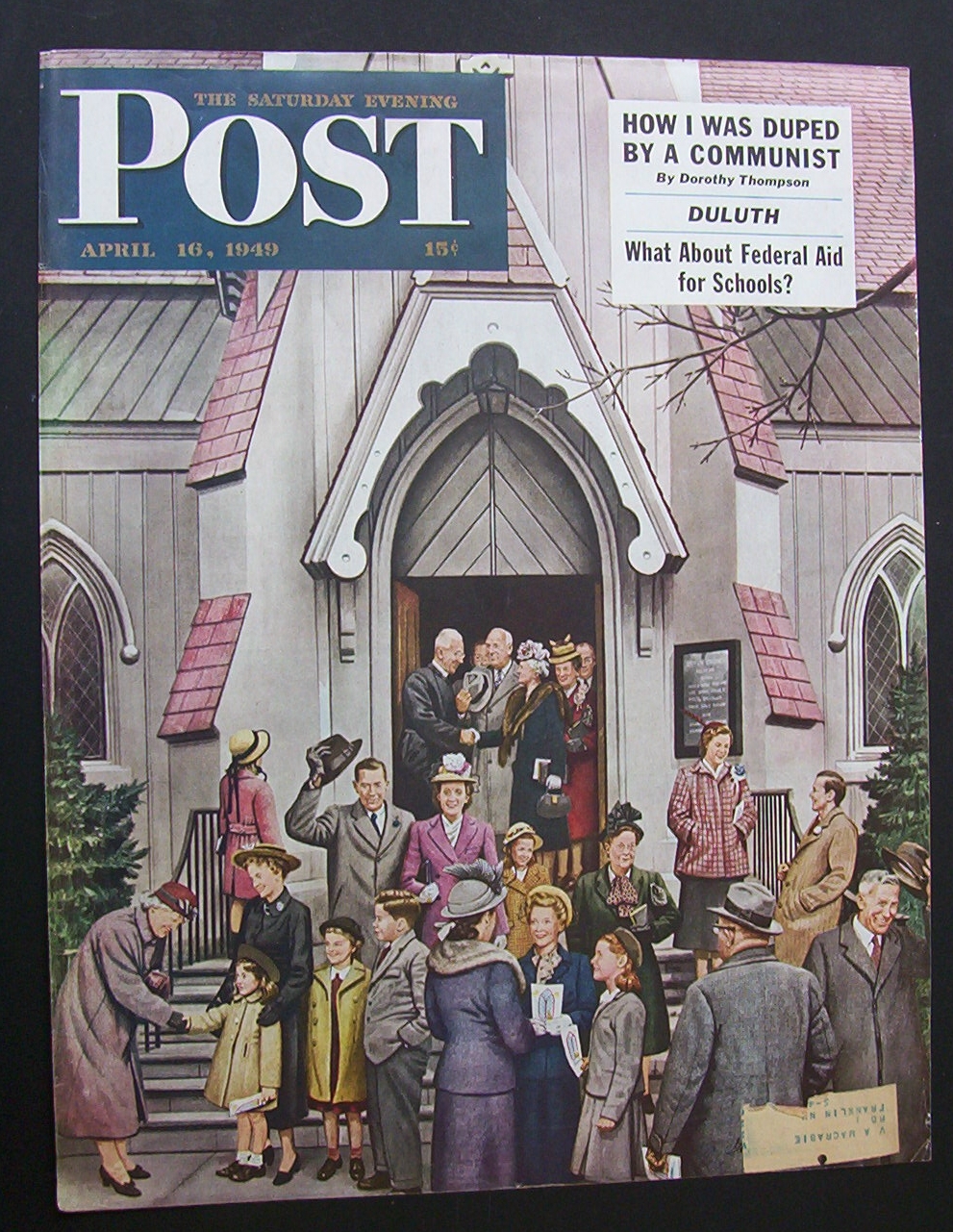 This piece was created for the cover of April 1949 The Saturday Evening Post, depicts congregation members mingling following an Easter Sunday service on the steps of the Wilton Episcopal Church in Wilton, Connecticut, now the Wilton Baptist Church. In the scene, Dohanos featured his wife, friends and community members as his models. According to a hand-written note from the artist being sold along with the painting, the crowd included Helen and Eugene C. Beck, Jr. and their children, Hannah Lee and Helen. Also depicted is Mrs. Katherine Ketzinger, and one of the ladies on the steps was known in the community to work at the Weston, Connecticut Town Hall. The artist's wife is pictured prominently in the foreground with her back turned to the viewer, elegantly dressed in a gray suit, fashionable hat and fur stole.

The previous owner of this work acquired the canvas around 1980 while working at the Wilton Gallery in Connecticut, owned by Gary Dietz. In June of 1980, the gallery held an exhibition of works by Dohanos and his sons Peter, Paul and Anthony, which featured paintings that Dohanos had created for his newly published book titled Stevan Dohanos, American Realist. Upon meeting the artist, Mrs. Vos recalls that he invited her along with her husband to visit his studio, and allowed them to choose a painting for purchase. The work remained in the Vos family since its acquisition at that time until purchased by The Illustrated Gallery in May, 2022.