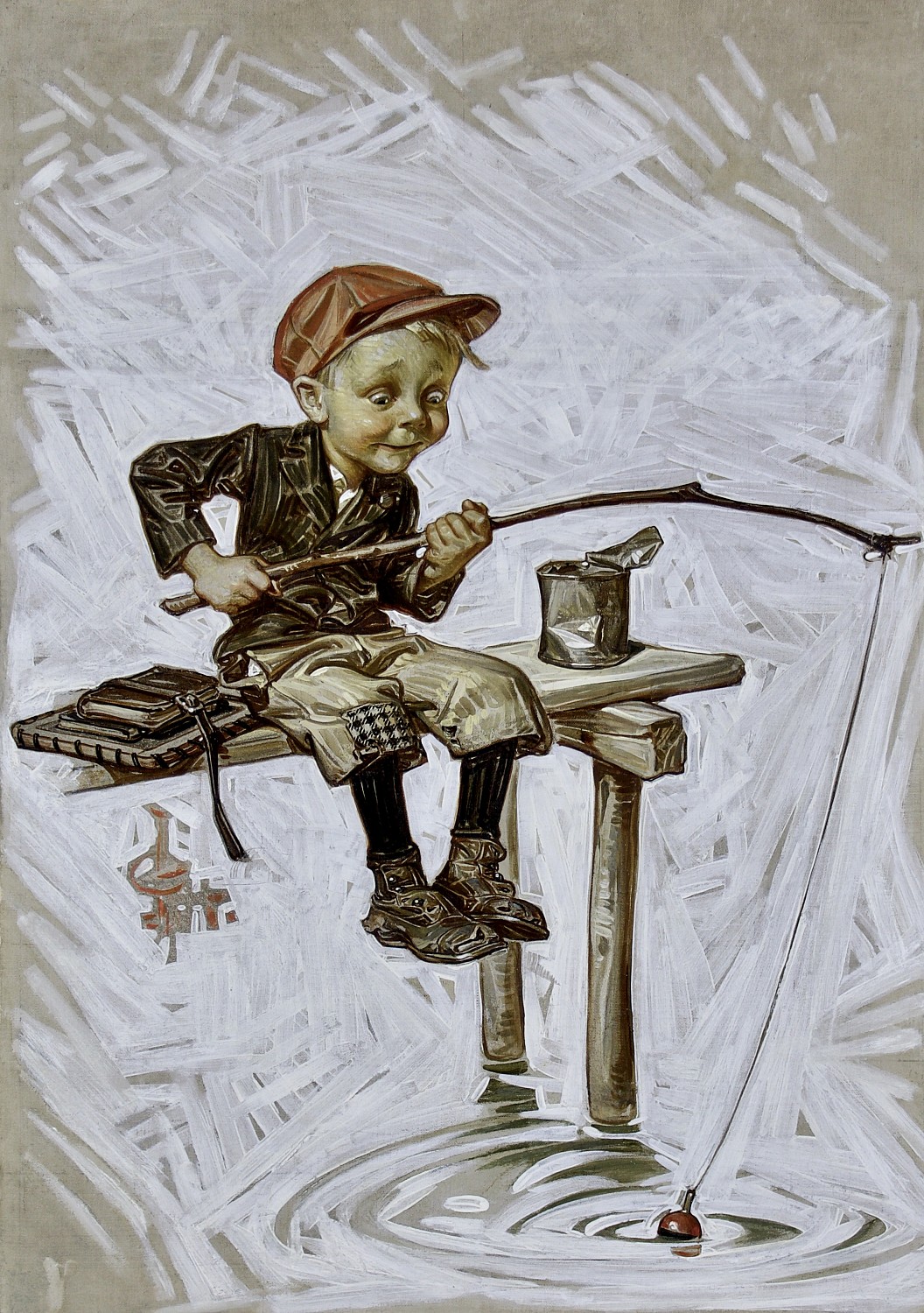 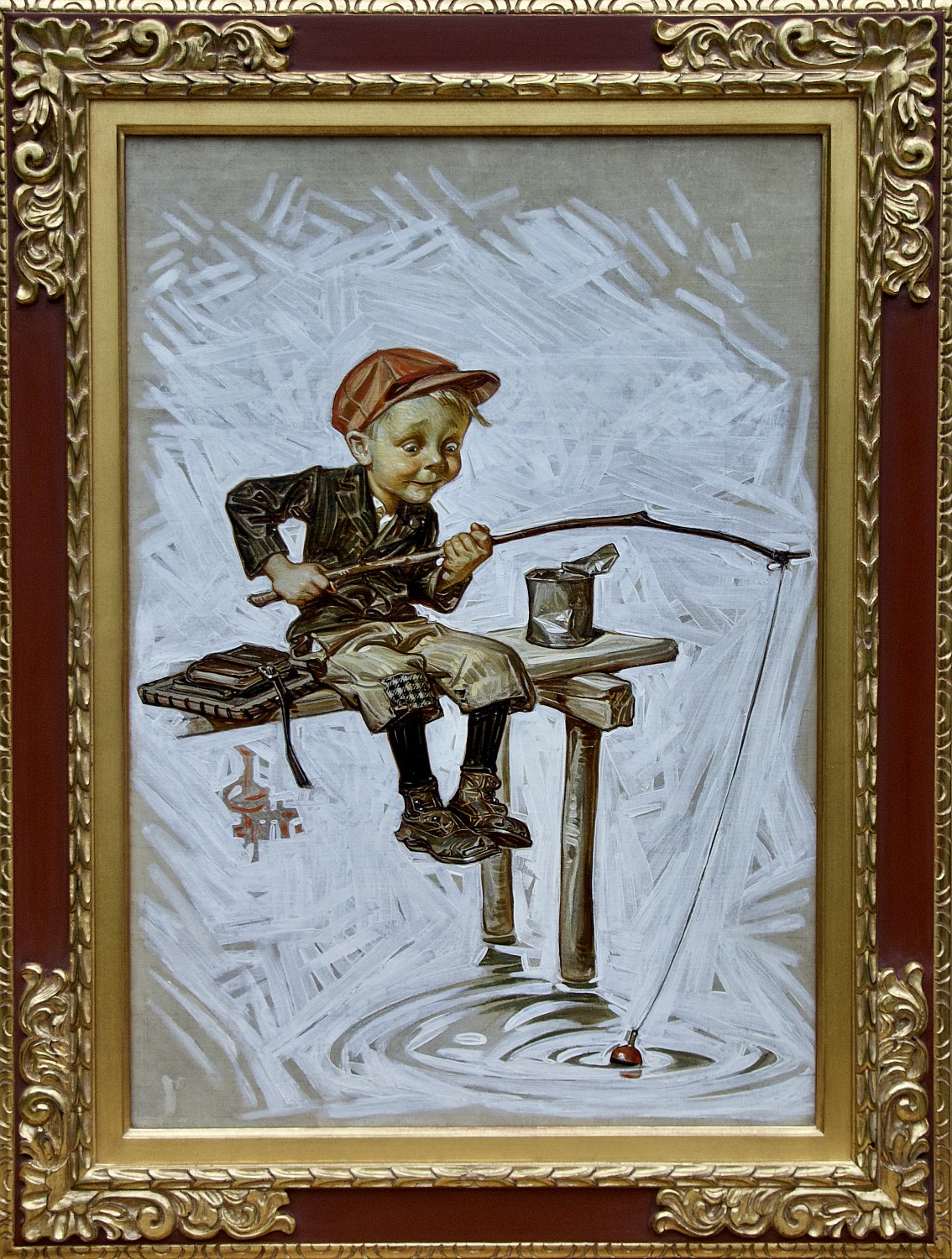 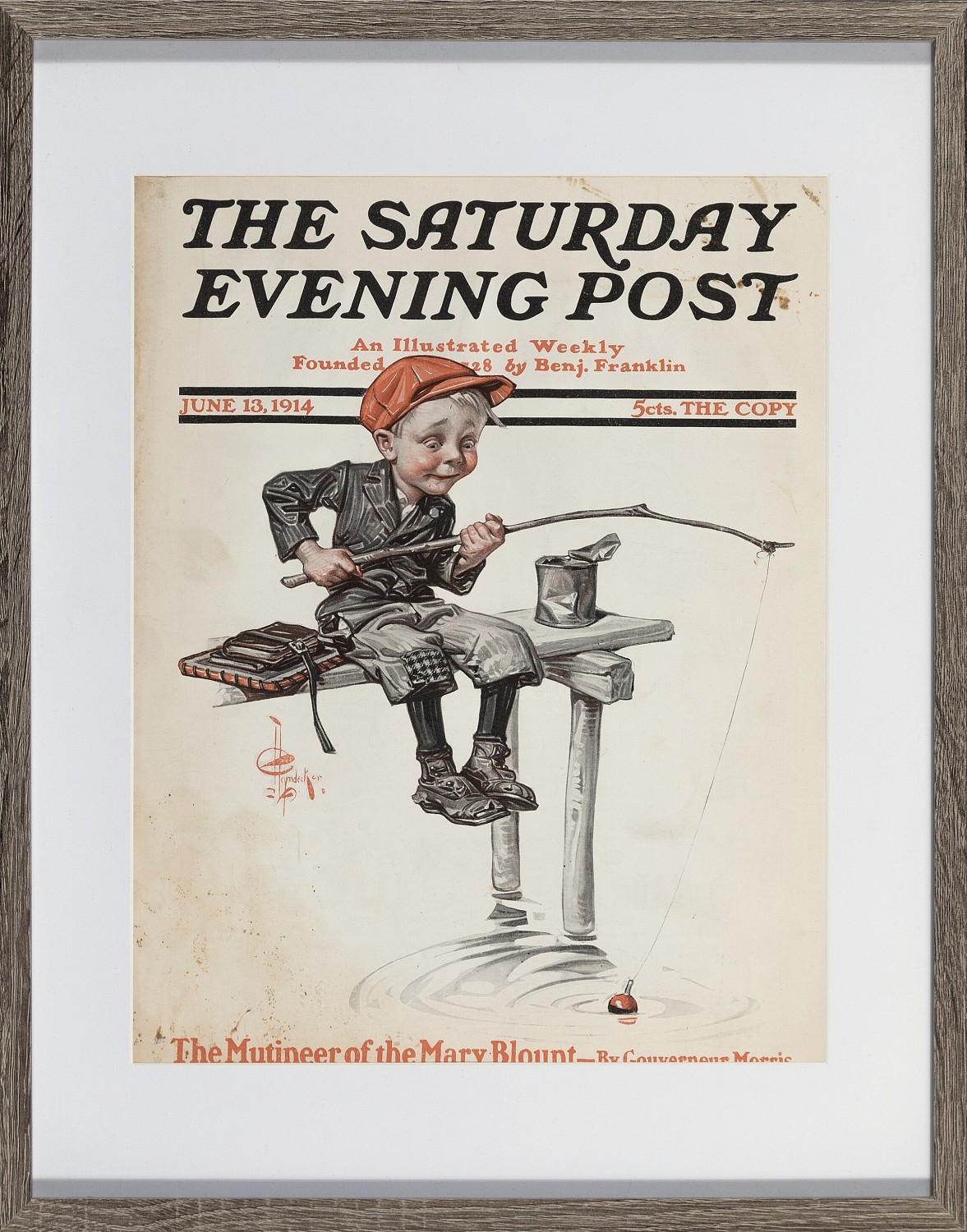 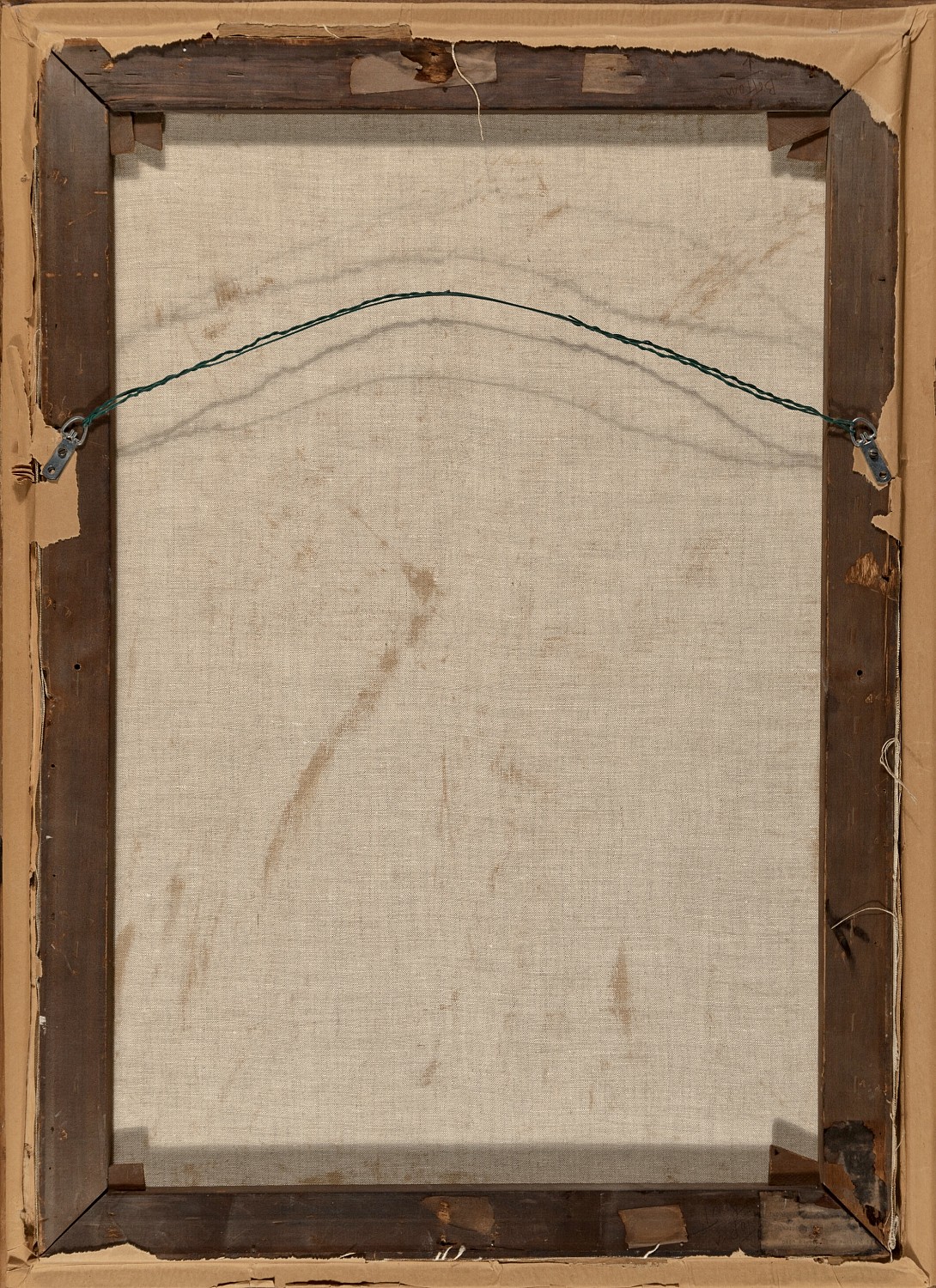 A gifted and inimitable draughtsman, Joseph Christian Leyendecker stands as a principal figure in the Golden Age of Illustration. As the inventor of the Arrow Collar Man, he defined dapper dressing and everyday activity for the entire prewar generation, and as the creator of more than 300 covers for The Saturday Evening Post, he revolutionized modern magazine design and chiefly informed Norman Rockwell's wistful vision of America.

A sensitive observer, Leyendecker also created poignant, whimsical works capturing the antics of children, as evidenced by his iconic, recurring New Year's Baby created exclusively for The Post. To many collector and historians, Leyendecker's scenes of children are some of the finest of his entire oeuvre. Playing Hooky of 1914 typifies Leyendecker's masterful ability to story--tell using a solitary figure as his subject-a precocious young boy enjoying some fishing time while cutting school--rendered in his distinctive staccato painting style.

By 1926, when The Saturday Evening Post went to four-color printing, which reproduced his paintings in all their creative and technical splendor, Leyendecker was the most famous illustrator in America. The artist understood not only how to paint, but also how to present a clear message to his audience at the newsstand in an instant. Of all the Golden Age Illustrators, Leyendecker perhaps understood best how much to include in his composition, but more importantly, he understood restraint, and how much to leave out, in order to get his message clearly across.

On the subject of magazine covers, Leyendecker told The Post:

"A cover is a poster; and more related to murals, even sculptures, than to illustration. It should, therefore, tell its story on one plane, be without realistic perspective and distance.... A cover that carries an explanatory legend defeats itself...The editor prefers the cover to the simple picture because the cover sells more copies of his magazine. It sells more copies because it carries further and hits harder. It hits harder because it is a symbol; it is concentrated and says what it has to say in a straight line. It carries further because a good cover has a distinct silhouette. The reader will notice it at a greater distance. And though he can't make out the design, still the design will pull him in." (as quoted in K. Steine and F.B. Taraba, The J.C. Leyendecker Collection: American Illustrators Poster Book, Portland, Oregon, 1995, p. 12)

In the present work a darling young boy, blonde hair tousled and pantleg patched, sits on a dock with his schoolbooks abandoned beside him, excitedly waiting for a catch. His glee is unmistakable, knowing that his parents are none the wiser to his skipping-school-escapade. Positioned up close on the picture plane, one cannot help but notice the spectacular rendering of various textures evident in the painting, from the crop of blonde hair to the creased jacket and pants, to the smooth shiny surface of the beat up can holding his bait. The simple yet effective scene is skillfully rendered in rich reds, browns, and yellows, applied with Leyendecker's hallmark cross-hatching technique. The result is a highly refined, wonderfully descriptive snapshot of a moment that every person who misbehaved in childhood can appreciate.

Playing Hooky was painted in 1914, the same year as 'Beat-up Boy, Football Hero' which established a new auction record for artist when it sold for a staggering $4,121,250 at Heritage Auctions in May 2021. it is likely that the same boy served as a model for this work. Additionally, the present work has a similarly interesting history: The consignor's father, while helping clean out the artist's home following his death, saved the work from destruction in 1951 when Leyendecker's sister was destroying his works and selling his art for a pittance in New Rochelle, New York.