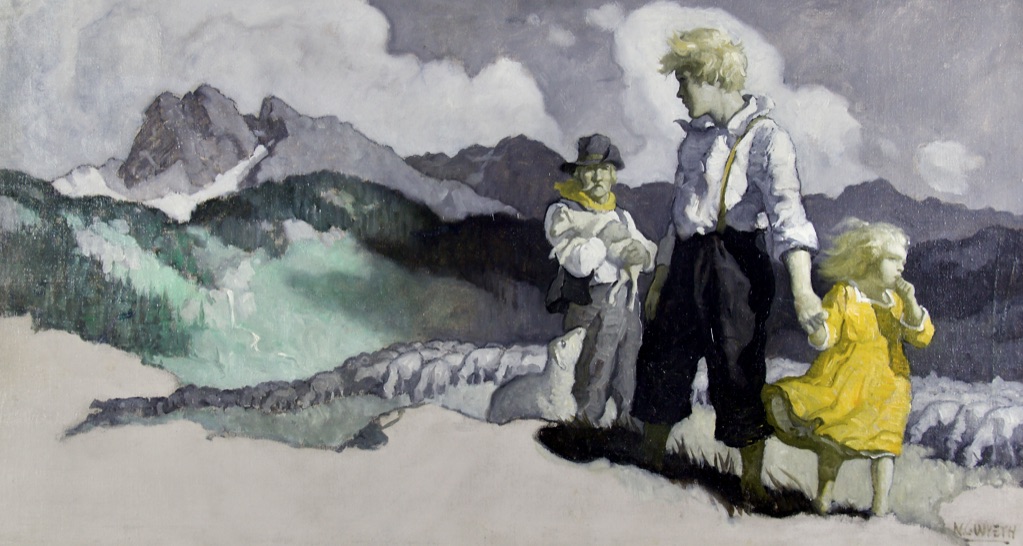 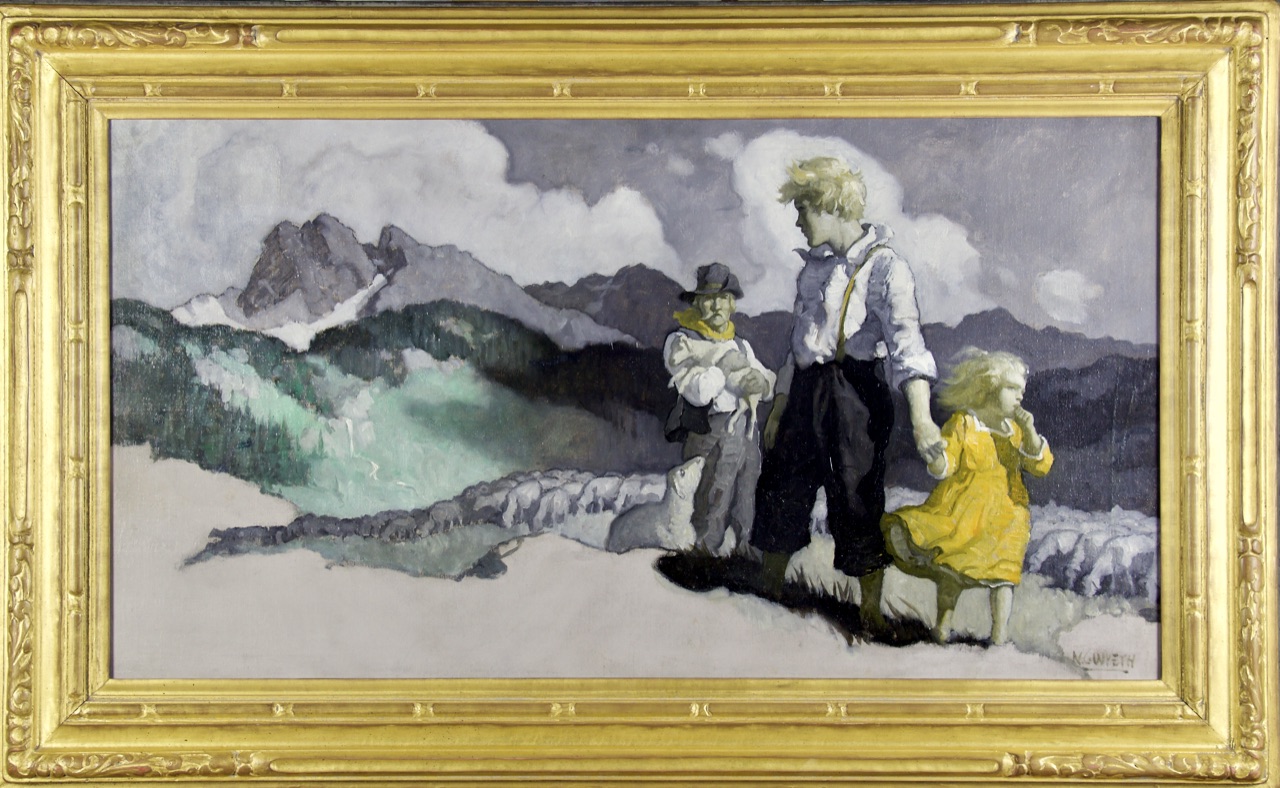 Considered one of America's greatest illustrators of the 20th century, N. C. Wyeth garnered considerable acclaim for his work with the publishing company Charles Scribner's Sons, particularly for his compelling illustrations of Robert Louis Stevenson's Treasure Island in 1911. The Father Kept the Children Near Him, but Always Young Olaf Looked with Tragic Eyes Toward the Slope where Padfoot Waited was executed in 1923, some 10 years after the artist's first commission for the publishing company's popular series of classical stories. The painting served as an illustration for Vingie Roe's The Grace of the Dim Strain, a short story published in Hearst's International in 1923.

With its restricted colored palette (almost all en grisaille) and panoramic format, the present work bestows N.C. Wyeth's talent for setting a dramatic atmosphere. The characters are all lined up as if they were on a stage. Although they all look in different directions, which adds to the dynamism of the scene, they remain unified by the mustard-yellow hue present on each of their attire. The apparent strong wind, paired with the ominous clouds rolling in the distance and the impressive shadow cast at the mountain's feet, imply something ominous is about to occur, which the viewer is dreading, yet impatiently waiting, to see.