"The Reading of the Declaration of Independence"   Lot no. 792 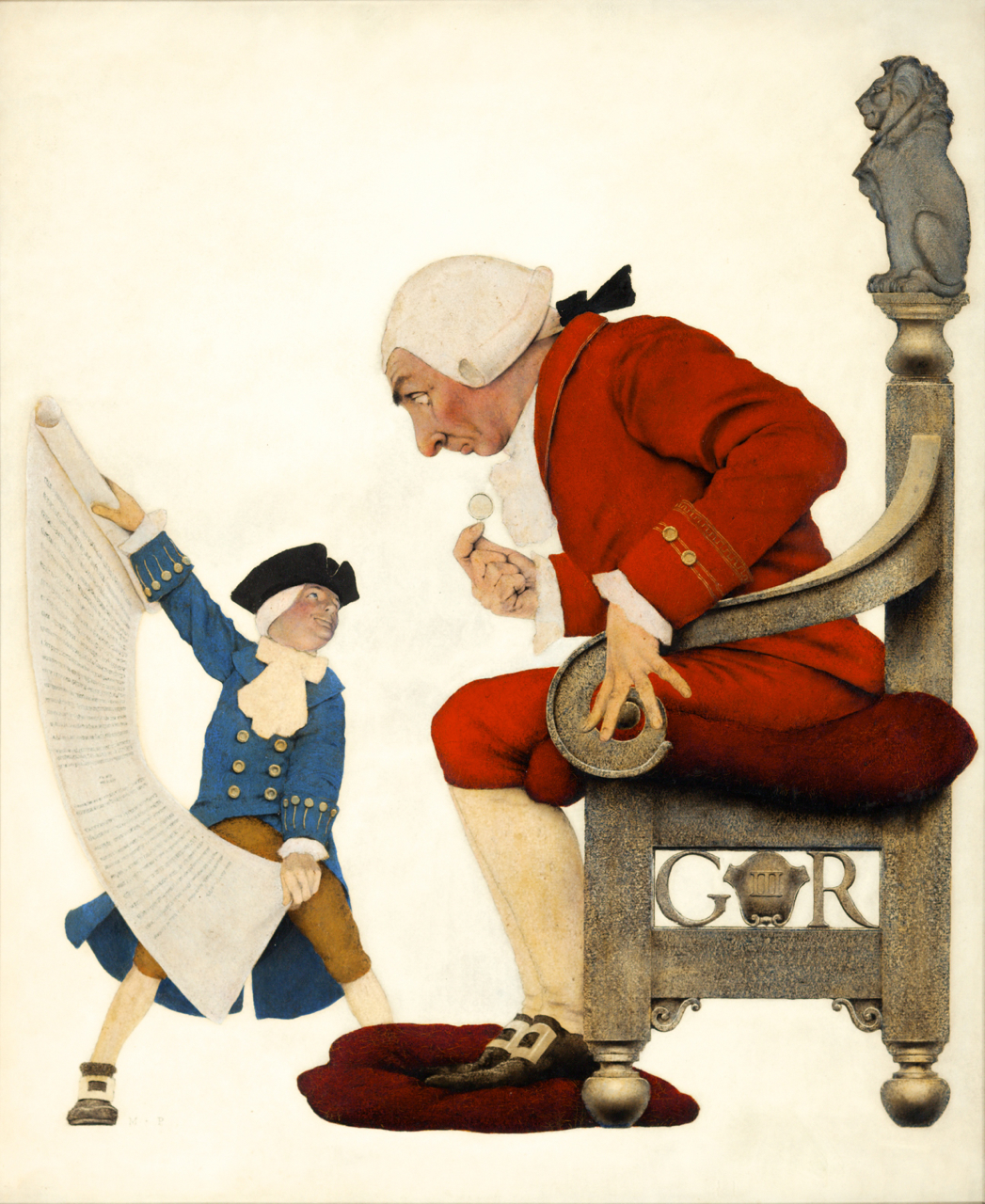 Although Maxfield Parrish lived ninety-six years, he always was a child at heart.  His subject matter seemed to have originated from childhood interests in fairytales, giants, castles and make-believe.  He used the same ideas for book illustrations, advertisements and murals.  His 30-foot wall decoration of Old King Cole still hangs in the St. Regis Hotel in New York City.  He employed a series of rich colors and glazes to create bright, imaginative pictures.  Reproductions of his paintings sold by the tens of thousands.

“Reading the Declaration of Independence” was painted for Colliers in 1905.  It depicts a page holding a copy of the document for King George III of England who is staring at it in dismay.

Humor is a hallmark of the works of illustrators like Parrish, Rockwell and J. C. Leyendecker and was a requirement by most publishers of the popular magazines.  It still can be found on the covers of the New Yorker today, which proves that “If it ain’t broke, don’t fix it.”

Literature: Widely regarded as one of the most popular American illustrators, Maxfield Parrish received his first magazine commission in 1895 for Harper's Bazaar's Easter cover. This was the start of a blazing career working for publications such as Life, Ladies' Home Journal, Harper's Weekly and Scribner's. "From every newsstand his work would be instantly recognized, sometimes gracing different publications alongside each other." (A. Gilbert, Maxfield Parrish: The Masterworks, Berkeley, California, 1992, p. 63)In 1904 Parrish signed an exclusive contract with Collier's stating that his future work would be published solely in the publication until 1910. Parrish received $1,250 a month and retained all the original paintings. Collier's pages were larger than most periodicals of the time giving Parrish more creative freedom. Additionally, the ability to work within a consistent style and format for six years allowed the artist greater opportunity for exploration and experimentation.