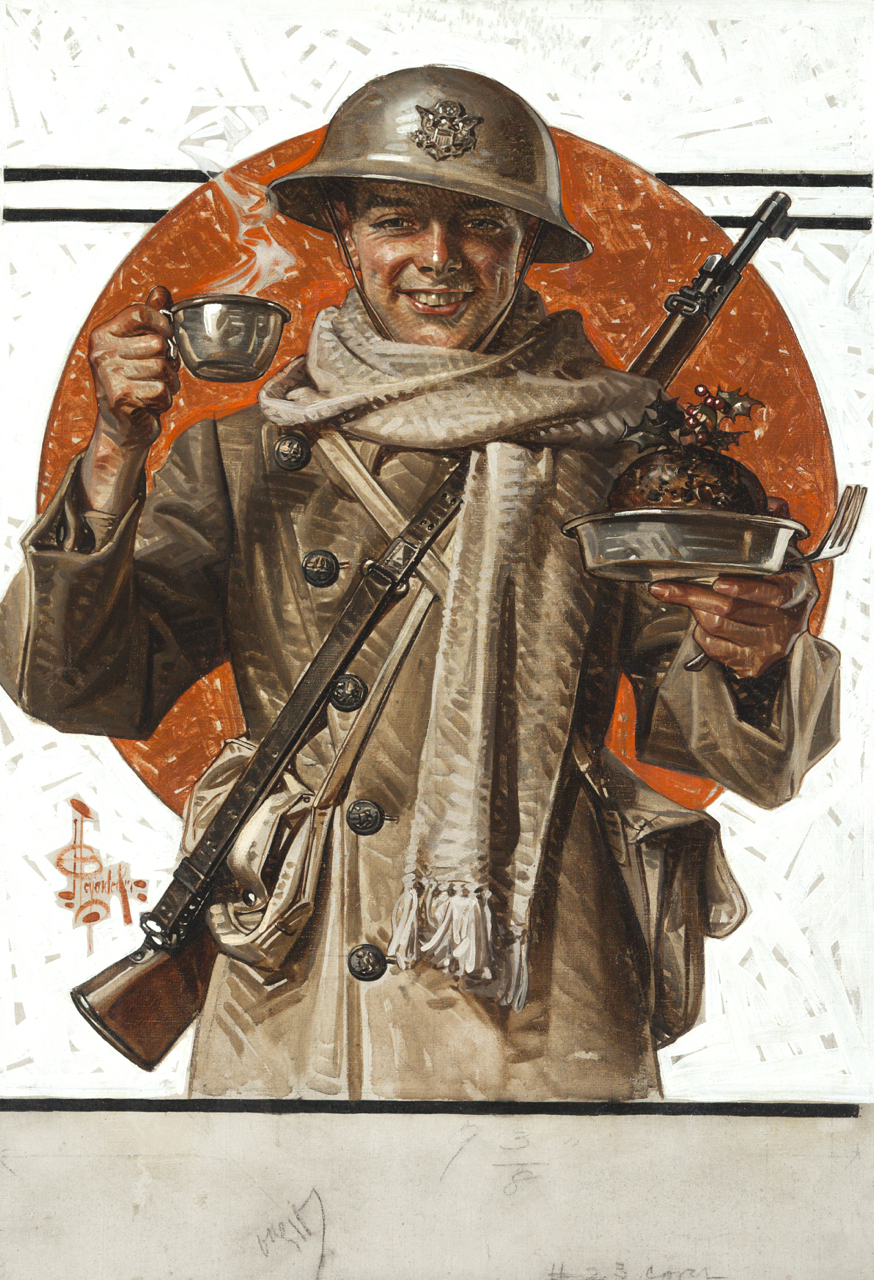 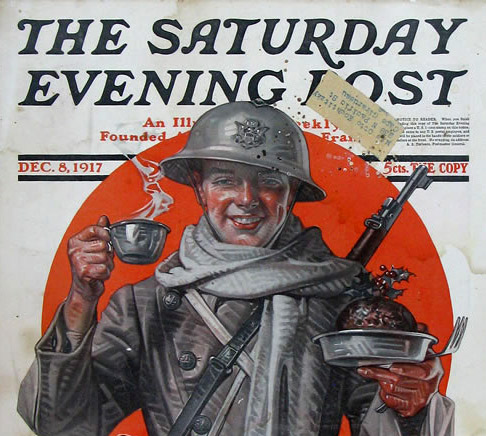 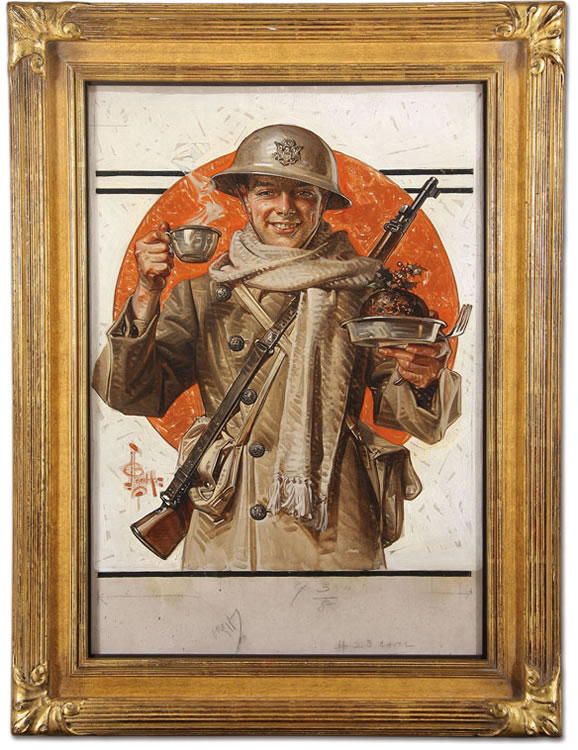 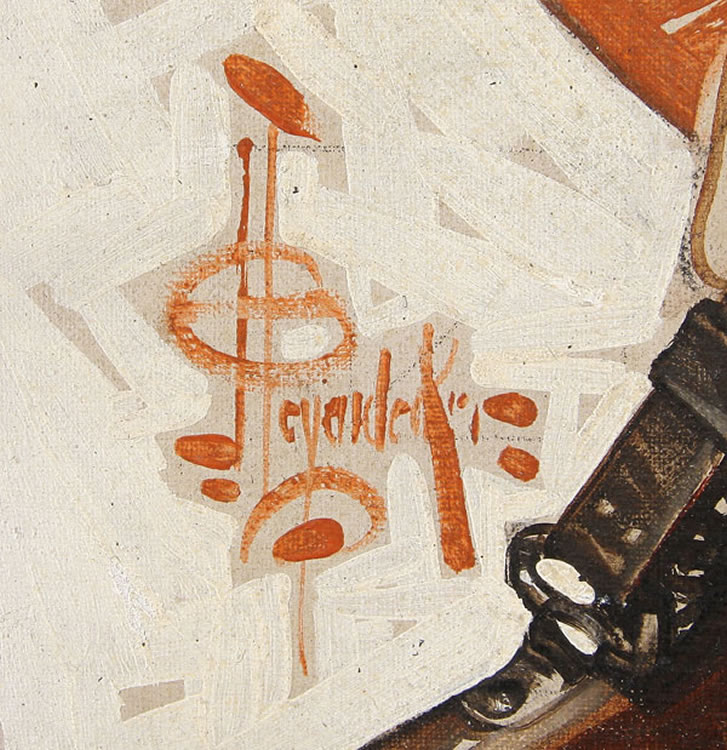 "A Soldier's Thanksgiving," was executed by Joseph C. Leyendecker for the cover of the December 8, 1917 edition of The Saturday Evening Post. The cover depicts a stalwartly U.S. Doughboy with a cup of steaming hot coffee and his holiday dinner held in his government-issued mess kit, presumably somewhere on the Western Front. U.S. soldiers of the American Expeditionary Forces had only arrived at the front lines in October of 1917, a mere 30 days before the publishing of this cover. At that time, the general mood of American Forces was very optimistic. Only seven months later, Leyendecker's Post cover (June 1, 1918) shows the same American soldier - although this time in a more somber setting, kneeling at the grave of a fallen comrade.

J.C. Leyendecker created 319 covers for The Saturday Evening Post from 1903 to 1943. In the words of Norman Rockwell, Leyendecker "Was my god." His unique hatching technique provided the speed and dexterity of pencil, with the graphic impact of color, and produced an instantly recognizable style that was admired by all who saw his work.; *Minnesota native Jesse William Betlach (1883-1958) was an accomplished commercial illustration artist who received his formal art training at the Minneapolis Institute of Art. He worked in various mediums and was commissioned by numerous Minnesota based firms, including Brown and Bigelow and Donaldson's Department Stores. Probably his most well-known work is the Land O' Lakes Butter Indian Maiden Logo which he re-designed in 1939 and which is still in use today. It is believed by the family that, through his membership in the commercial artist community, he was gifted the offered lot directly from the artist.; The offered lot includes an original framed cover of the December 8, 1917 edition of The Saturday Evening Post.