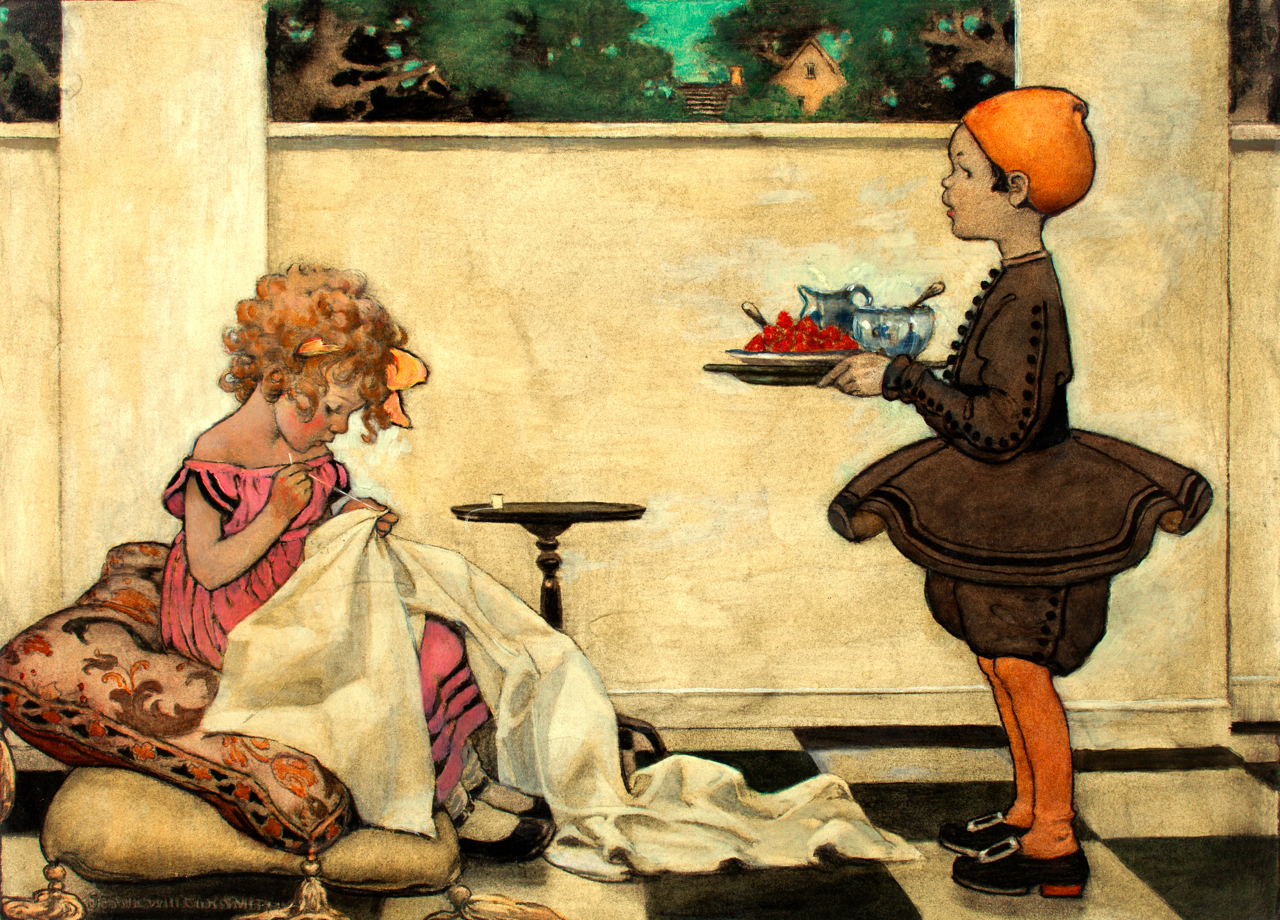 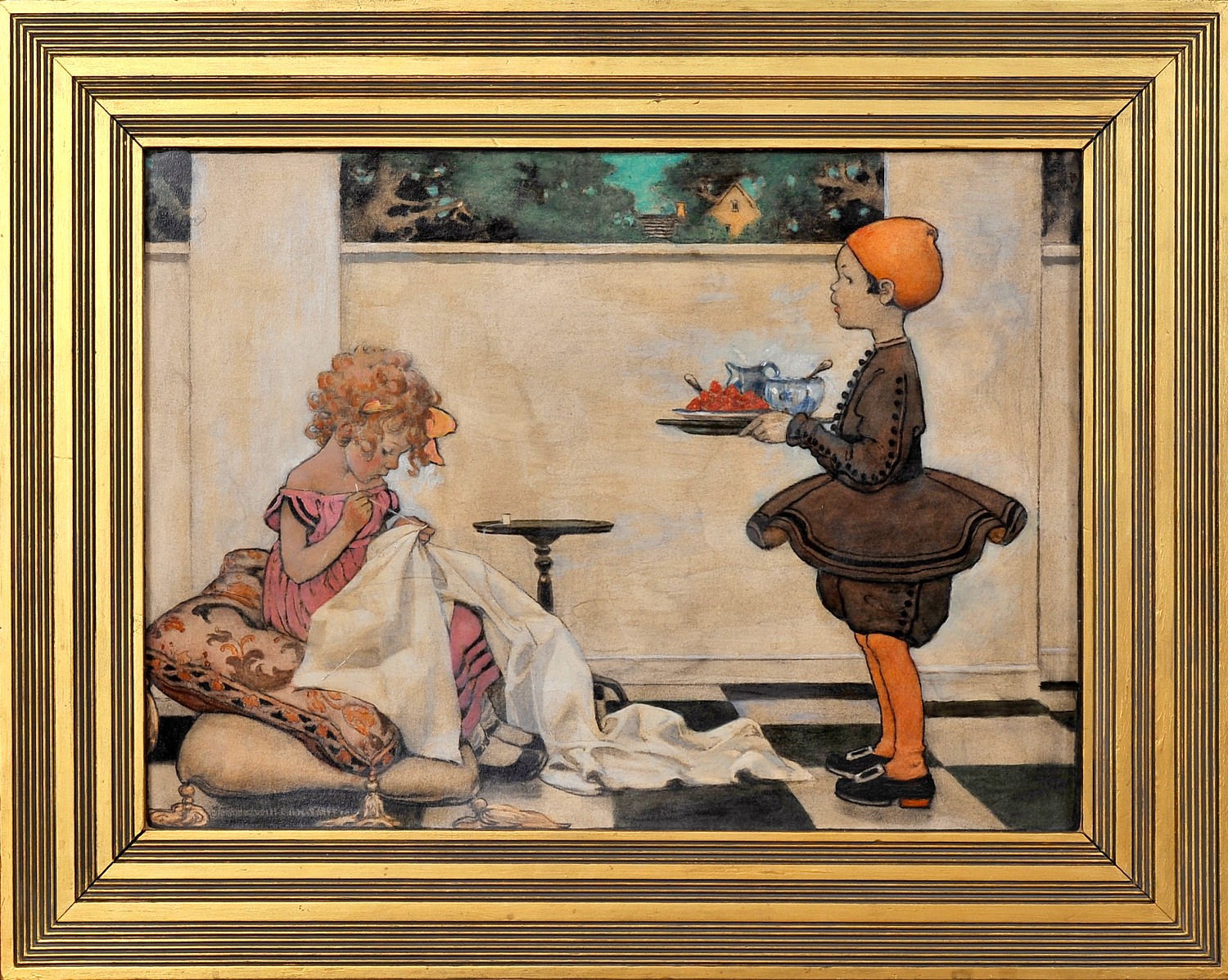 On April 16, 2009, an interesting story popped up in the Rutland, Vermont newspaper. A long-forgotten painting found in a Proctor, Vermont attic sold for $96,600 at auction.

The artwork, titled “Curly Locks,” was painted by legendary illustrator Jessie Willcox Smith in 1914 for Good Housekeeping magazine. According to the story, the artwork was originally owned by three unnamed “spinster aunts” in Rutland. The eventual seller was given the work as a thank you by the last surviving aunt, whom she helped move into a retirement home. The seller, a woman who lived in Proctor, then put it in her attic for about 30 years, only pulling it out in 2009 for an appraisal that put its value at between $7,500 and $12,500.

Imagine her surprise when the dusty old painting sold through Kaminski Auctions in Beverly, Massachussets for over $96,000!

The resulting publicity raised the attention of a few knowl- edgeable individuals in Proctor, and it didn’t take long for the woman’s story to unravel.

It turns out that the Jessie Willcox Smith painting “Curly Locks” had been part of the Proctor Free Library’s collections since some time in the 1940s, and had occupied prominent places in the children’s section of the library over many years. As one of a series of paintings for Good Housekeeping’s Mother Goose series in 1914, the work had been a treasured conversa- tion piece.

Library Trustee vice president Stephen Follett was “shocked” to read in the Rutland Herald that an anonymous woman re- ceived the same painting from one of her spinster aunts years ago and decided to auction it off to help pay for her daughter’s wedding.

About a week after reading about the painting’s auction, Follett said the Board of Trustees had gleaned the truth— head librarian Mary Brough, who had worked for the library for about eight years, confessed to taking the painting. She was forced to resign but did not face criminal charges.

“The board voted unanimously not to pursue charges,” Follett said. “For my part, the reason was our primary interest was to get the painting back. She immediately confessed her involvement and we have the painting...as far as we’re concerned, it ends here.”

After conducting an investigation that included interviews with members of the Board of Trustees and Brough, State Police Detective Sgt. Samuel Capogrossi said he brought the case to Mongeon. But after a meeting with the state’s attorney, the decision was made not to pursue charges.

“I don’t have a case,” Mongeon said. “You should talk to the Proctor Library, I can’t speak for them.”

The buyer and auction house were made financially whole. Brough had not taken receipt of the full amount from the sale. She had received only a small portion of it by the time the board and police caught on to the painting’s absence. What proceeds she did receive were all returned.

Follett, whose board was in the process of hiring a new librarian, said the painting will not return to the children’s section until it has been insured.