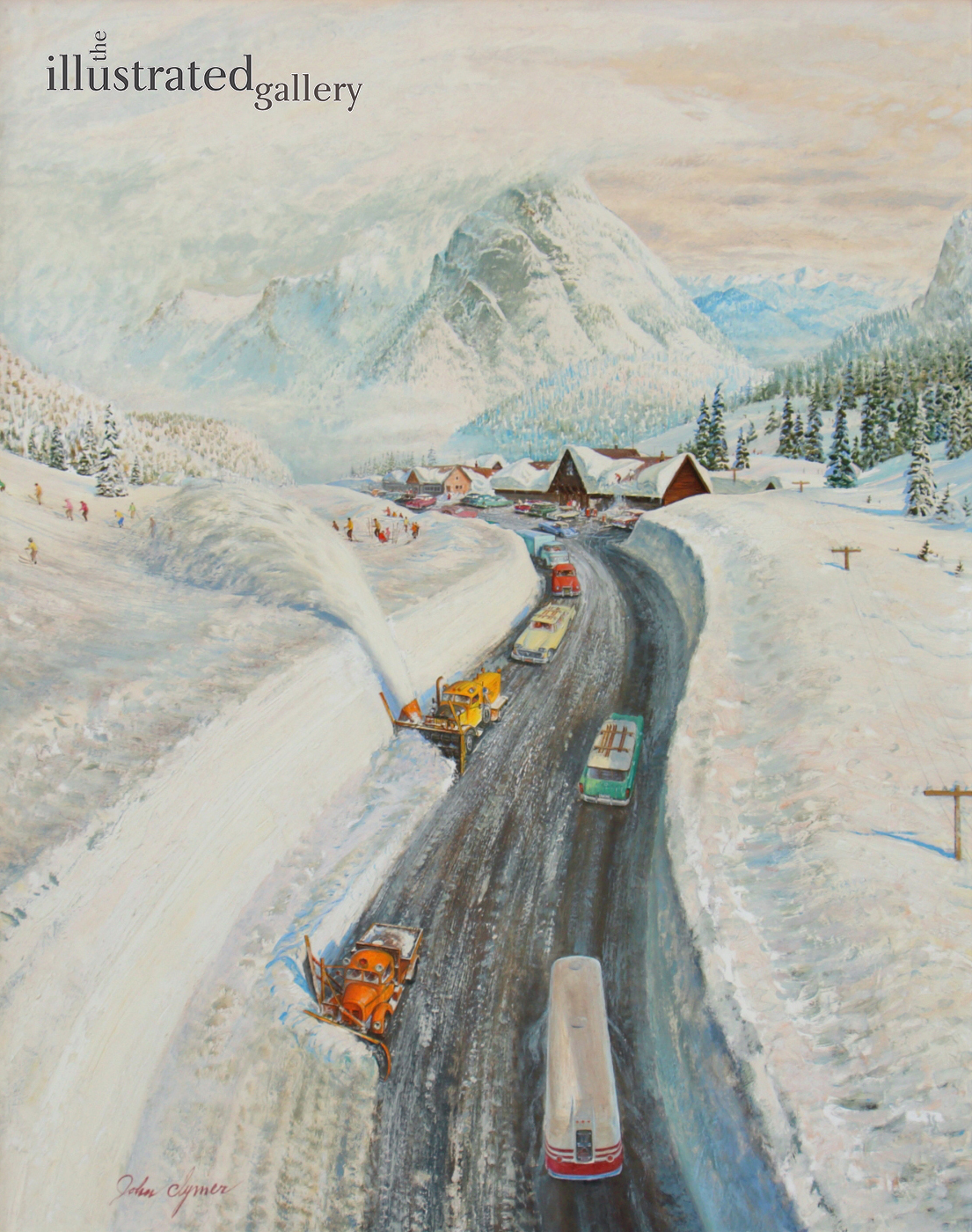 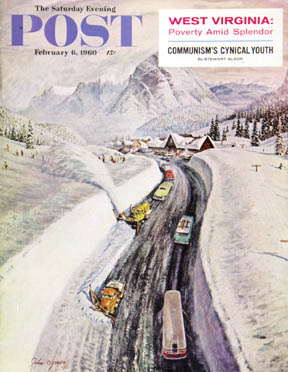 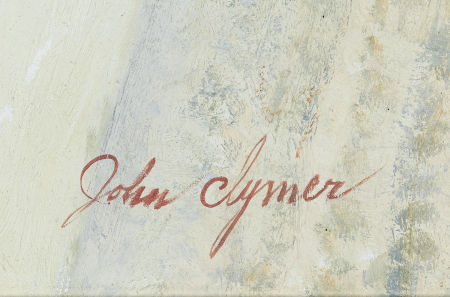 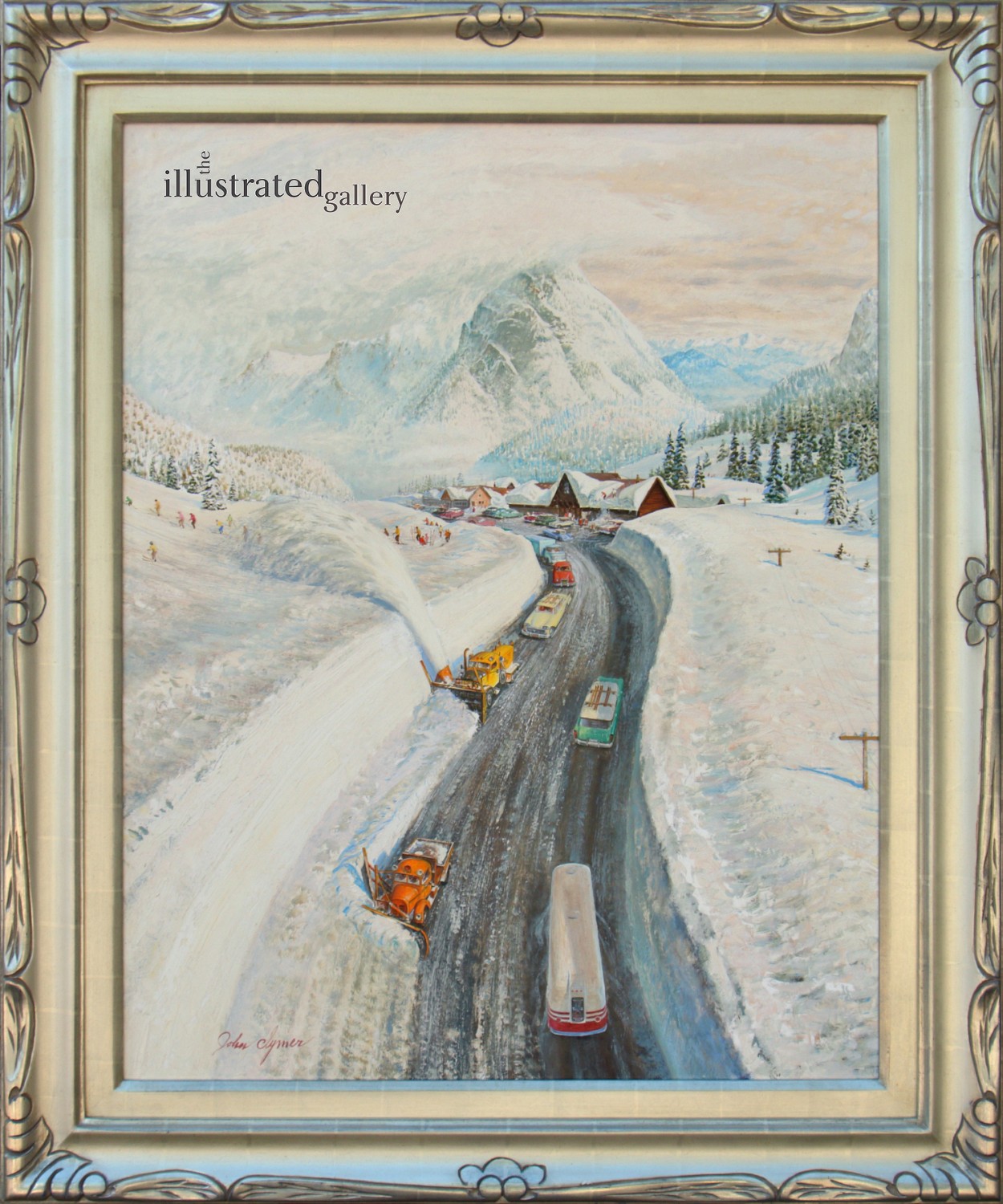 Caption: "The Cover: Artist John Clymer takes you to the summit of Washington state's Snoqualimie Pass, where they seem to have had a few snow flurries lately. Up there the moist westerly winds bump against sky-reaching peaks of the Cascade Range, with the result that the winds spill their contents before whistling dryly on down across the eastern slopes. Thus residents of places like Seattle living in a relatively balmy clime beside the Pacific's mild Japan current, can drive in an hour or two up to where skiing material is sometimes twenty feet thick if it's an inch. Indeed, when seasons overlap, a downlander might conceivably pick a rose and go skiing with it in his buttonhole. All of which, thanks to highway crews who blow off the blizzards, is a very felicitous geographic arrangement."

John Ford Clymer's success as an artist can be traced to his boyhood in the Kittitas Valley located in the central regions of Washington state. It was there that he developed an enthusiasm for the world around him and an abiding respect for historical accuracy. Over the years John Clymer received numerous awards and honors including the revered Prix de West in 1976, from the national Academy of Western Art. Other great achievements included both gold and silver metals for his oils and charcoal drawings from the Cowboy Artists of America, "Western Artist of the Year" from the National Wildlife Art Collectors Society, and both John and Doris were honored at the Ellensburg National Art Show and Auction for their contributions to western heritage. John's highest honor came in 1988 when he was awarded the prestigious Rungius Medal from the Wildlife of American West Art Museum in Jackson Hole, Wyoming, for his painting "Late Arrivals-Green River Rendezvous".