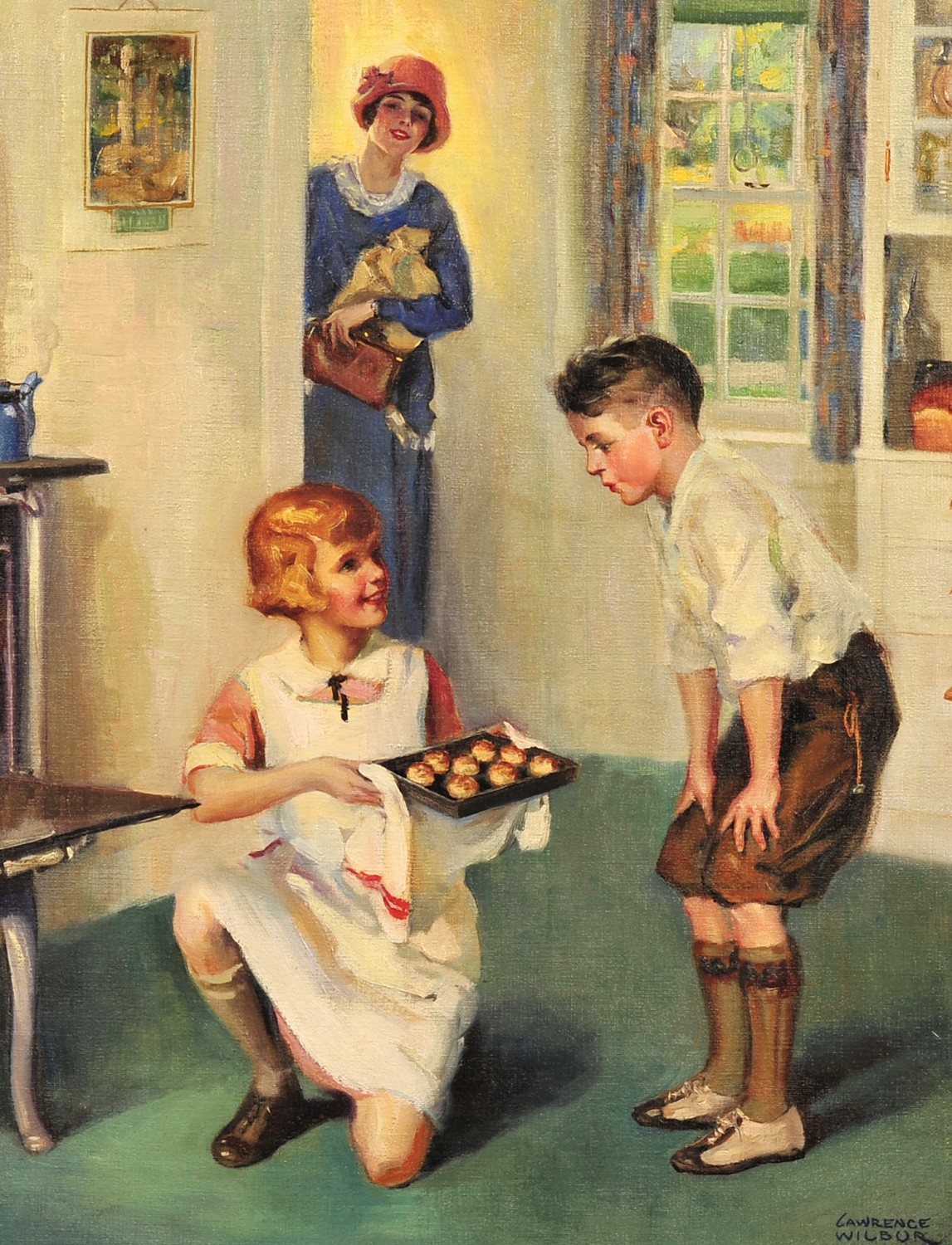 Advertisement, image of girl baking biscuits as boy and mother look on.

Lawrence Wilbur was born in Whitman, MA in 1897. Wilbur attended night classes at the Boston Normal Art School, (now the Massachusetts School of Art). In 1921 he went to California and worked in the engraving department of the Los Angeles Times. In 1925 he relocated to New York City and enrolled in the Grand Central Art School where he studied under Harvey Dunn, N.C. Wyeth and Pruett Carter. Aside from a two year sabbatical to Mexico, Wilbur spent most of his life on West 96th Street in New York City. In 1957 he won the Audubon Artist's medal of honor for a self-portrait in oil and he was a lifetime member of the Salmagundi Club. Wilbur worked in watercolor, dry point, linoleum cut, wood engraving and lithography. Despite his deteriorating eyesight, he worked until his death in 1988.