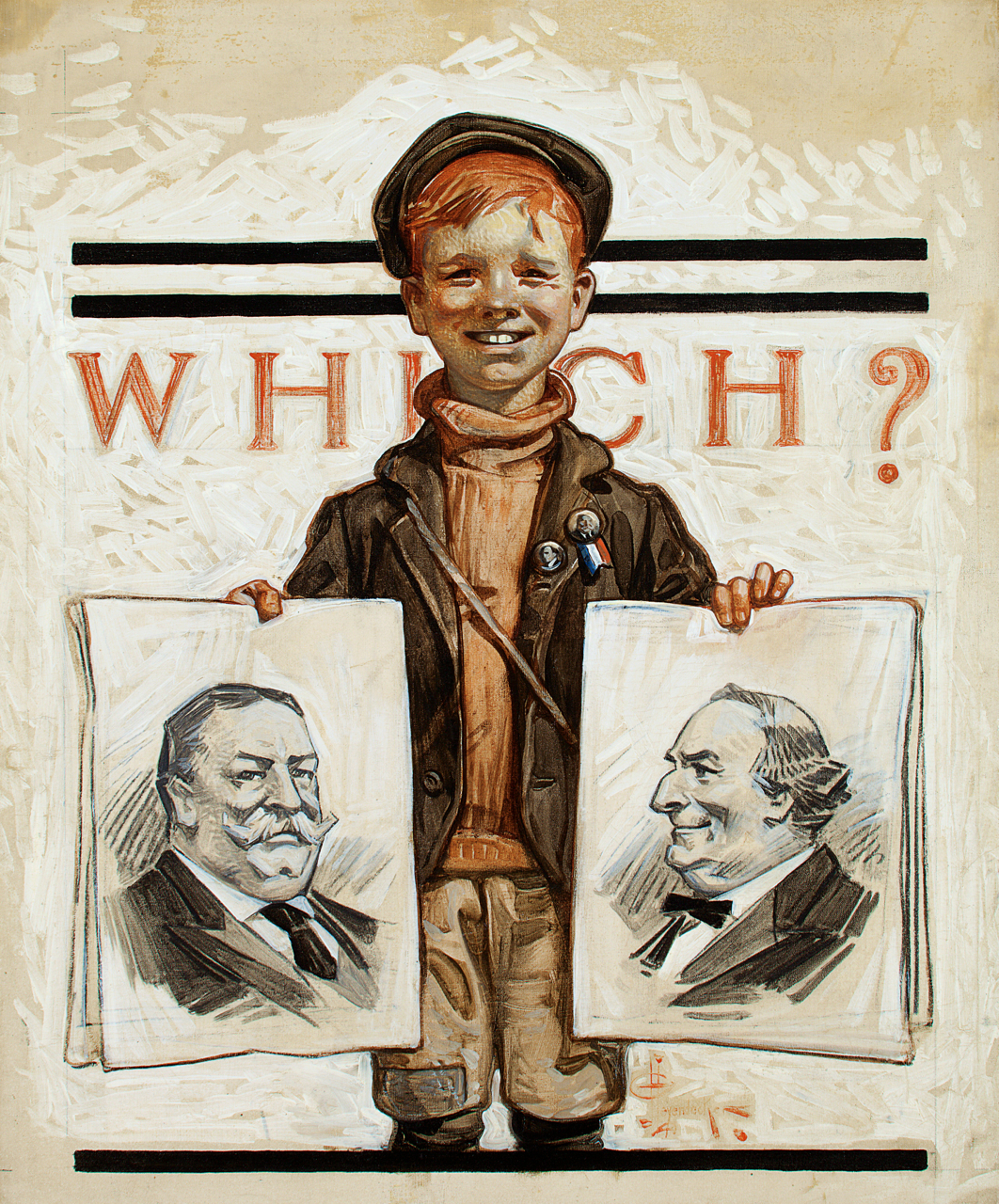 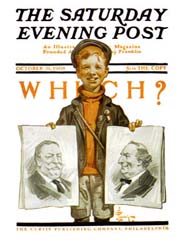 Joseph Christian Leyendecker was one of the most famous and prolific illustrators of his time and painted one less cover for The Saturday Evening Post than Norman Rockwell.  He was the creator of the cherubic New Year’s Baby and the handsome Arrow Shirt Man who set the style for men’s fashion for decades.

In addition to his beautiful men, women and children, Leyendecker’s covers and advertisements depicted subjects ranging from sports to war to politics.  This 1908 Post cover shows a young newsboy holding pictures of William Howard Taft, the Secretary of War, who was running for president against William Jennings Bryan, a popular orator.  Taft won the election.  Leyendecker created another memorable illustration.