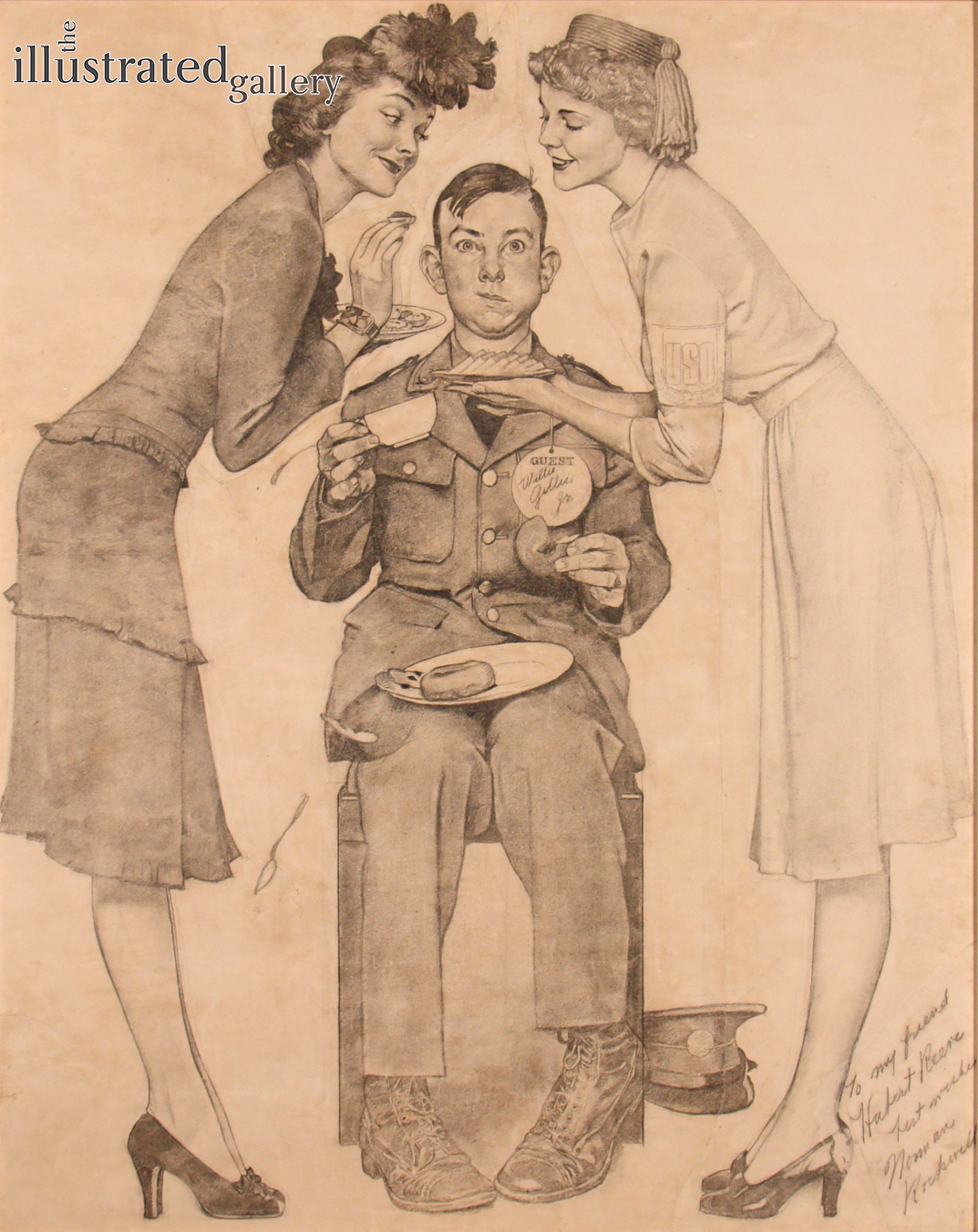 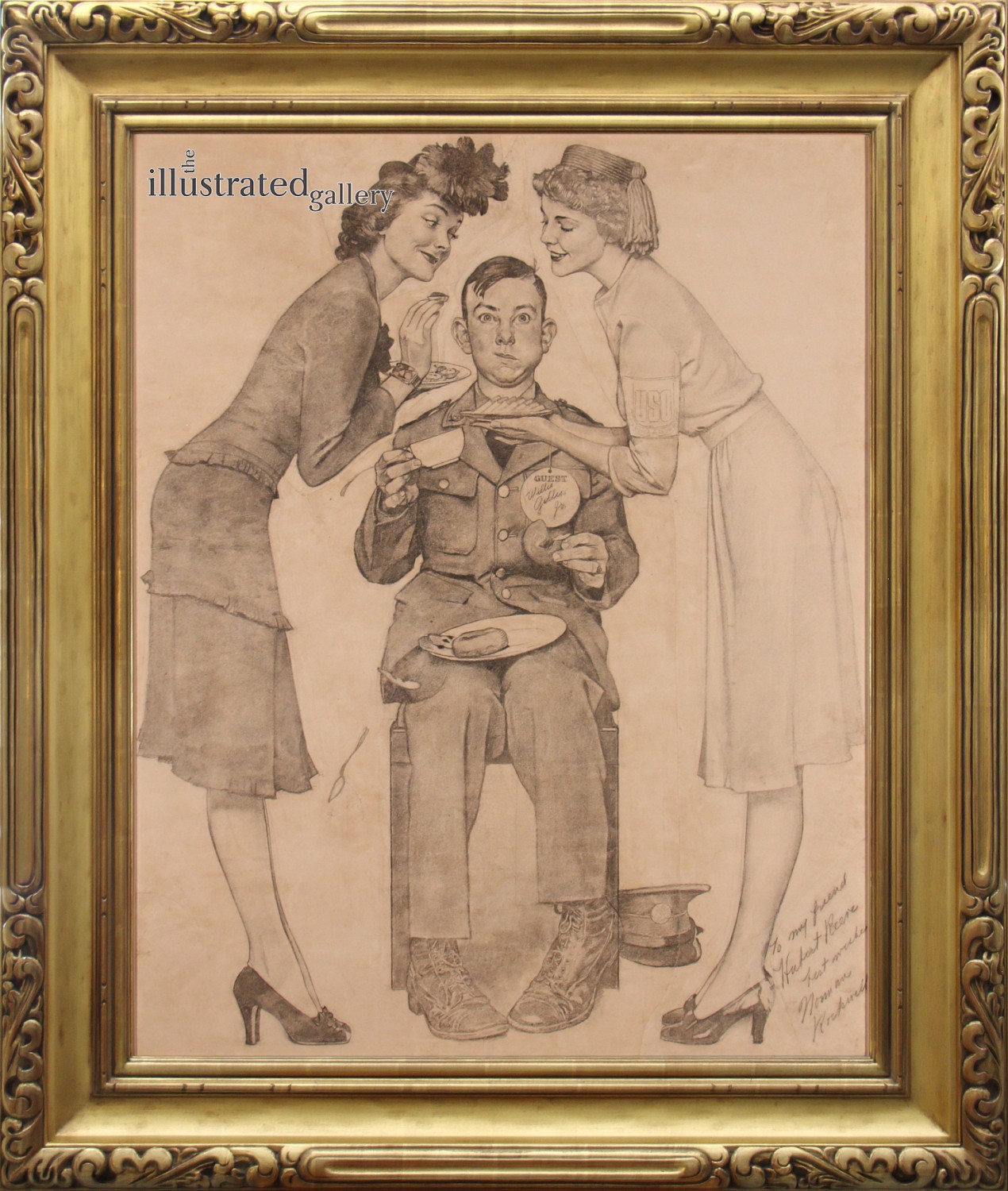 In 1941, Norman Rockwell created his first cover image of Willie Gillis, his fictional soldier who would ultimately appear in 11 covers for The Saturday Evening Post. Rockwell had devised the idea of doing a series on the life of a soldier. He chose Robert Otis Buck, a local Arlington boy as his model. Buck had just the innocent looks Rockwell was in search of; Buck had also been exempted from the draft, making him an ideal candidate for a series meant to take place over time. Rockwell stated, "I had conceived of the idea of a series of Post covers depicting the army experiences of a young civilian, sort of an innocent fellow who found himself caught up in an extremely strange life." (Norman Rockwell: My Adventures as an Illustrator, New York, 1994, pp. 326-27) Willie Gillis: USO, the finished version of which appeared on the February 7, 1942 cover of The Saturday Evening Post, is perhaps the most charming of all of the 'Gillis' covers. Willie Gillis: USO depicts the young soldier being fed and coddled by very attractive female representatives of the United Service Organization. The USO was founded the year prior to provide G.I.'s and their families with services and entertainment during active duty. Willie's expression, a blend of surprise and pleasure, typifies Rockwell's most successful compositions, resulting in an image that lends humor, even in wartime, to the most challenging of subjects and communicates the strong moral compass of both the artist and our nation.