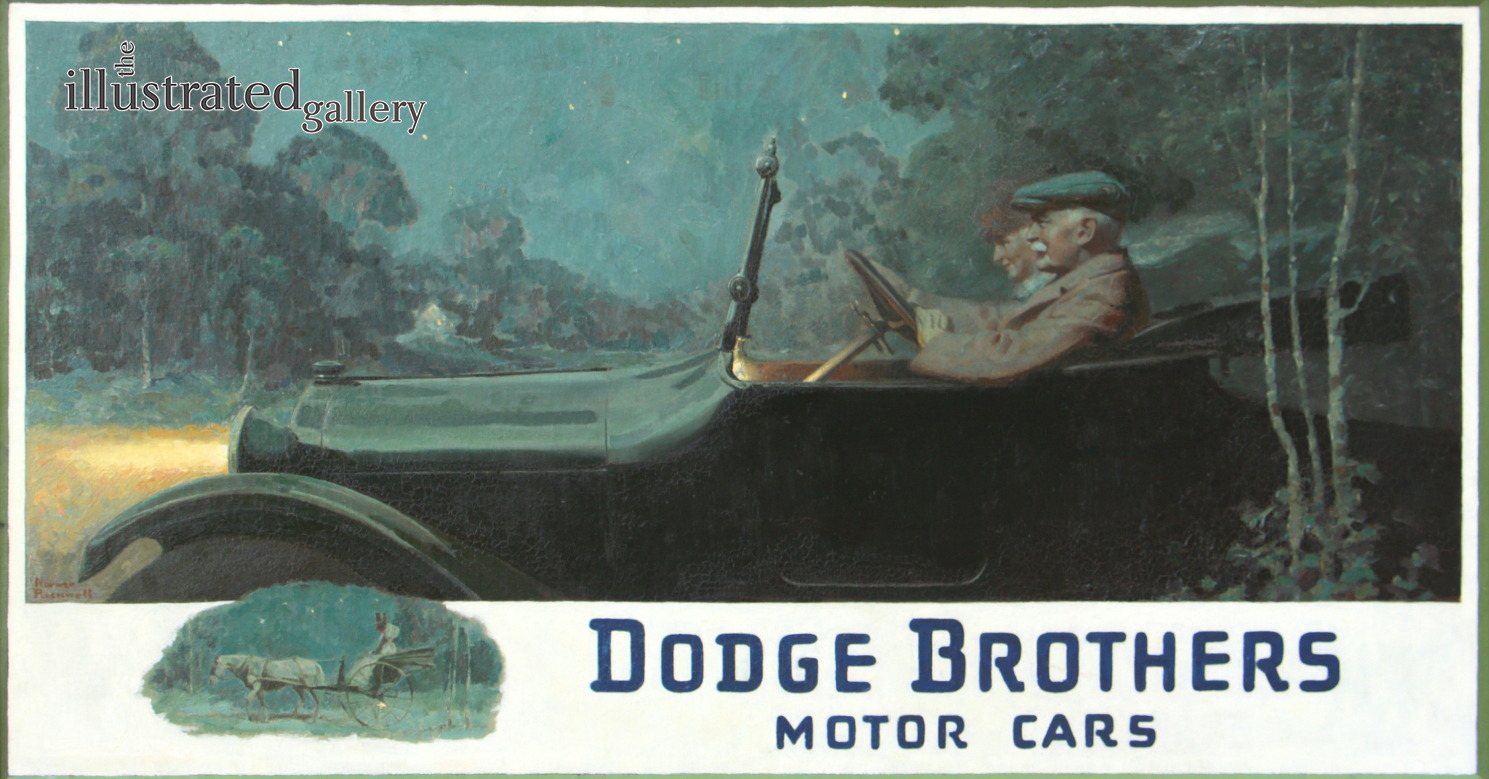 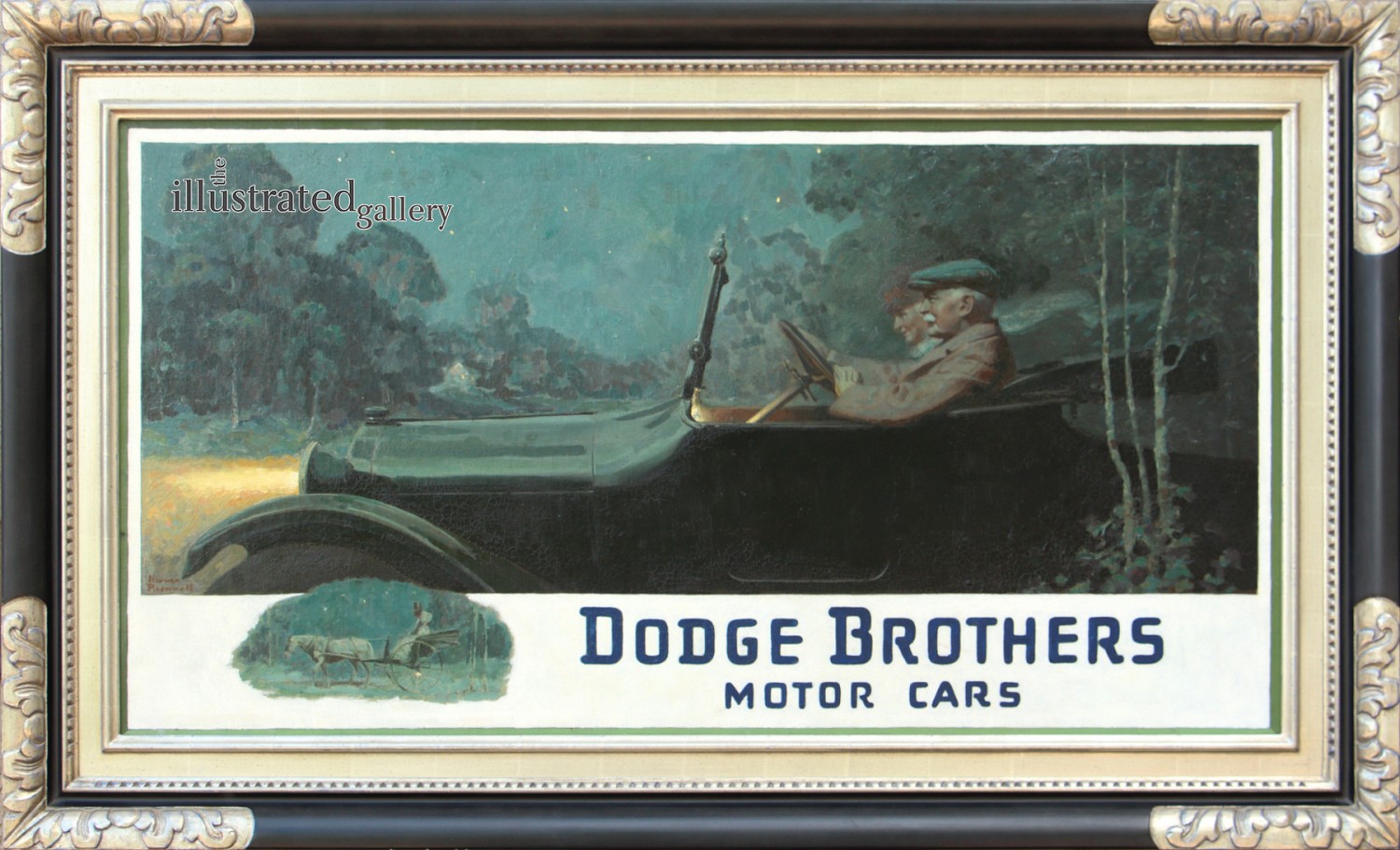 Notes:
Painted circa 1925.  A letter from Norman Rockwell to the Graham family discussing the painting accompanies the lot.In April 1921, Dodge Brothers entered into a burgeoning partnership with the Graham Brothers, an Evansville, Indiana family-run, truck manufacturing business, headed by three siblings, Joseph B., Robert C. and Ray A. Graham.  By 1920, their company was building complete truck and bus bodies with various engines which, in April 1921 caught the attention of Dodge’s president, Frederick J. Haynes.  Haynes saw the Graham product as a way to get Dodge into the heavy truck business without compromising their own car production.  The two companies agreed to have Graham Brothers build trucks solely with Dodge engines and drive trains, and sell them exclusively through Dodge dealerships nationwide.  The partnership resulted in a new name, Graham Brothers, Inc., a company relocation to Detroit, and the opening of numerous factories nationwide over the next several years.  In 1925, Joseph, Robert and Ray were appointed Dodge directors and executives, and were among the largest stockholders of the company.  By 1926, Graham Brothers, Inc. was the largest exclusive truck manufacturer in the world. In later years, the brothers went on to build the Graham-Paige Motors Corporation, further expanding their success in the automotive business.Around 1925, the current painting was commissioned from Normal Rockwell to commemorate the company’s 25th anniversary and for use in a Dodge Brothers automobile advertisement. The automobile and its trappings was not a new subject for Rockwell who over his extensive career created advertisements for other companies such as Overland Motors, B.F. Goodrich Company, Goodyear Tire & Rubber Company, General Motors and Plymouth. Here Rockwell, in his inimitable style created an image extolling the virtues of industrial progress and modern day society. An elderly couple–Rockwell’s own parents posed as the models–is driving a Dodge motor car acquired in celebration of their own 25th wedding anniversary.  The proud owners have a look of great satisfaction upon their faces, happily riding through the star-filled evening, with the car’s powerful headlights guiding them safely through the countryside. Just below them, Rockwell humorously suggests a memory of the couple in by-gone days, bumping along in their horse drawn buggy, who now after 25 years are happily embracing and savoring this modern convenience created by Dodge.