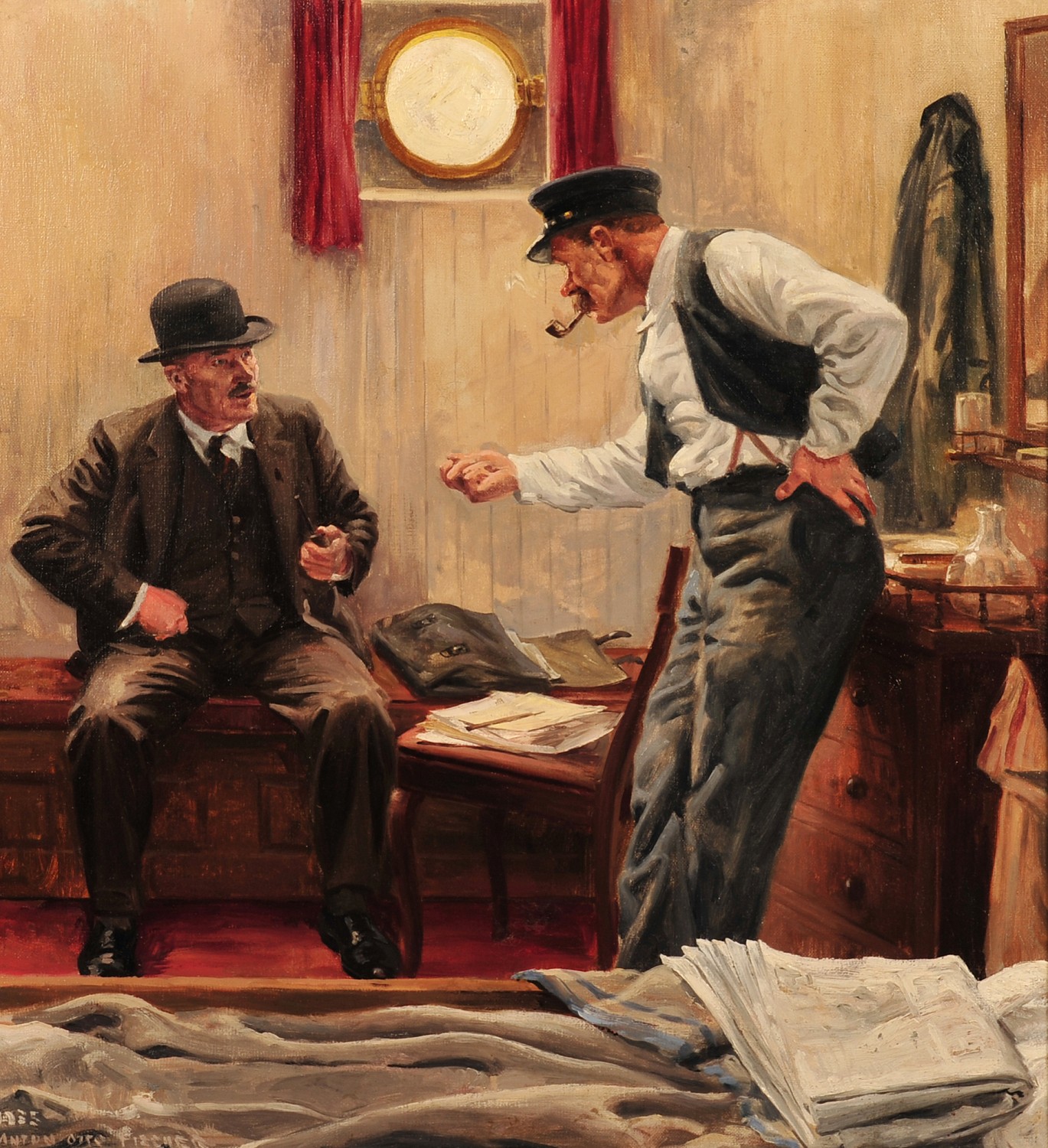 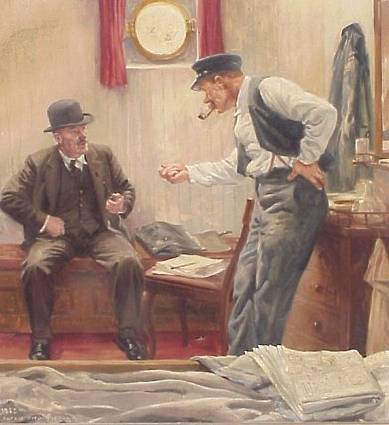 Image of an inspector at a crime scene aboard ship. Saturday Evening Post Illustration.