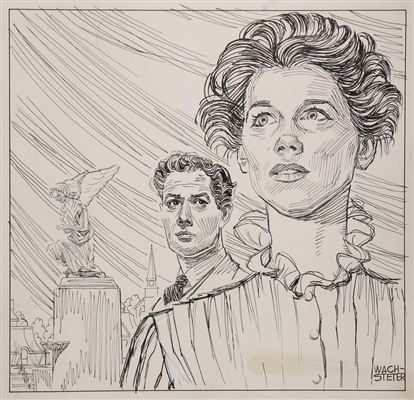 Drawing by George Wachsteter (1911-2004) for the 1948 Broadway production of Tennessee Williams` `Summer and Smoke` starring Margaret Phillips & Tod Andrews. The production ran from 10/6/48 - 1/1/49, for 102 performances, at the Music Box Theatre, directed by Margo Jones, designed by Jo Mielziner and Rose Bogdanoff. Public and critical response to the play was tepid and anticlimactic, especially in view of the fact that this play followed on the heels of Williams` previous opus, the much lauded and celebrated `A Streetcar Named Desire`.