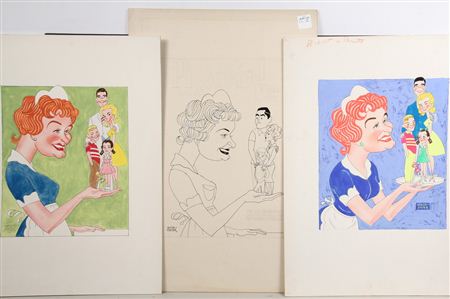 This piece is on 15.00" x 20.00" illustration board, with an image that measures to 14.00" x 9.50." Includes two different color versions in watercolor on board, preliminary sketch. Includes original copies of the magazine. Minor soiling.