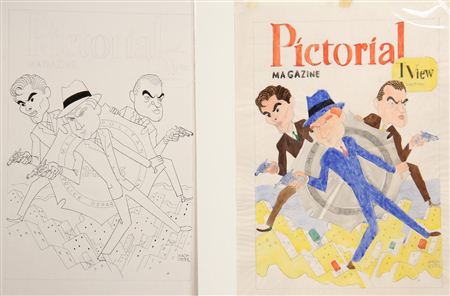 Caricature by George Wachsteter (1911-2004) of Bill Smith, Jack Warden and Arch Johnson on ABC-TV`s `The Asphalt Jungle`, which debuted April 2, 1961. The three actors were featured in the roles of Sgt Danny Keller, Deputy Police Commissioner Matt Gower and Capt. Gus Honochek, the series was loosely based on the film of the same name. Used for the April 9, 1961 cover of the New York Journal-American TView magazine.