"Washington's First Meal at His Philadelphia Home"   Lot no. 230 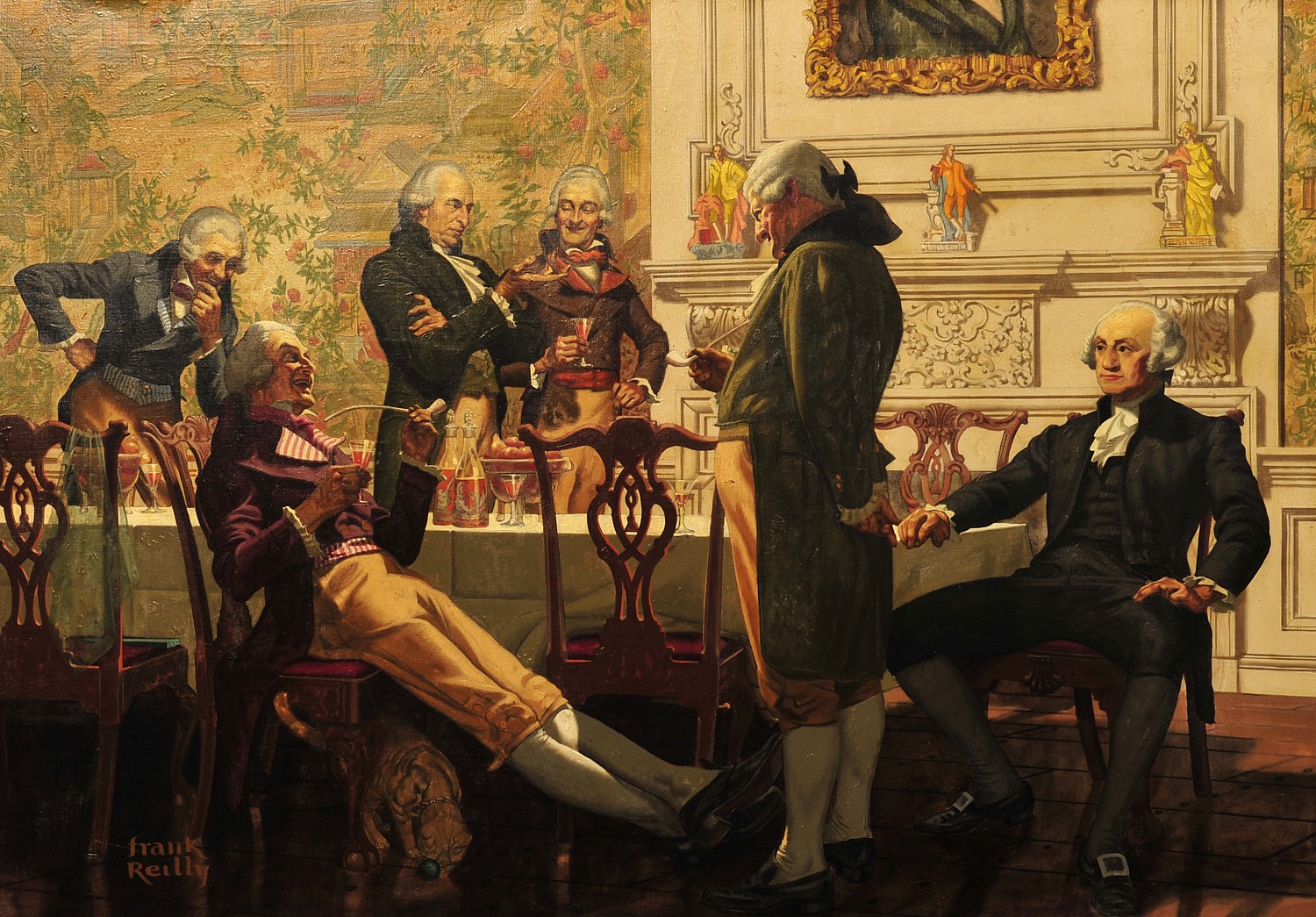 Image of George Washington seated at a table surrounded by other gentlemen.

Frank J. Reilly (1906-1967) was noted as "the number 1 art teacher in America." Reilly is noted for developing a means of organizing the palette. His value studies and chroma organization are still taught as the primary methods of oil paint organization. Reilly studied with Frank DuMond at the Art Students League of New York. He taught at the Grand Central School of Art, The Art Students League of New York and other art schools as well as establishing his own art school. Reilly was the main influence on George Passantino. He is credited with the mosaic mural in The Bronx High School of Science's front lobby. Reilly's influence continues today through the teaching and art of Michael Aviano and Jack Faragasso as well as their students Jon deMartin and Graydon Parrish.