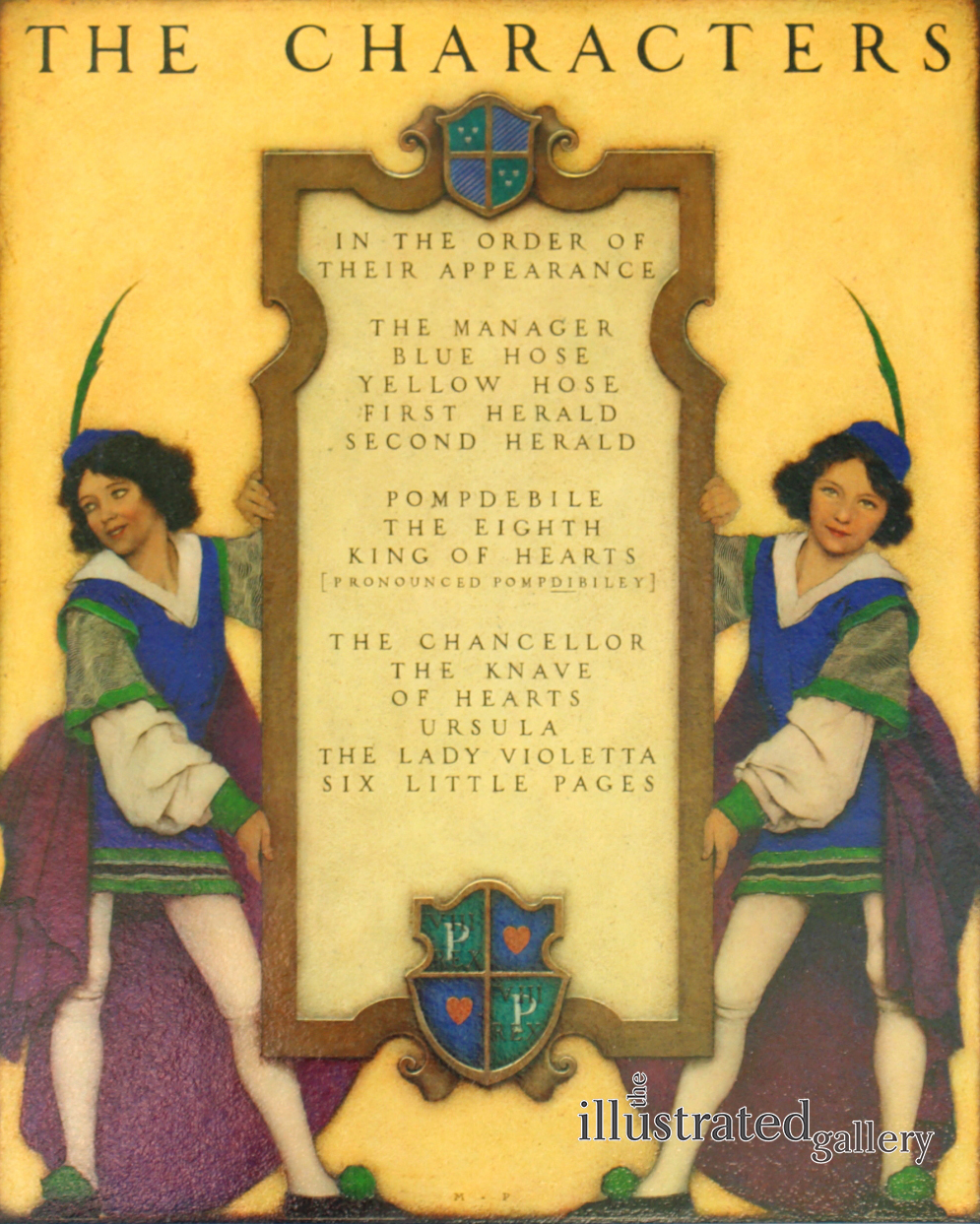 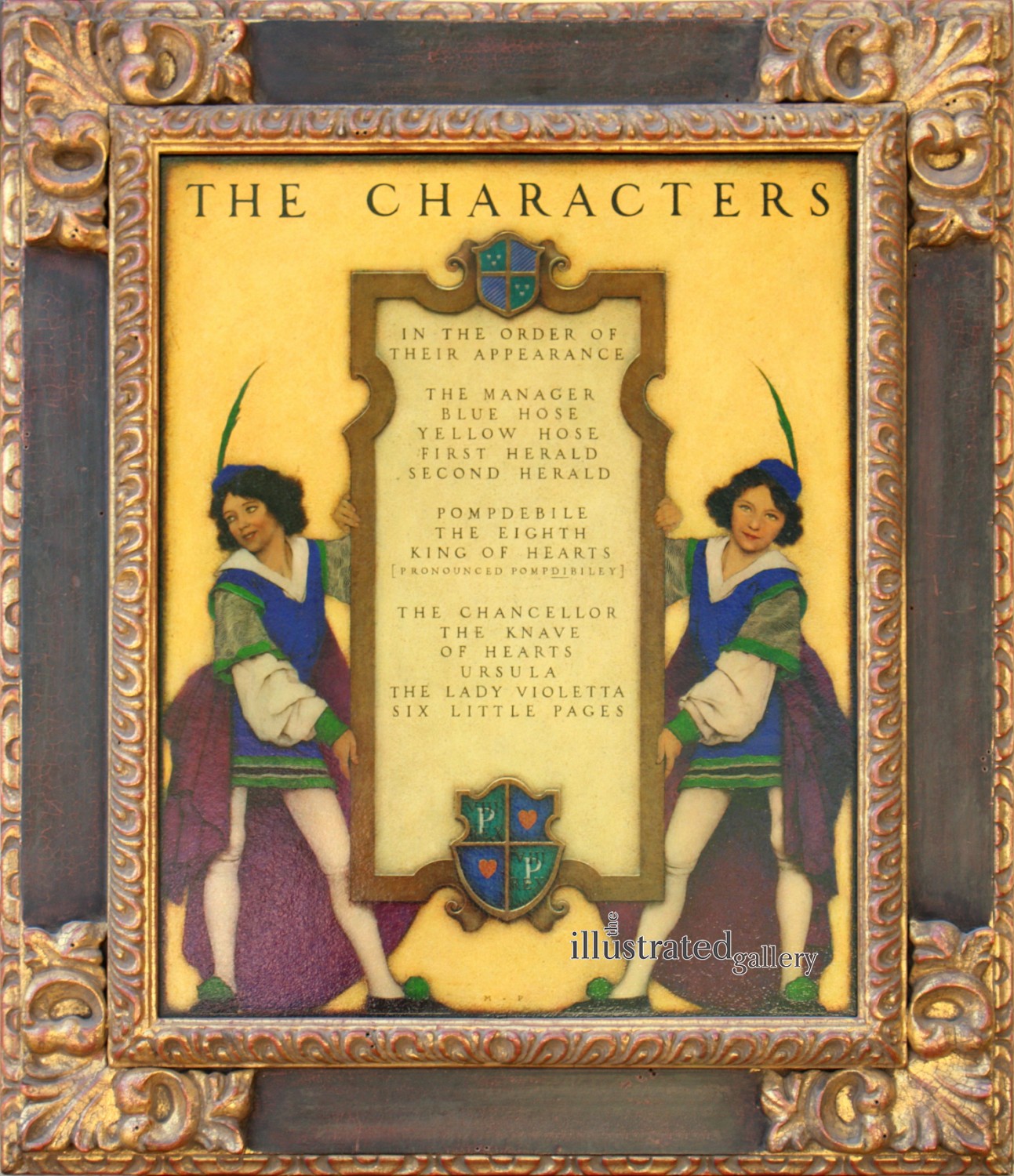 Maxfield Parrish’s popularity as an illustrator began with his early work for magazine publishers. An Easter 1895 cover for Harper’s Bazaar, one of the leading publications of the day, was followed by a successful foray into book illustration beginning in 1897 when Parrish completed illustrations for Frank Baum’s Mother Goose in Prose. His unique style and vivid imagination were well suited to illustrating children’s literature and resulted in numerous commissions. The List of Characters is one of 26 paintings, which appeared as an illustration in Louise Saunders' book, The Knave of Hearts. Lawrence S. Cutler and Judy Goffman Cutler write, “The last book Parrish illustrated, The Knave of Hearts (1924), was his masterpiece. When Parrish discovered this children’s play, he proposed an illustrated edition to Scribner’s, to which the publisher enthusiastically agreed …It was written by Louise Saunders, who was the wife of Maxwell Evarts Perkins of Scribner’s, an important editor in the 20th century and discoverer of authors Thomas Wolfe, Ernest Hemingway, F. Scott Fitzgerald and others. The couple were summer residents at Cornish and close friends of the Parrishes” (Maxfield Parrish and the American Imagists, Edison, New Jersey, 2004, p. 172). According to Coy Ludwig, “The artist’s enthusiasm was shared by the publisher, who requested sketches or more precise information upon which to base a cost analysis, as final approval could not be given until the costs were estimated. Parrish prepared an elaborate dummy or mock-up of the proposed publication, complete with watercolor sketches of the illustrations, and sent it to the publisher early in 1921 …The twenty-six paintings for The Knave of Heartswere executed within three years, and the book, a sumptuous production, was published on October 2, 1925… The volume, selling for ten dollars, was packaged in a telescoping box, decorated with one of the illustrations from the book. Coinciding with the publicity surrounding the release of the book, a major exhibition of fifty paintings by the artist was held during November and December at Scott and Fowles, a gallery in New York …The release of the new book and exhibition at Scott and Fowles, coupled with the previous year’s great popular success of his painting Daybreak (Private Collection), made 1924 and 1925 two of the most remunerative years in Parrish’s career” (Maxfield Parrish, New York, 1973, p. 48).