"A Ray of Sunshine, Good Housekeeping Magazine Cover"   Lot no. 2721 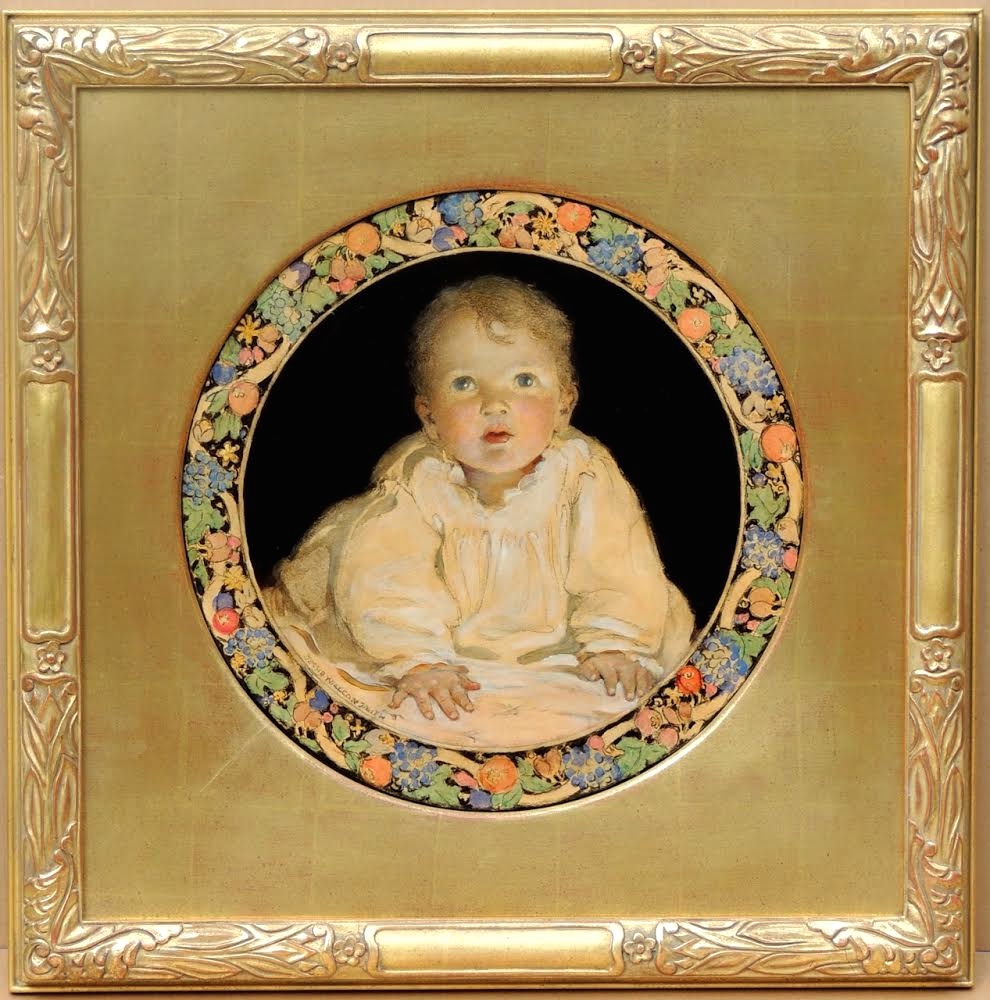 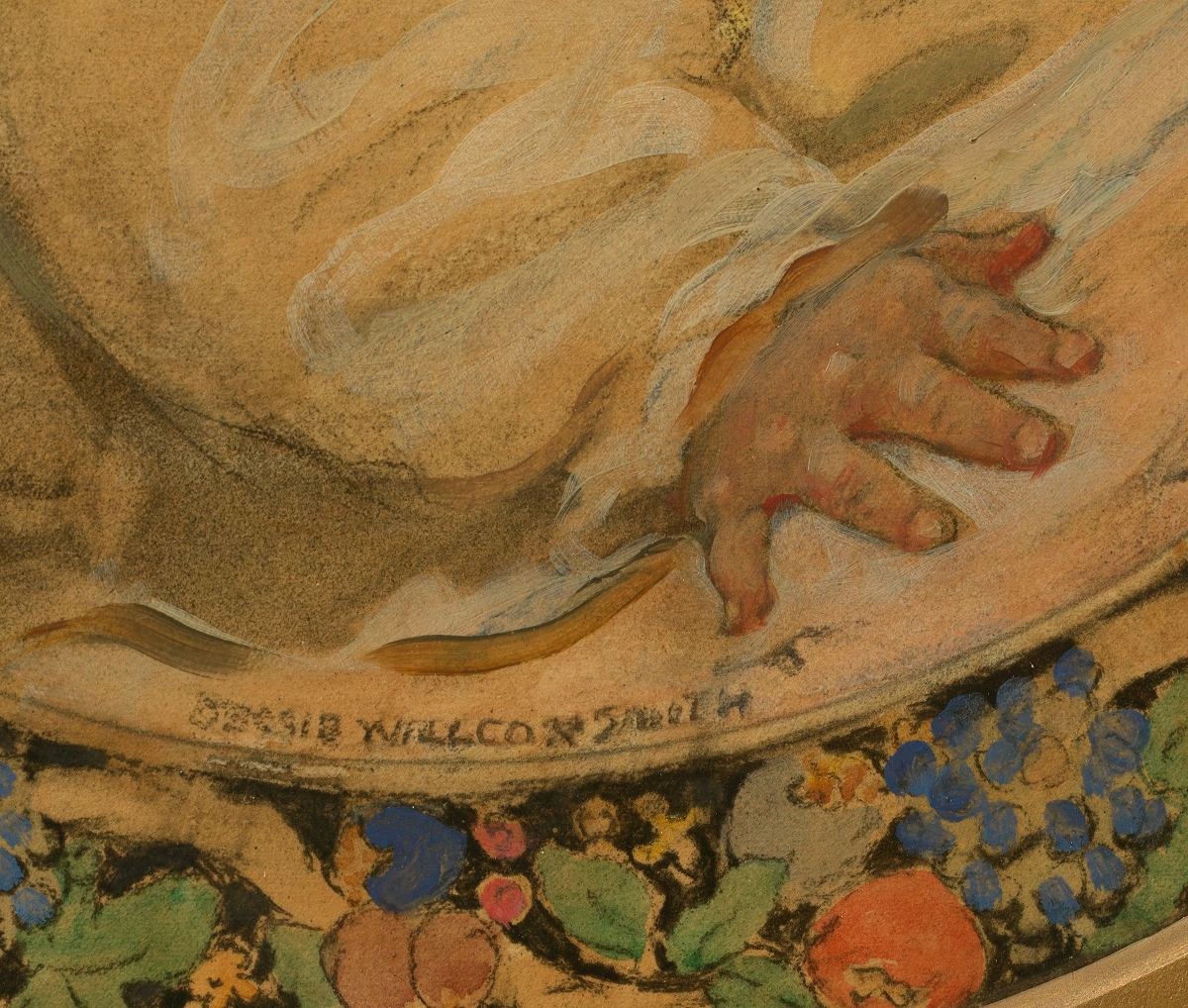 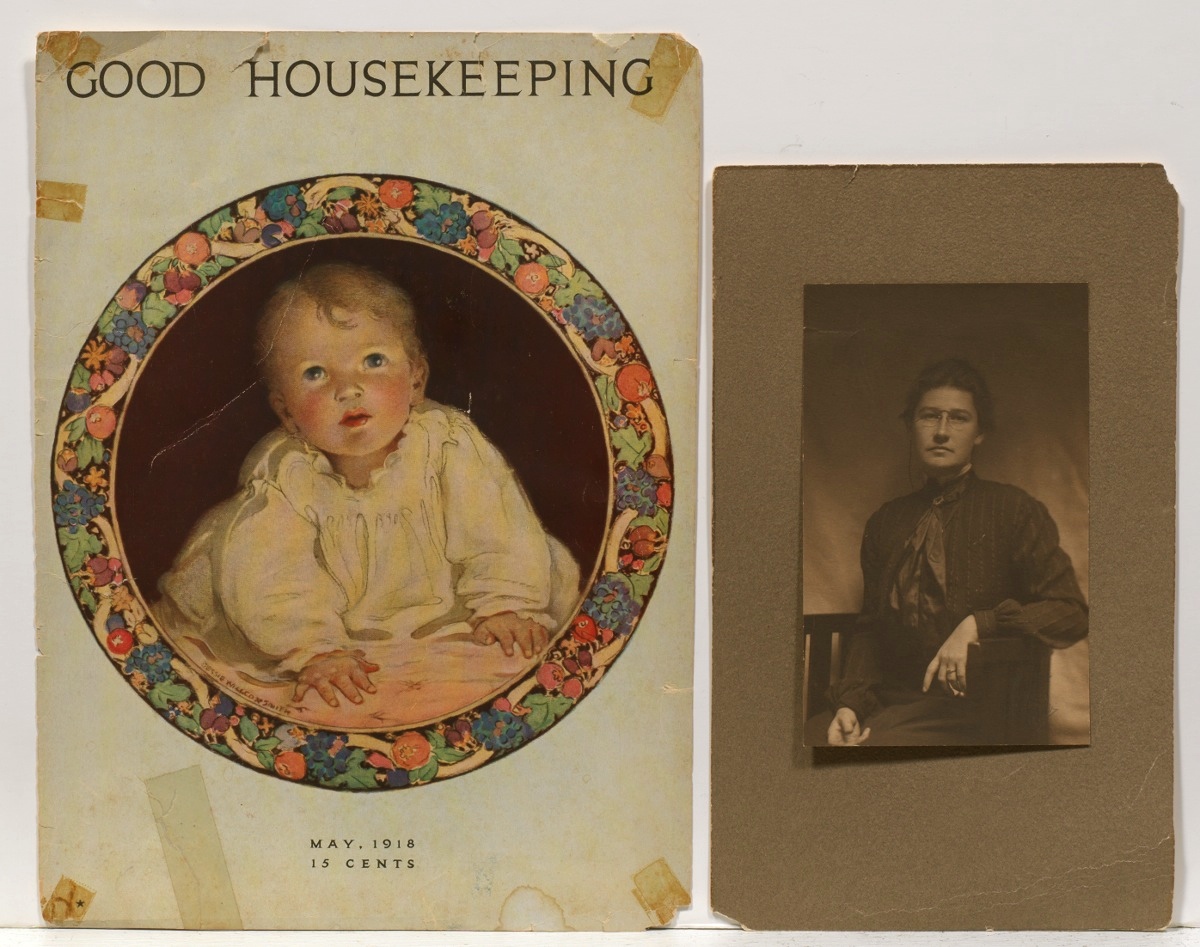 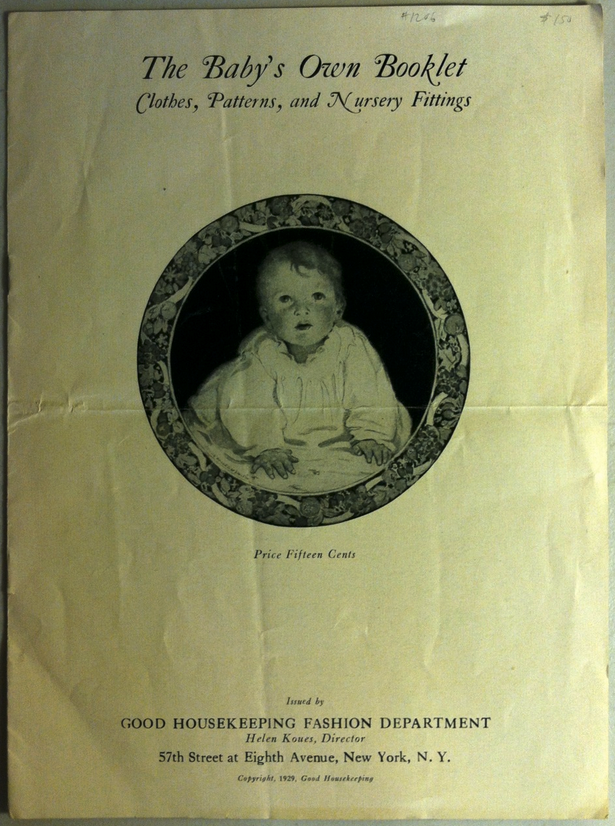 "A Ray of Sunshine". Charcoal, watercolor/gouache and oil on board, tondo format, ca. 1918, signed along the lower left, framed under glass in a spandrel and wood frame painted with bronze tone paint overall 24 x 24 in.; partial paper label with artist's hand written name, title, price and date attached to the back. Accompanied by a photocopy of a loan agreement for exhibition "The Studios at Cogslea", February 20-March 28, 1976, The Delaware Art Museum, Wilmington. Also an original cover from "Good Housekeeping", May 1918, for which this illustration was used. Included original photo of an artist from family archive and photocopies of articles dedicated to her works.

Jessie Willcox Smith was a genuine superstar among female illustrators in the United States during the Golden Age of American illustration. Besides her many successes as an illustrator, she worked for "Good Housekeeping" magazine, designing covers between 1917 and 1932. The Hall of Fame of the Society of Illustrators has inducted only 10 women since its inception in 1958. Smith was the second of these, in 1991, after Lorraine Fox. Of the ten, three of them were members of The Red Rose Girls, Jessie Smith herself, Elizabeth Shippen Green and Violet Oakley. The women's homes were arguably the finest assembly of illustrative talent ever seen in American life.

Also illustrated on the cover of 'The Baby's Own Booklet, Clothes, Patterns, and Nusery Fittings' by The Good Housekeeping Fashion Department, 1929