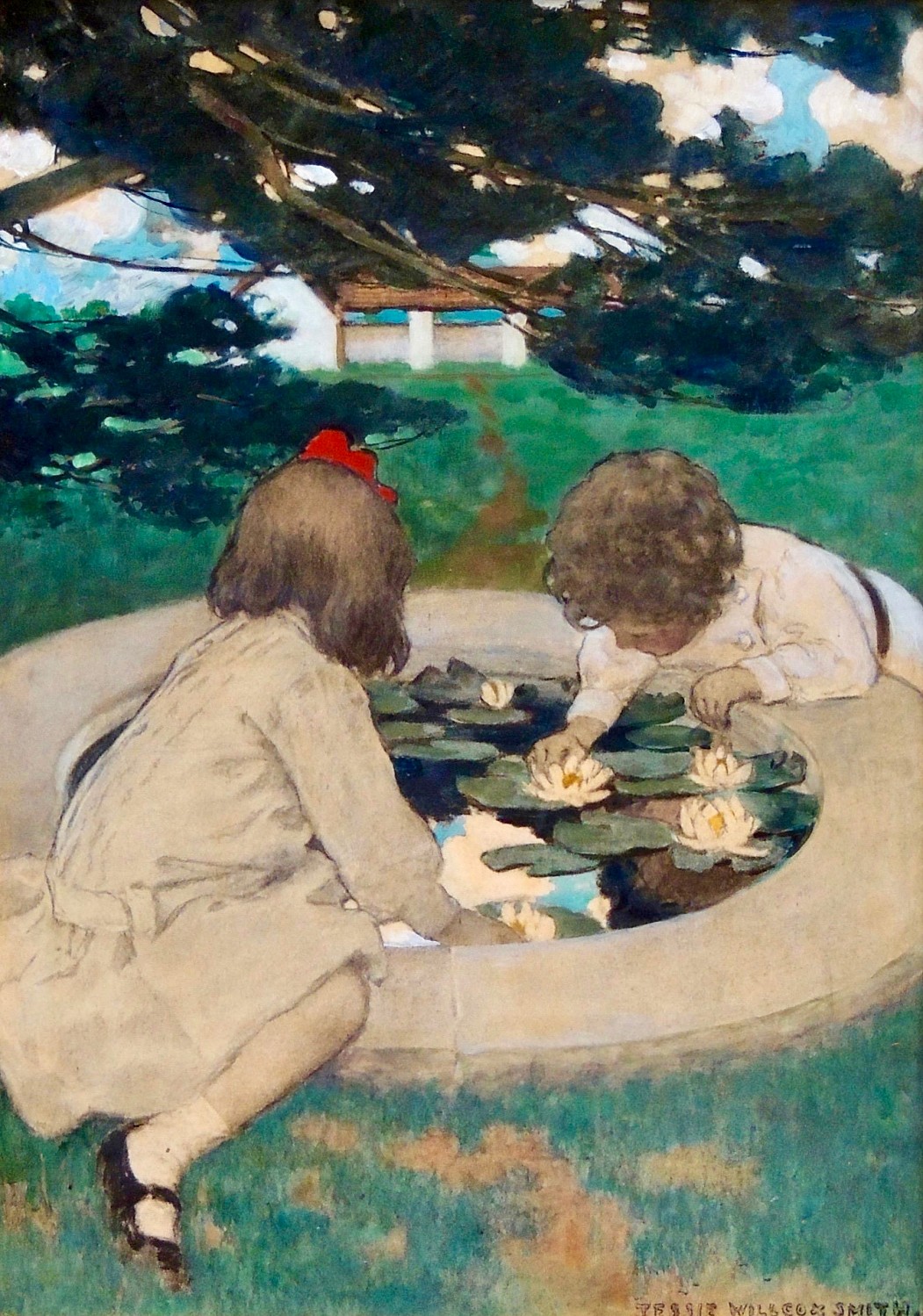 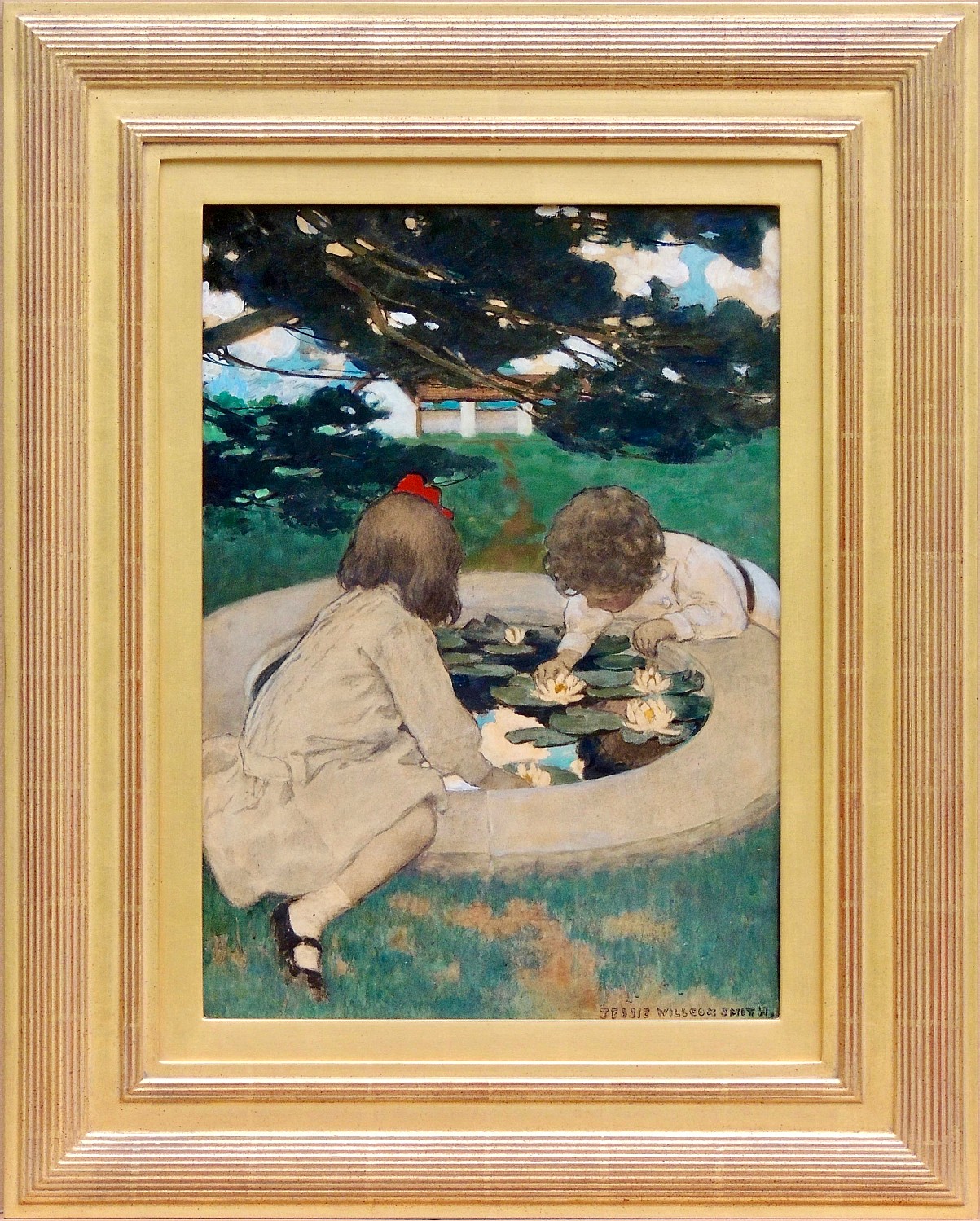 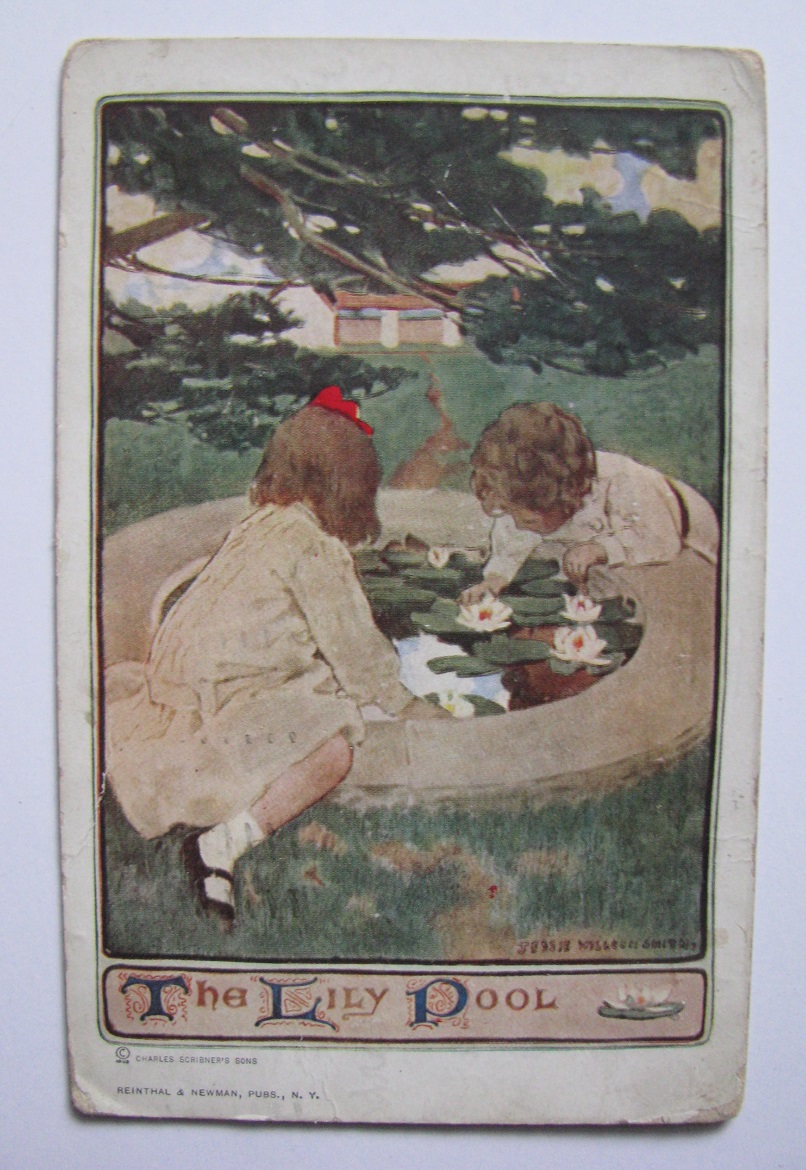 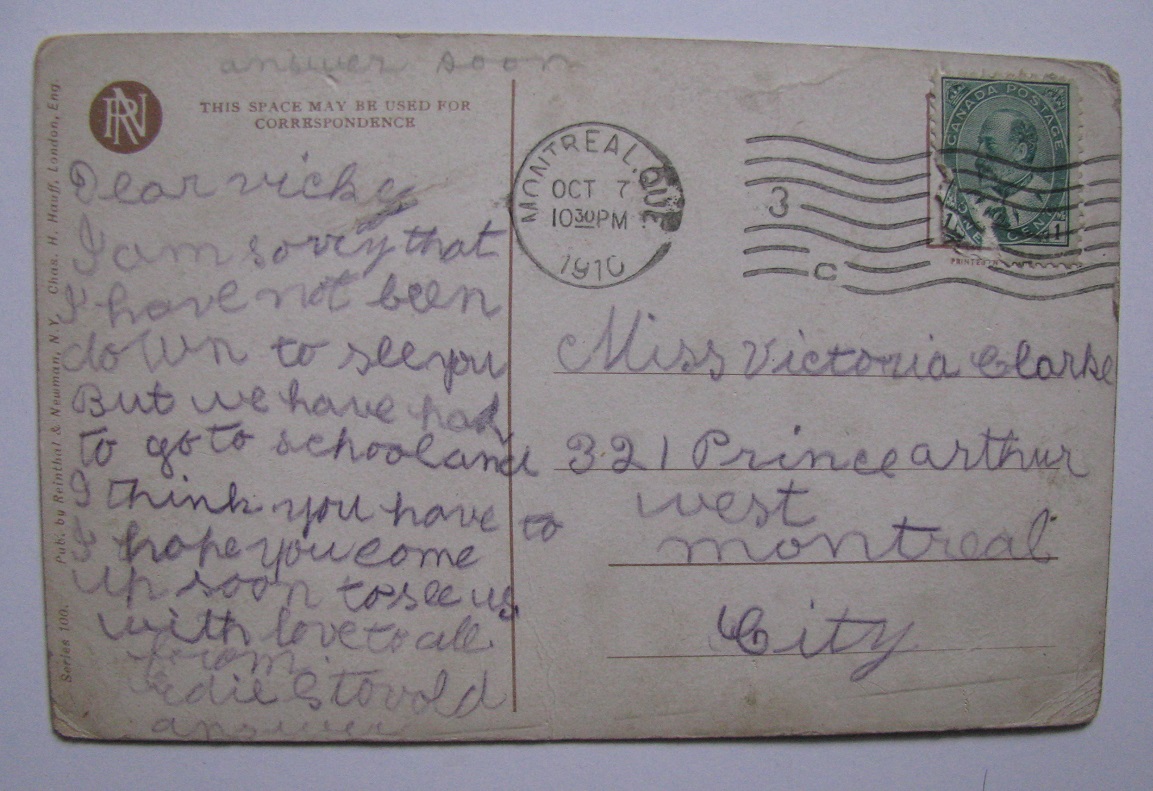 This piece is one of six illustrations comprising Jessie Willcox Smith's pictorial story "The Child in a Garden," which was published in Scribner's Magazine in 1903. Other subjects in the series include The Green Door, Five O'Clock Tea, The Garden Wall, Among the Poppies and The Spruce Tree.

According to Edward Nudelman, bibliographer of Jessie Willcox Smith, the illustrations for "The Child in A Garden," including the image presented here, were also reproduced as prints in 1904 by Fox, Duffield as well as pictorial postcards the following decade, issued by Reinthal and Newman (Jessie Willcox Smith: A Bibliography, pp. 169, 173), but never appeared in any of her book illustrations.