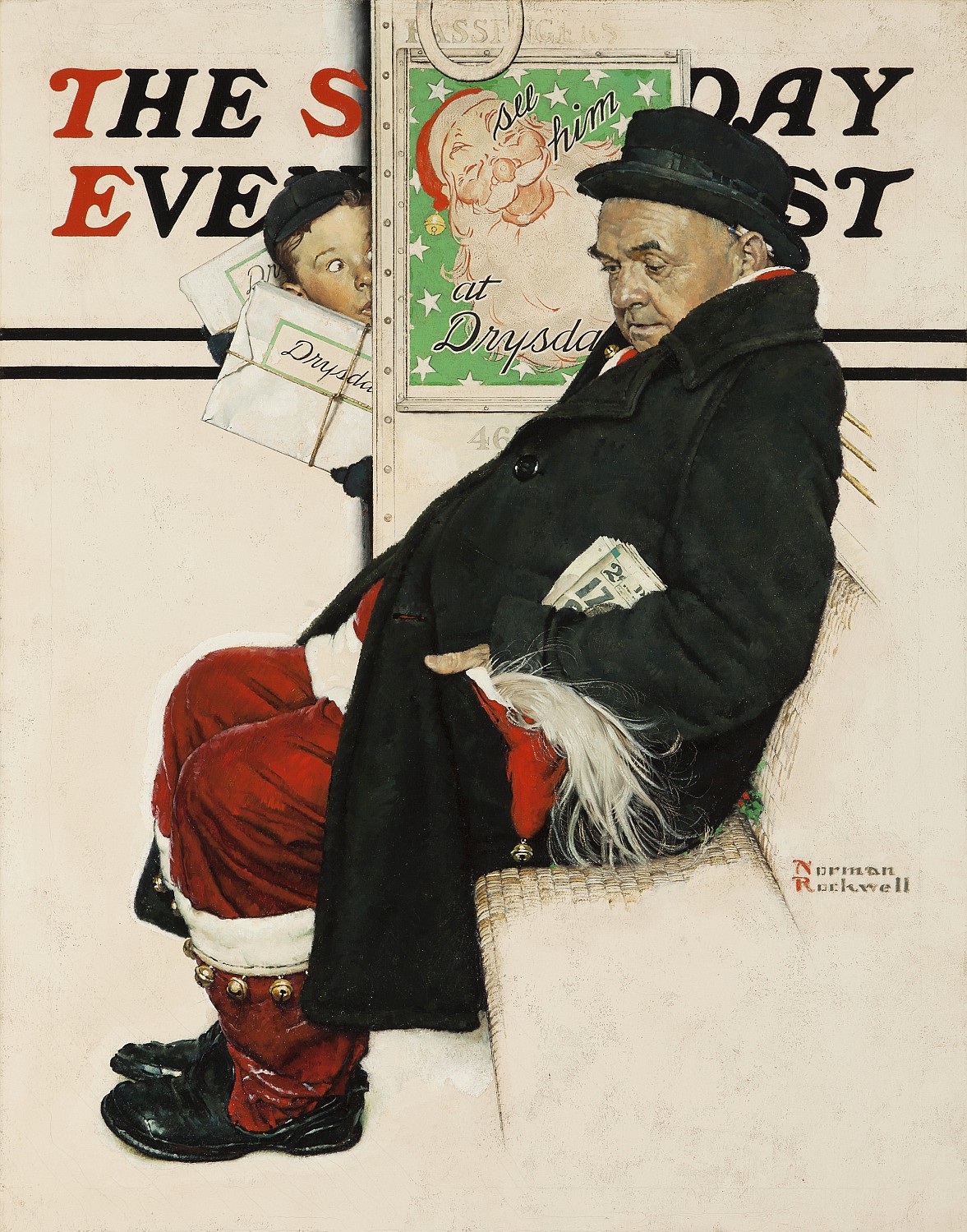 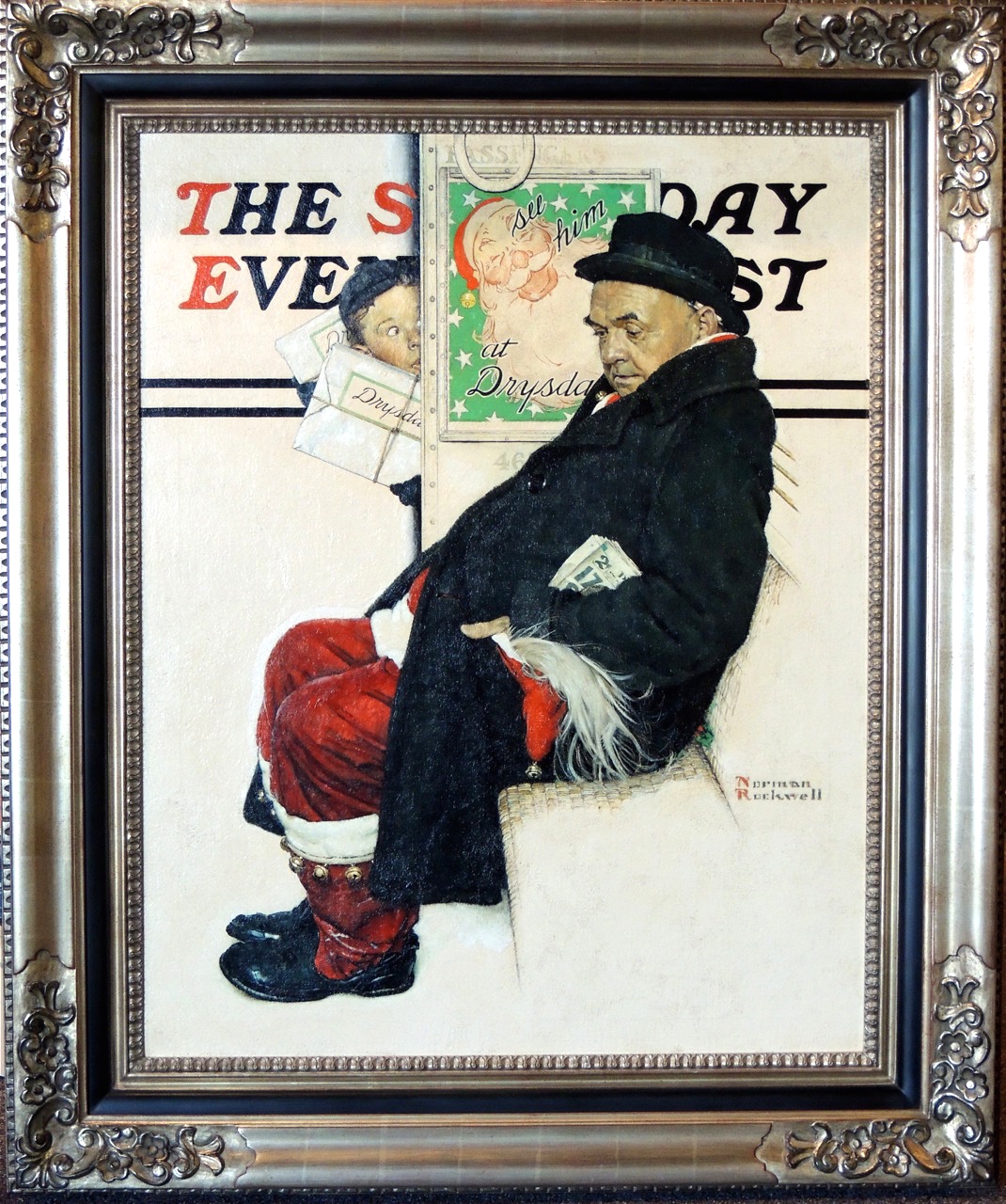 At the heart of this touching and humorous Christmas work which appeared on the December 28, 1940 cover of THE SATURDAY EVENING POST, is the juxtaposition of the heads of the astonished boy holding a Drysdale package, the Drysdale poster of the store Santa in costume, and the drowsy man wearing the Santa pants and boots under his overcoat, obviously on his way home from work.  Rockwell’s gift as a storyteller in pictures is displayed here at its best.  The simple use of predominantly three colors – red, black and white, and the omission of any extraneous detail, add to the strength of this fine example of illustration art.