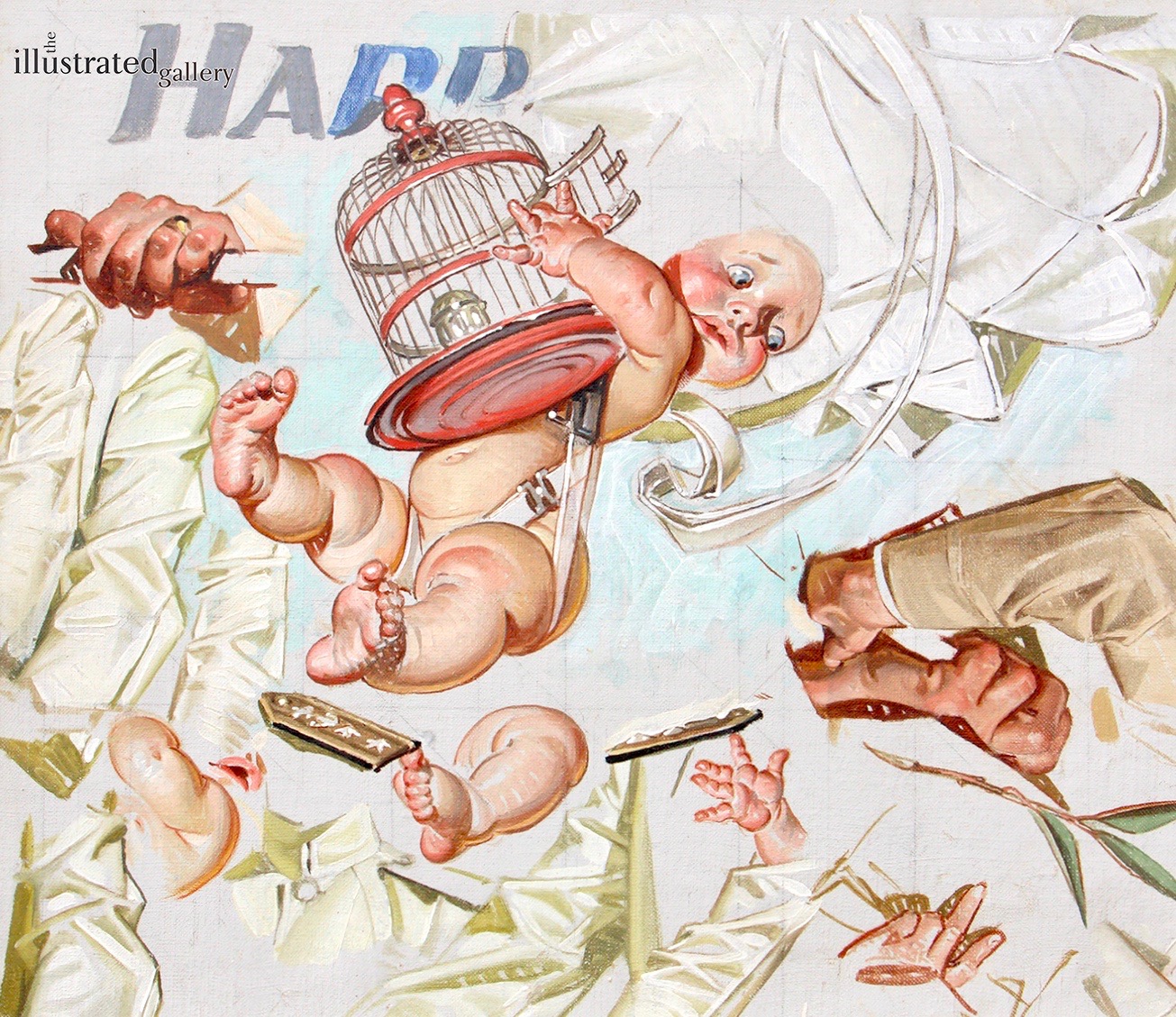 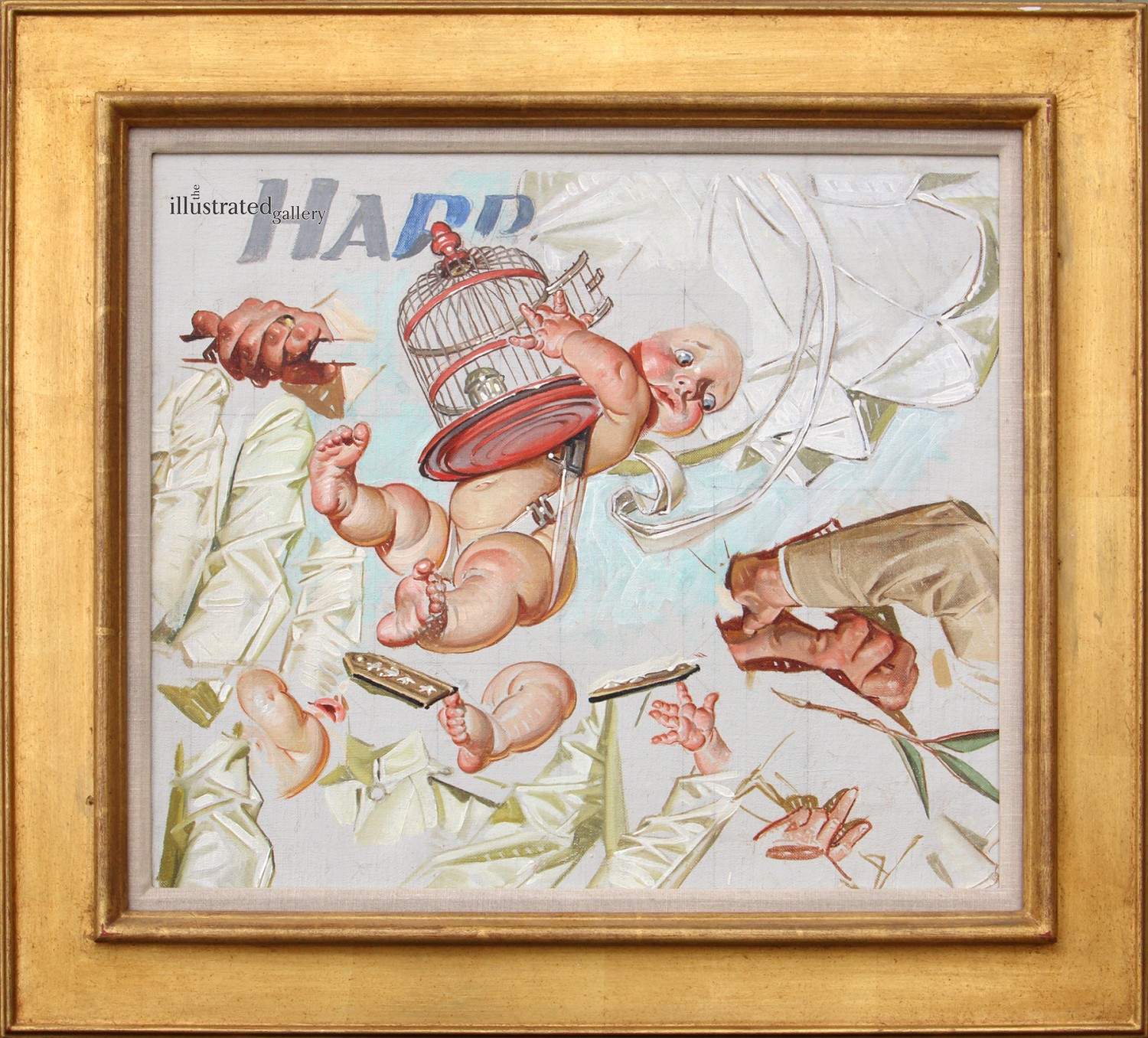 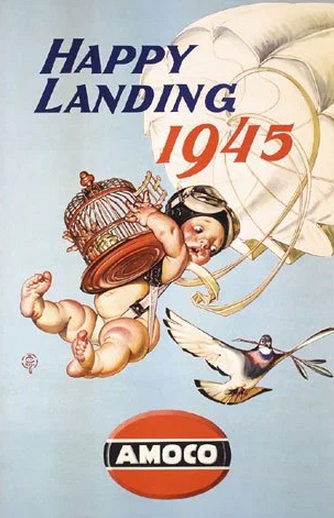 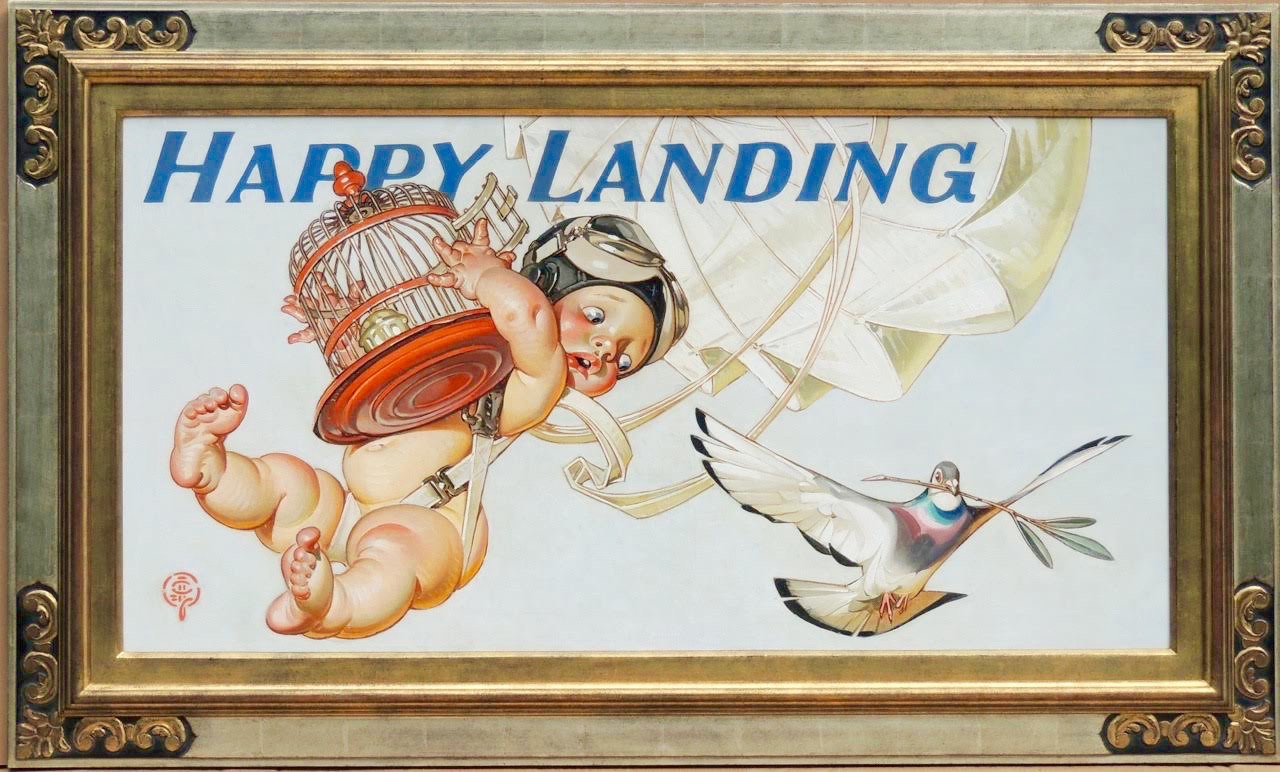 During his over four decades as the preeminent illustrator for The Saturday Evening Post, Joseph Christian Leyendecker's clever illustrations were eagerly anticipated by enthusiastic readership across the country, and none more so than his holiday designs. One of Leyendecker's most celebrated creations was his groundbreaking idea of the New Year's Baby. Originally portrayed as a fleshy sweet-faced child complete with tiny angel wings, the New Year's Baby gradually morphed into a worldly tot acutely aware of the social and political issues facing the nation at the time. In fact, Leyendecker's final Post cover illustration was the 1943 New Year's Baby.

Following the success of these Post covers, the artist was hired to create advertisements for the American Oil Company (AMOCO). Throughout the 1940s and through the final years of his life, Leyendecker produced ads incorporating his famed New Year's Baby into AMOCO advertisements, as in the present work, Happy Landing, published in 1945.

Final version of this piece also available on our site:  http://www.illustratedgallery.com/artwork/original/2906/by-joseph-christian-leyendecker