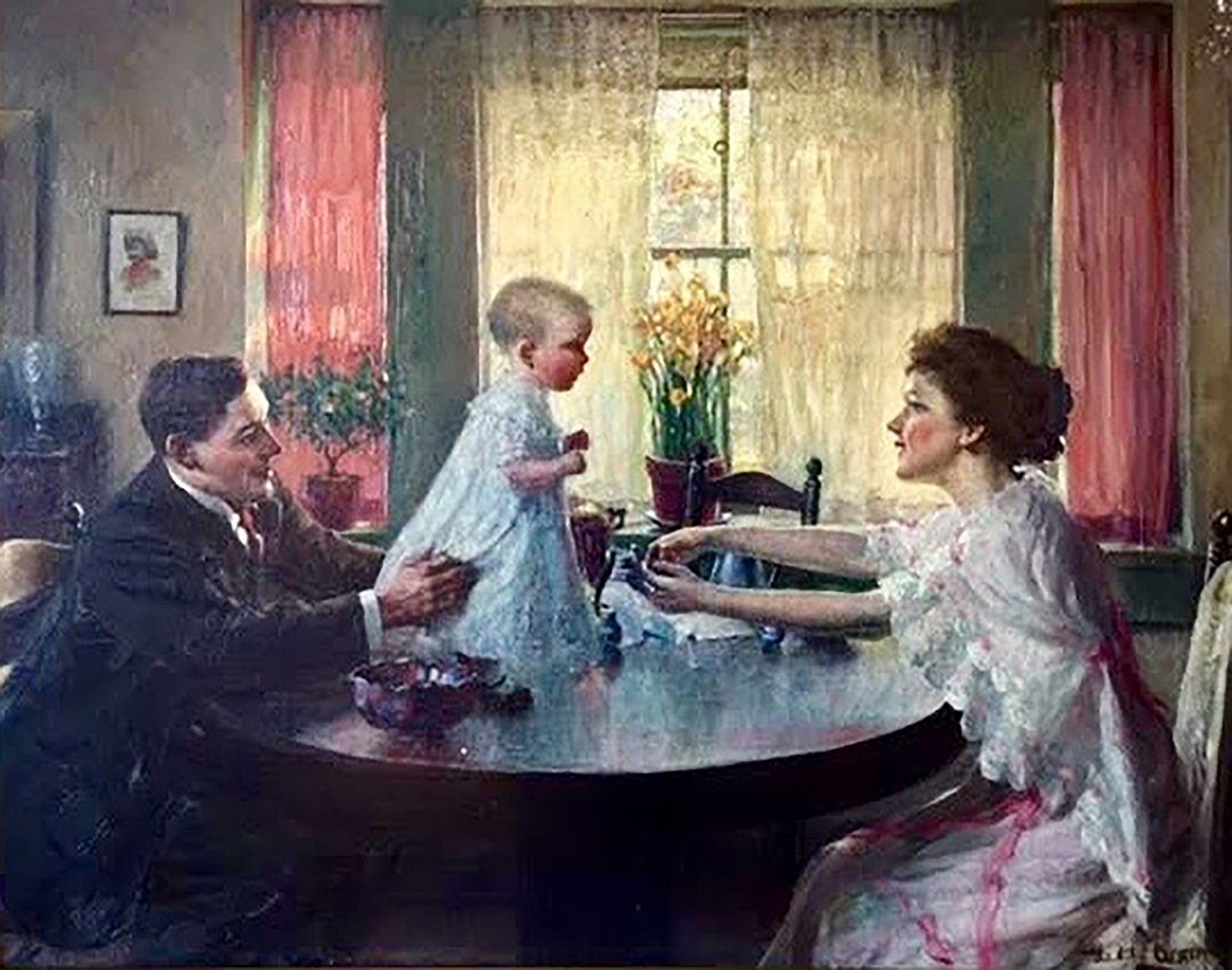 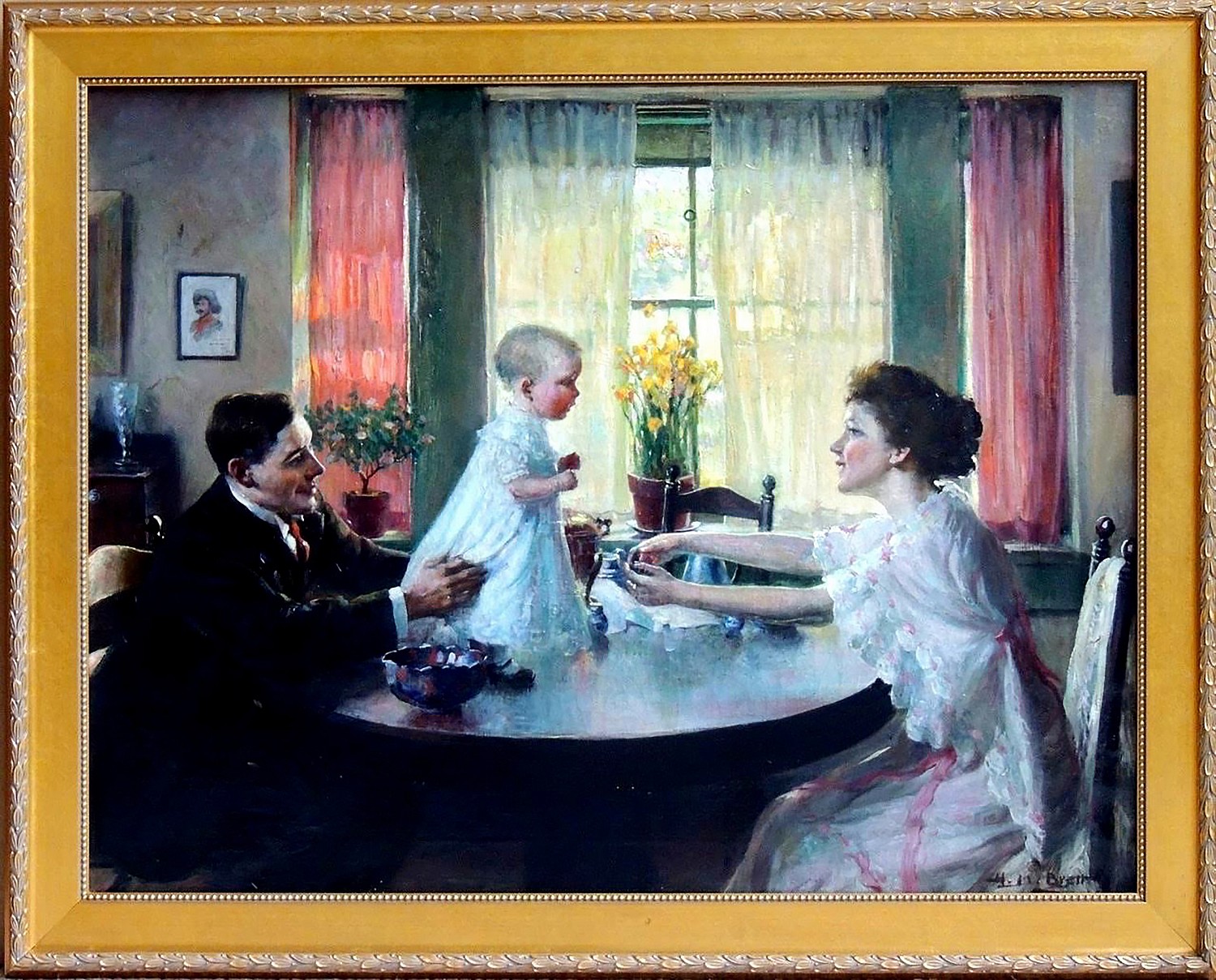 This painting of a baby taking it's first steps was done as a calendar for the Osbourne Calendar Company and has the Osbourne tag affixed to the back.

Harold Matthews Brett grew up in Brookline, MA and studied at the School of the Museum of Fine Arts in Boston under Philip Hall and Frank Benson. Later he moved to New York to study at the Arts Students League with Walter Appleton Clark, H. Siddons Mowbray and Kenyon Cox. Although by then a well-trained artist, Brett went to Wilmington Delaware, in 1906, to study furthur nder Howard Pyle.

He was soon thereafter able to make his professional debut in Harper's Weekly, and his work began to appear in most of the national magazines. Brett moved back to Chatham on Cape Cod and for several years was associated with the Fenway School of Illustration in Boston. Brett partiularly liked to do New England subjects with an historical setting; he did a series of portraits of Cape Cod sea captains. Eventually he specialized in portraiture, maintaining studios in New York City and Chatham.