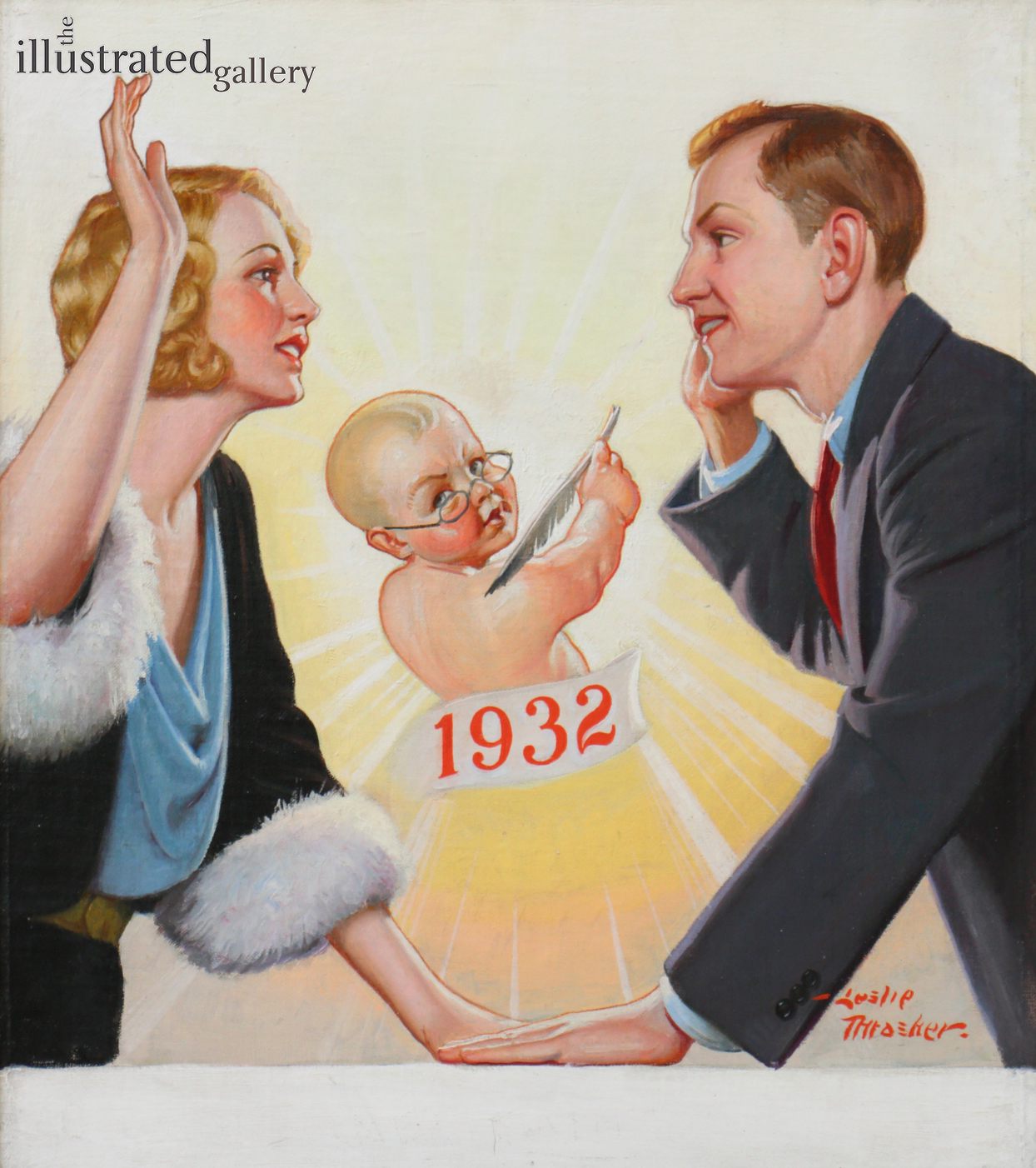 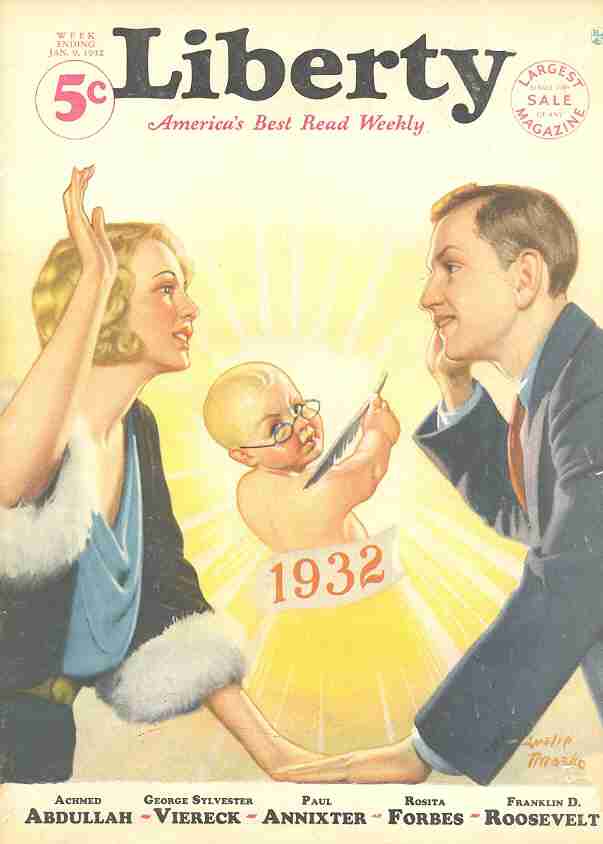 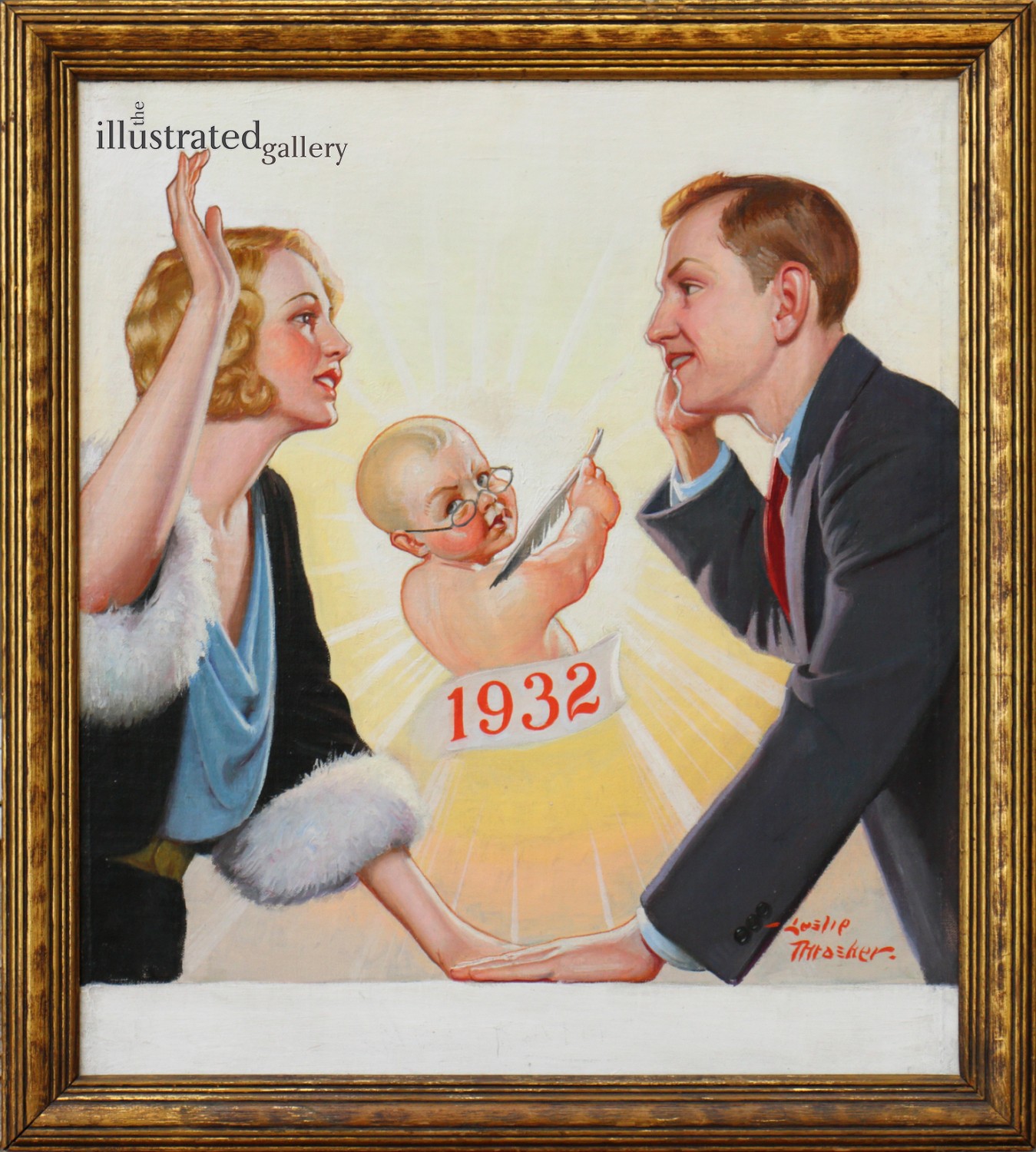 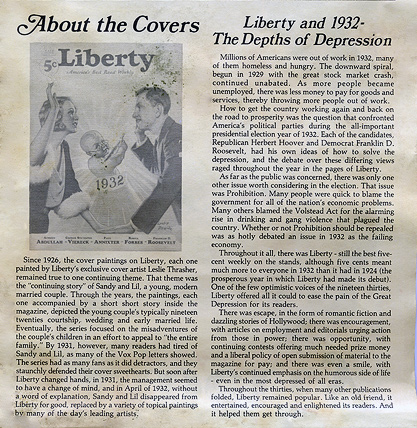 A New Year's themed cover painting by Leslie Thrasher for the January 9, 1932 edition of Liberty Magazine. The painting finds the serialized couple "Sandy and Lil" renewing their wedding vows in the midst of the Great Depression with a cherubic baby New Year with quill pen acting as the notary clerk. Image follows the tradition of January New Years Babies covers painted by Norman Rockwell and J.C.Lyendecker in The Saturday Evening Post.

The Baby New Year is a personification of the start of a new year, commonly seen in various New Year's customs, especially holiday cards and illustrations for store window displays.

The stereotypical representation of Baby New Year is as a white male baby wearing nothing more than a diaper, a top hat and a sash across his torso that shows the year he is representing. Sometimes he is holding an hourglass or is otherwise associated with one. Often, he is not a complete newborn but is slightly older, because he is frequently shown standing on his own, barely walking, or having a small amount of head hair.

The myth associated with him is that he is a baby at the beginning of his year, but Baby New Year quickly grows up until he is an elderly bearded man like Father Time at the end of his year. At this point, he hands over his duties to the next Baby New Year.