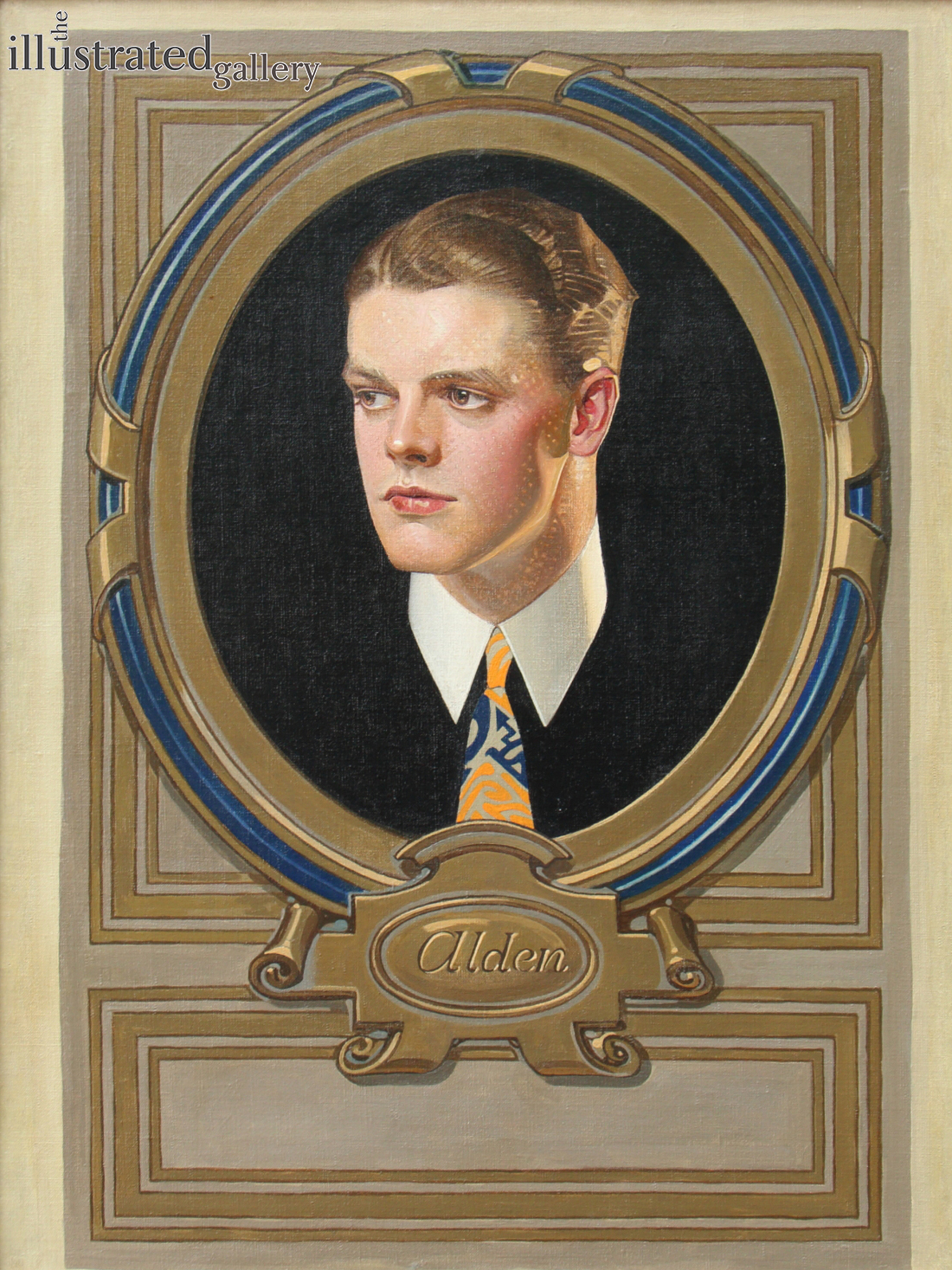 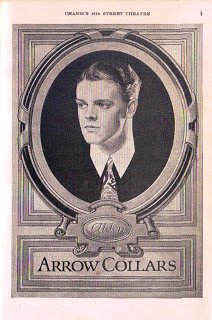 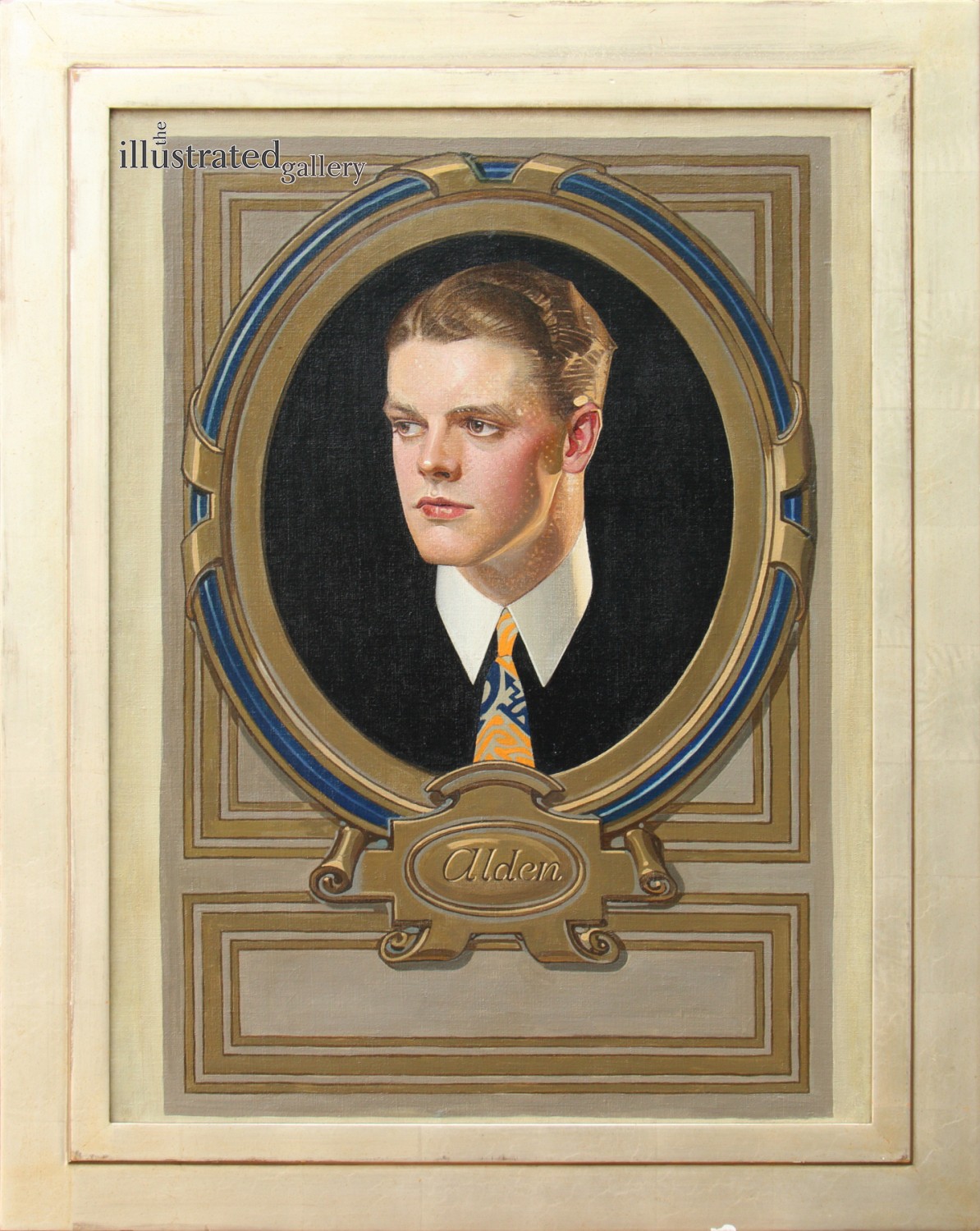 Joseph Christian Leyendecker created the Arrow Collar Man in 1905 for Cluett, Peabody & Company, the manufacturer of a detachable collar for men's button-down shirts. Featured in several subsequent advertisements for the company, the figure grew beyond its advertising purpose into a cultural symbol of a lifestyle to which men of the time could aspire. Deborah Solomon explains that Leyendecker "was the brand name who created brand names. His Arrow Collar Man was a bona fide sensation--a handsome, square-jawed man in a freshly pressed shirt, his hair glinting like blond metal. A generation of college men regarded him as the go-to authority for fashion advice. Leyendecker single-handedly changed advertising by switching the emphasis from text to image and making his pitch in emphatically visual terms. Earlier, in the nineteenth century, most printed advertisements had been crammed with tiny, hard-to-read type imploring you to buy effective or ineffective remedies for your headaches and nerves and itchy skin. The Arrow Collar Man, by contrast, was selling a vision as much as a product. He was selling the notion that any man could acquire instant class by spending twenty cents on a detachable collar." (American Mirror: The Life and Art of Norman Rockwell, New York, 2013, p. 116)