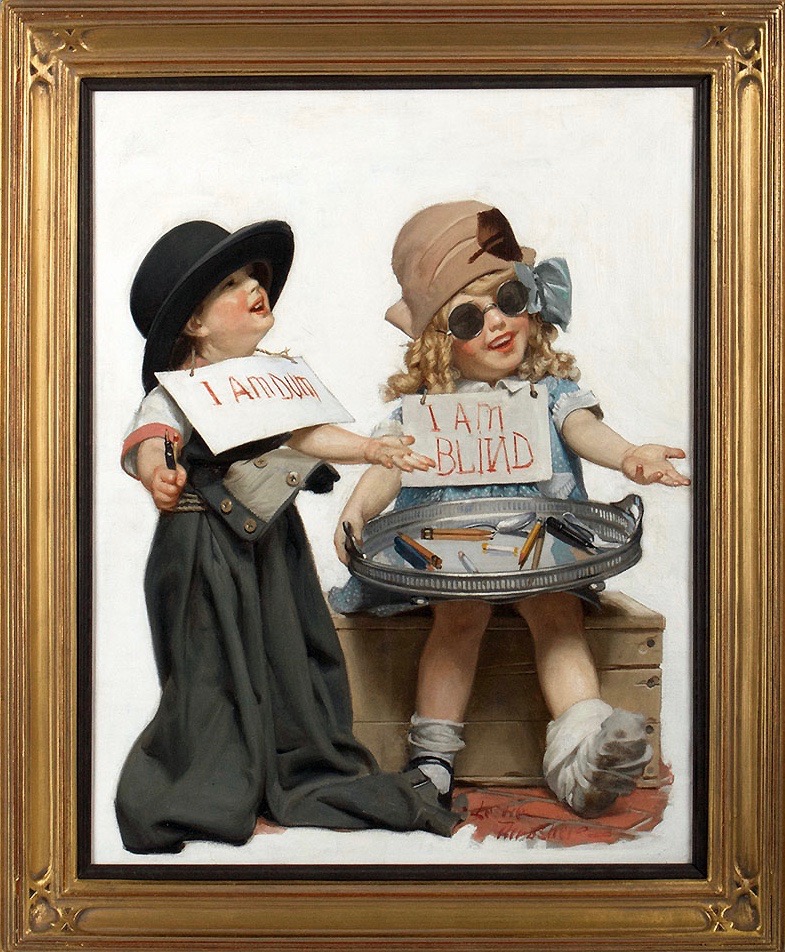 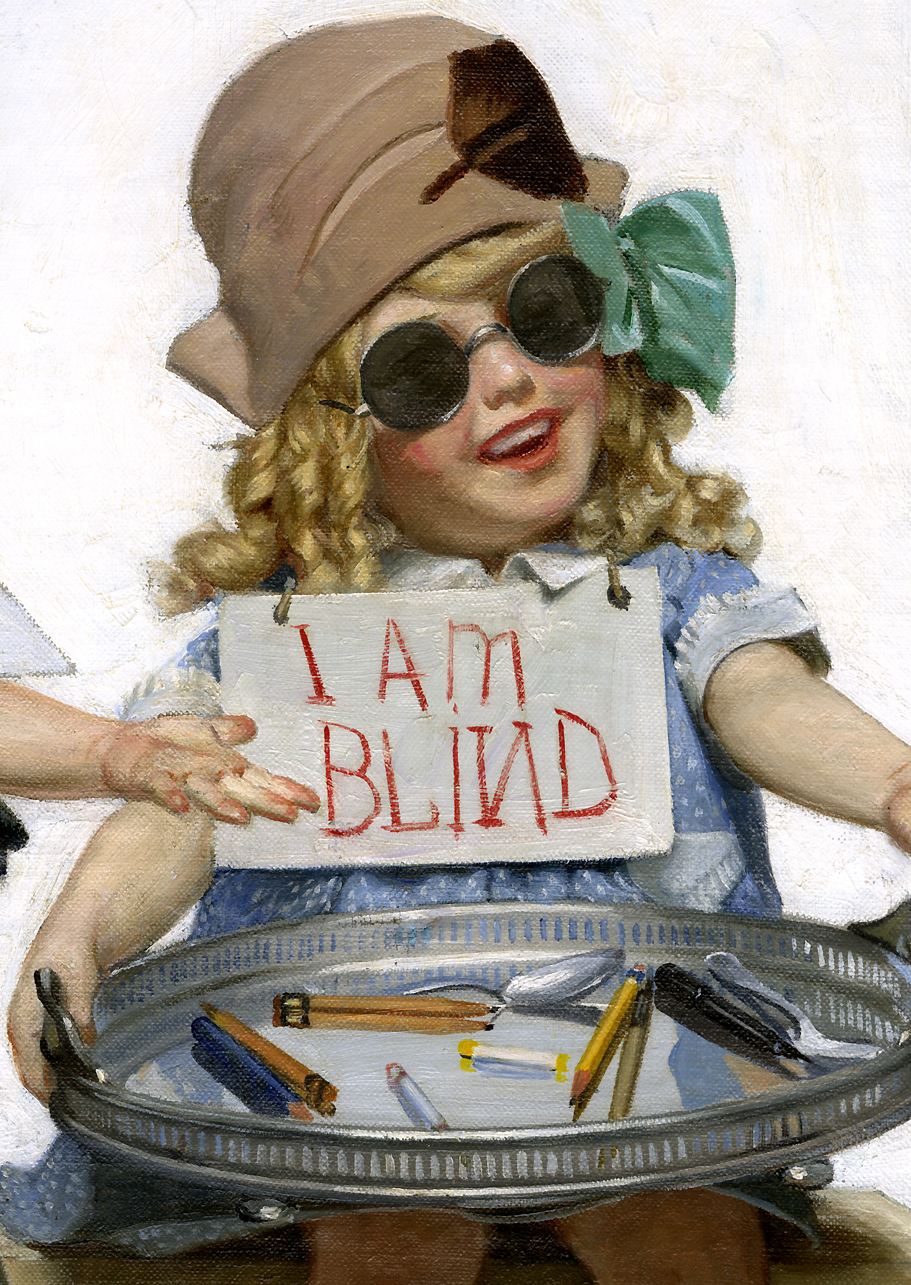 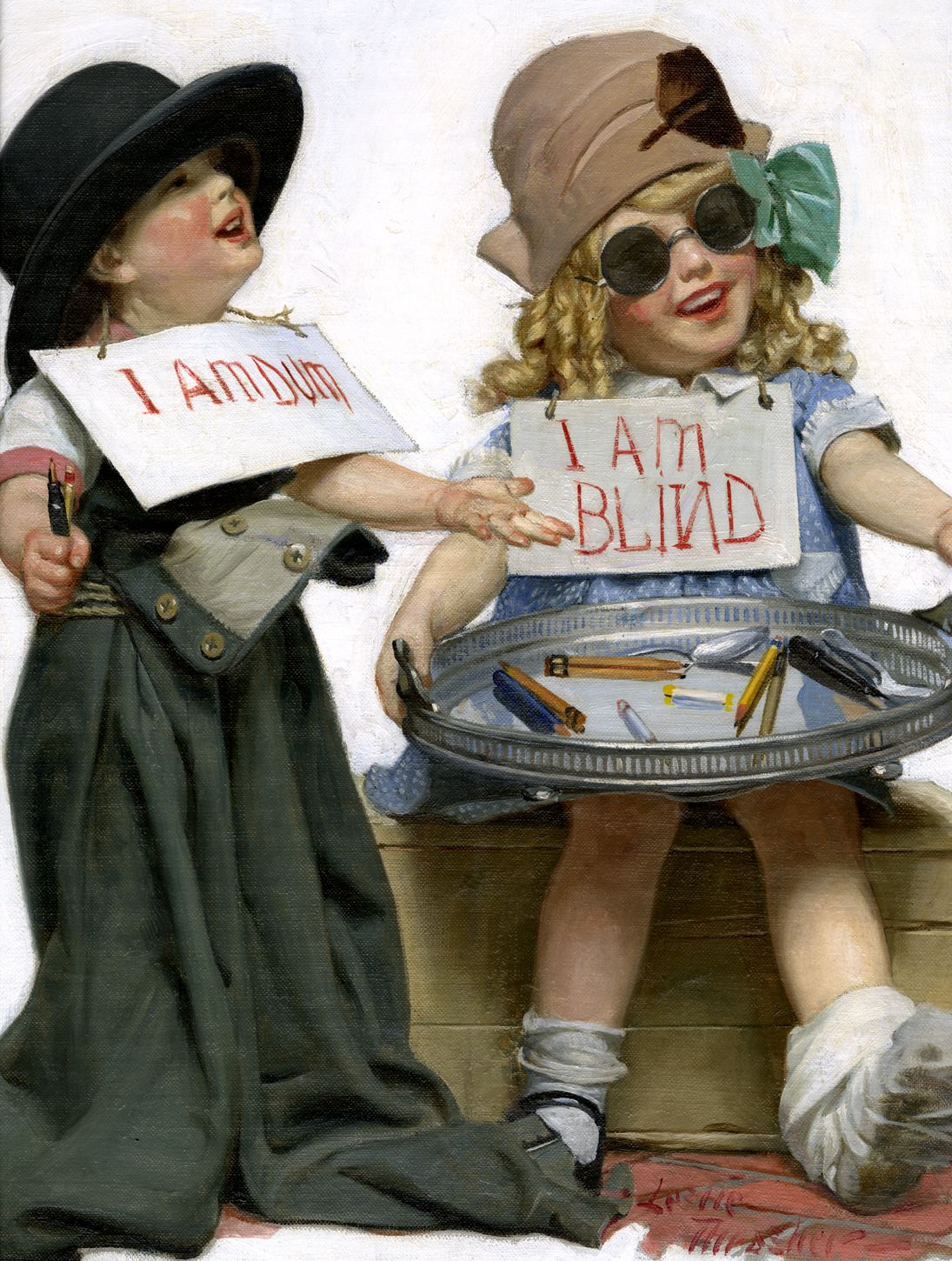 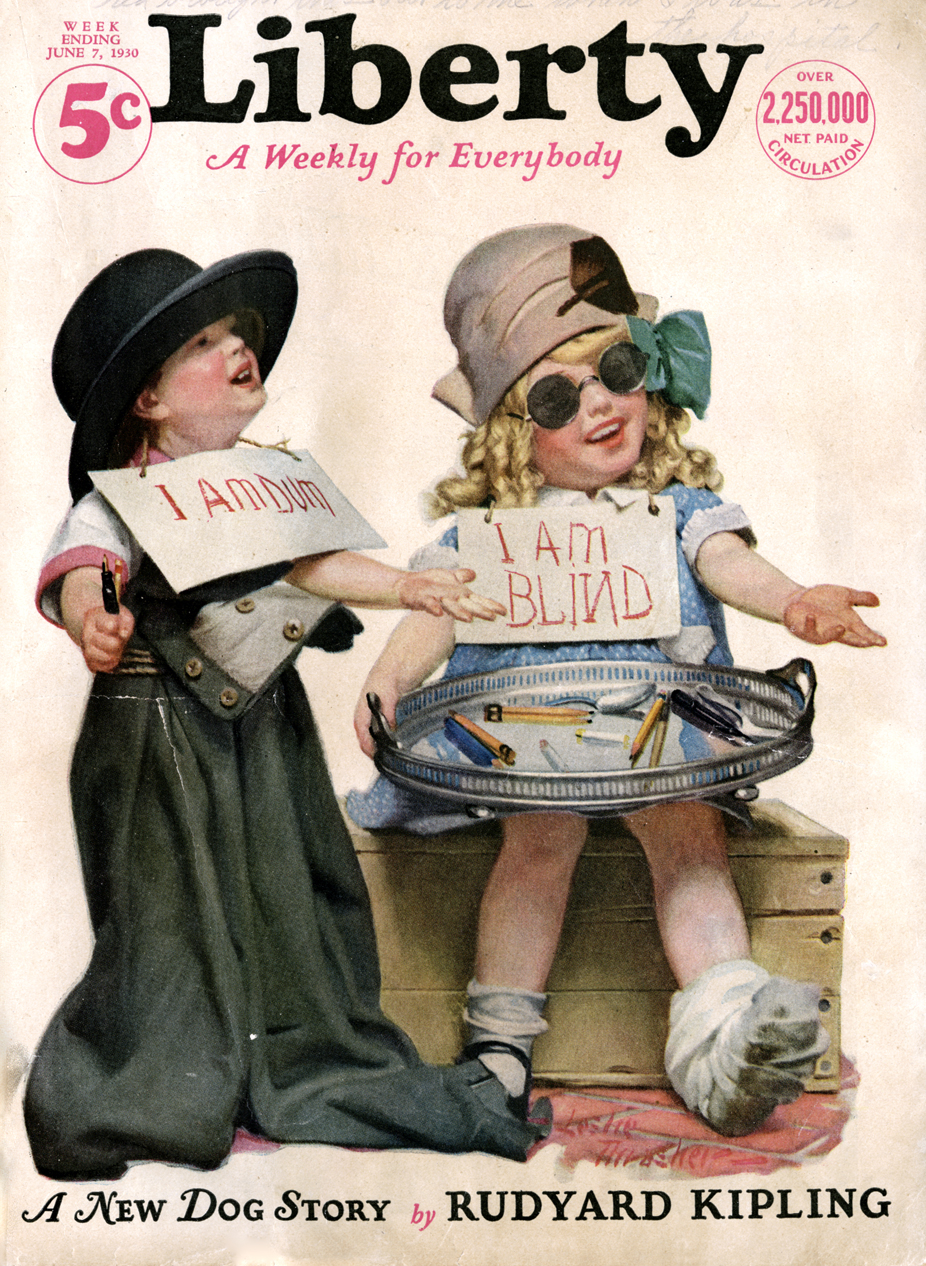 This deftly painted cover illustration by Leslie Thrasher was created for the June 7th, 1930 edition of Liberty Magazine, and showcases the artist's finely tuned ability to capture the spirit of the time in which he worked. The image shows two ruddy children in a game of dress-up, as a pair of blind and mute pan handlers attempting to sell their parents back the odds and ends they collected around the house. There is no suggestion of malice in the young faces; rather than mocking those less fortunate, these two remind the viewer of the innocence of childhood even in the face of dark and harrowing circumstances. This work was created during the early days of the Great Depression, when the outstretched hands of the needy were to all a common sight, and these two children seem to suggest some possible hope for the future.

Thrasher was best known for his humorous covers done for the Saturday Evening Post and Liberty Magazines. His first published cover was sold to the Saturday Evening Post in 1912 for $50.00. By 1926 his success and popularity earned him a contract to do a cover a week for Liberty at $1,000.00 each. Painting is handsomely framed in a gold wood frame and comes with the published magazine.

Thrasher's prodigious output was consistently lighthearted and painted in an accomplished style full of sparkle and vitality. Leslie Thrasher died on December 2,1936, several days after being rescued from his burning summer home, of pneumonia induced by smoke inhalation. The New York Times obituary stated: "Readers of the Saturday Evening Post will be especially shocked at the tragic death of Mr. Thrasher, for he had endeared himself to them by many cover pictures, full of character and homey American humor." Thrasher's career had an auspicious beginning. He studied at the Pennsylvania Academy of the Fine Arts and won a years scholarship to attend the Ecole de Grande Chaumiere in Paris. After his return in 1910, he studied briefly with Howard Pyle, and developed a close friendship with fellow-student Douglas Duer. They both served oversees during World War I, where they were assigned to camouflage with the Fortieth Engineers.