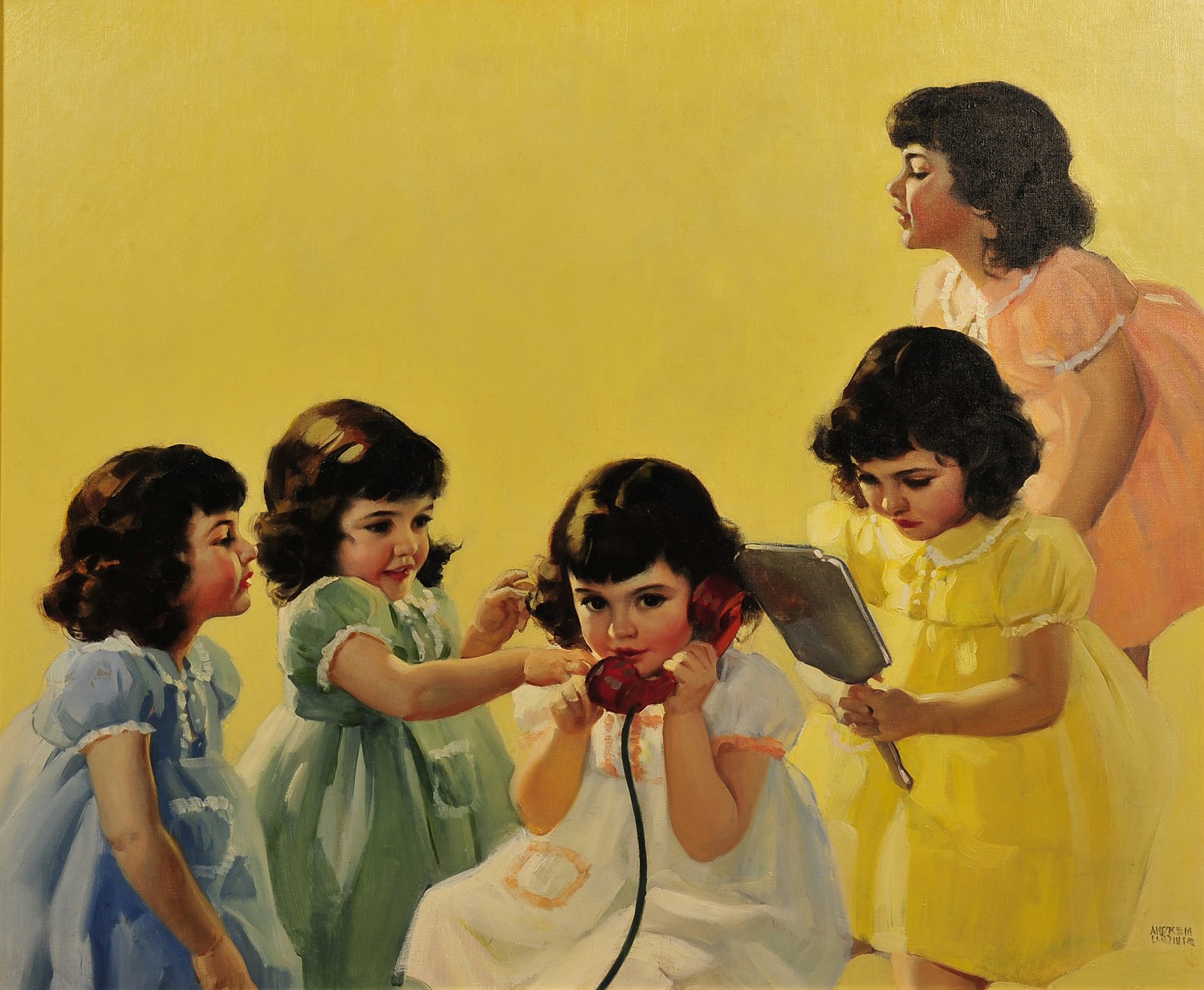 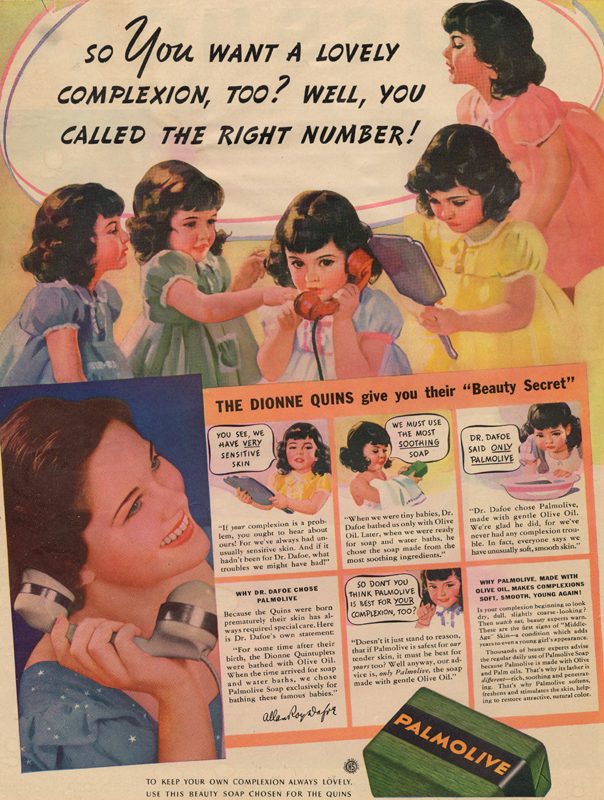 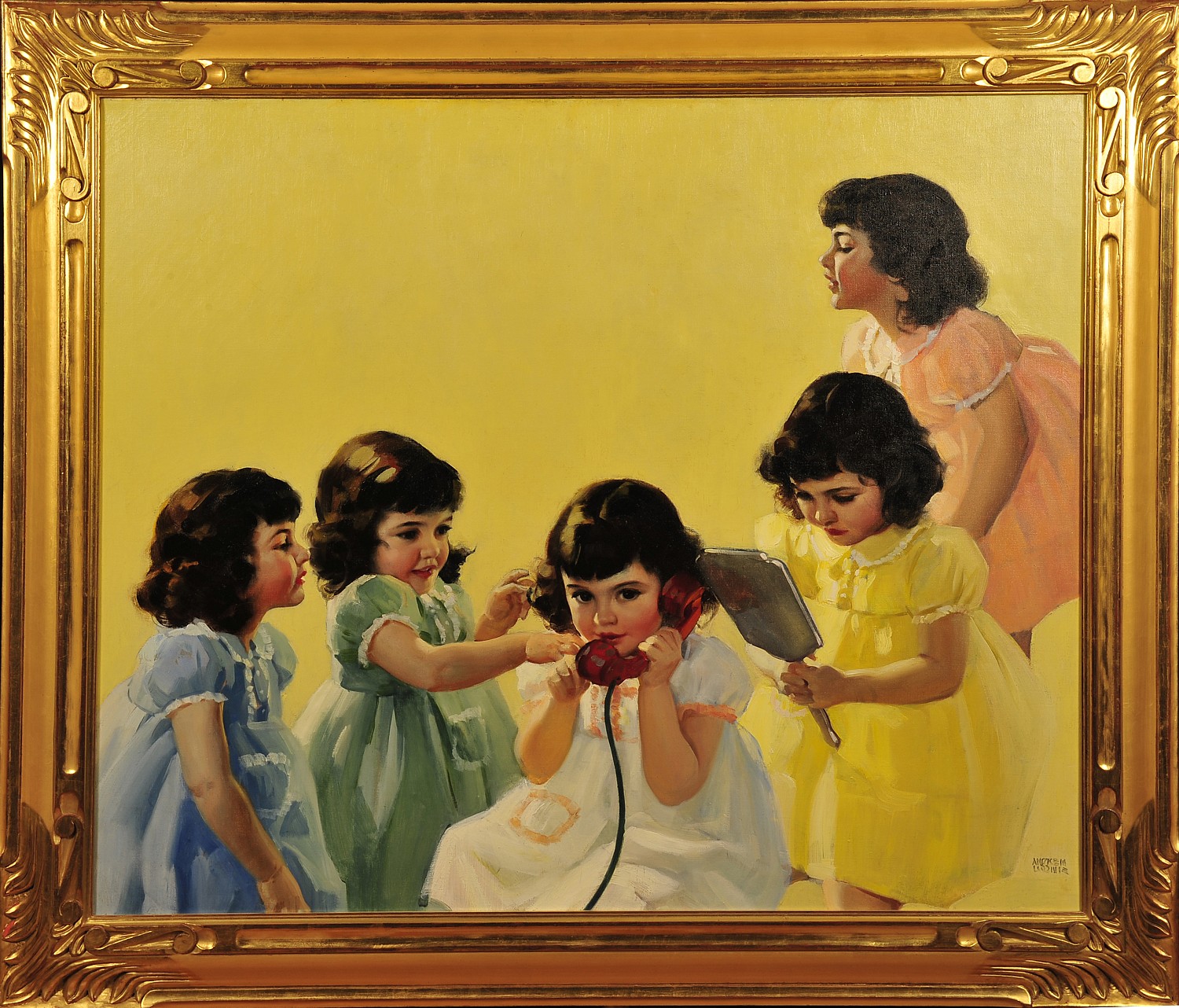 Image of the Dionne quintuplets.

Beginning when they were toddlers, American illustrator, Andrew Loomis, painted a portrait of the famed quintuplets every year until they were 21 years old.  The pictures appeared in magazines, and on billboards and calendars that hung in millions of homes.  They usually depicted normal young girls’ activities, from playing with dolls, to sitting around a campfire.

The five sisters were born on May 28, 1934, in Collander, Ontario, Canada.  When they were four months old, the world famous babies were taken from their family and made a ward of the King under the Dionne Quintuplets Guardian Act.  The Canadian government used the girls as a tourist attraction, and thousands of visitors paid to see them everyday.  In 1943, they were given back to their parents.

This painting was used as an advertisement for Palmolive Soap and appeared in many magazines.