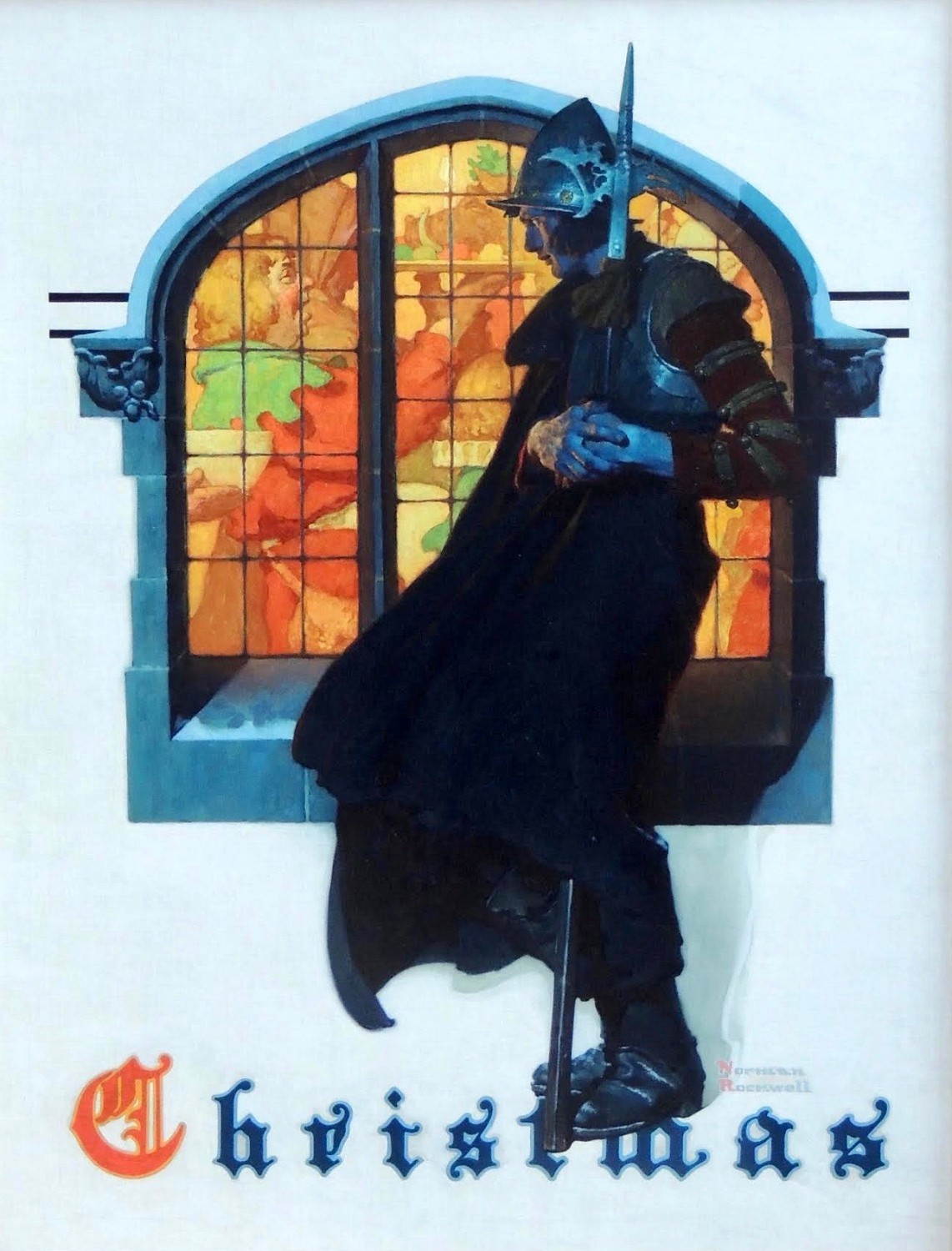 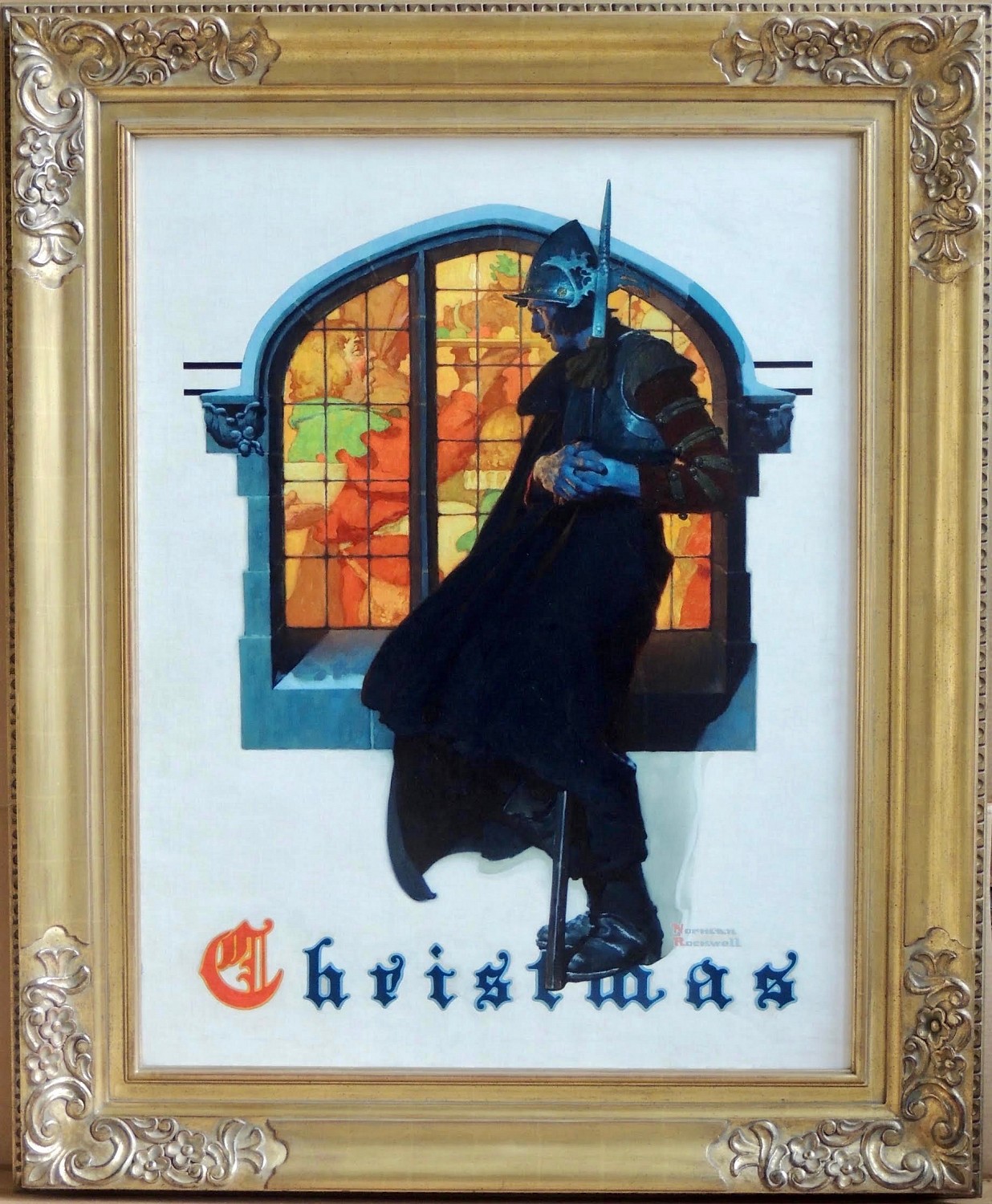 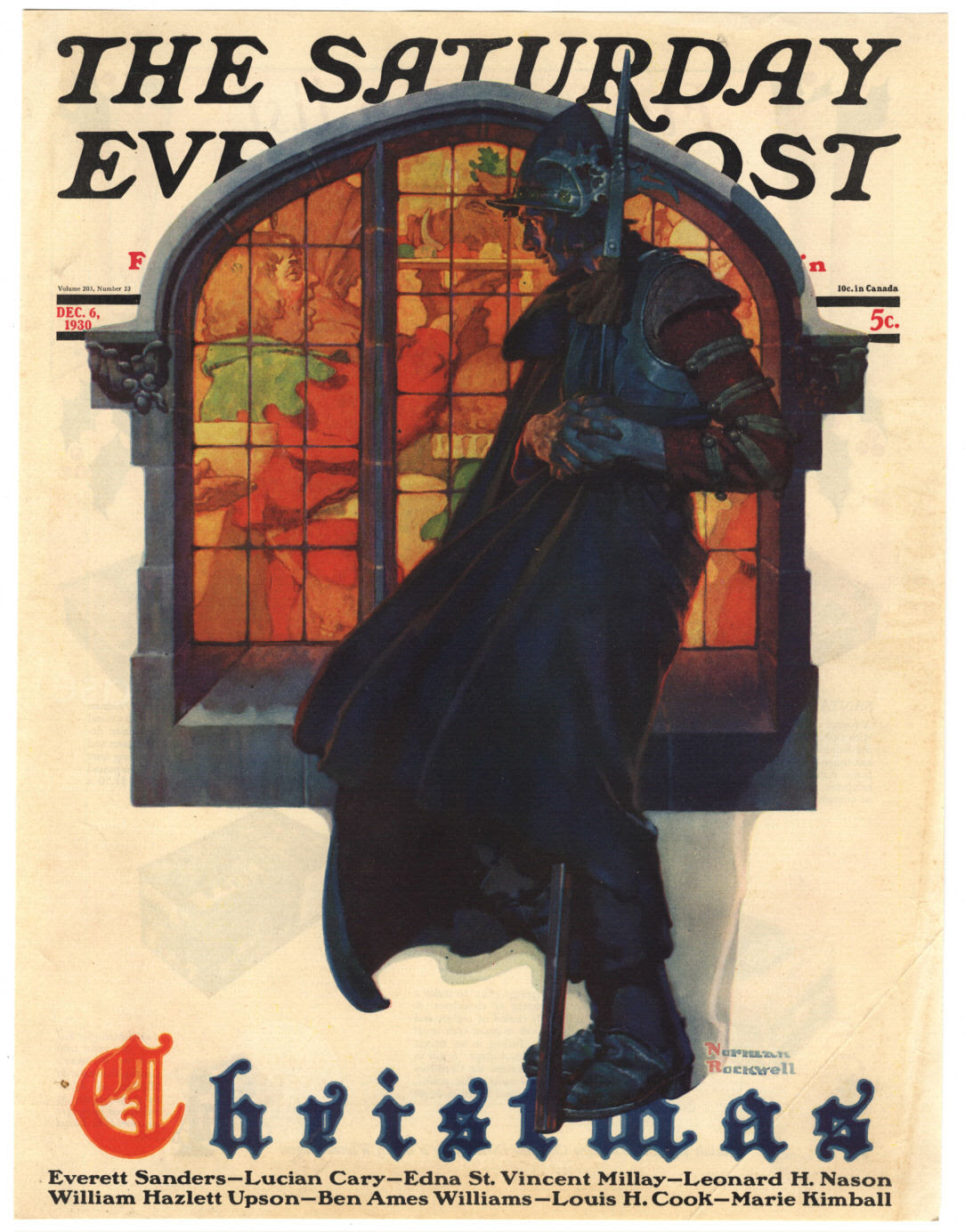 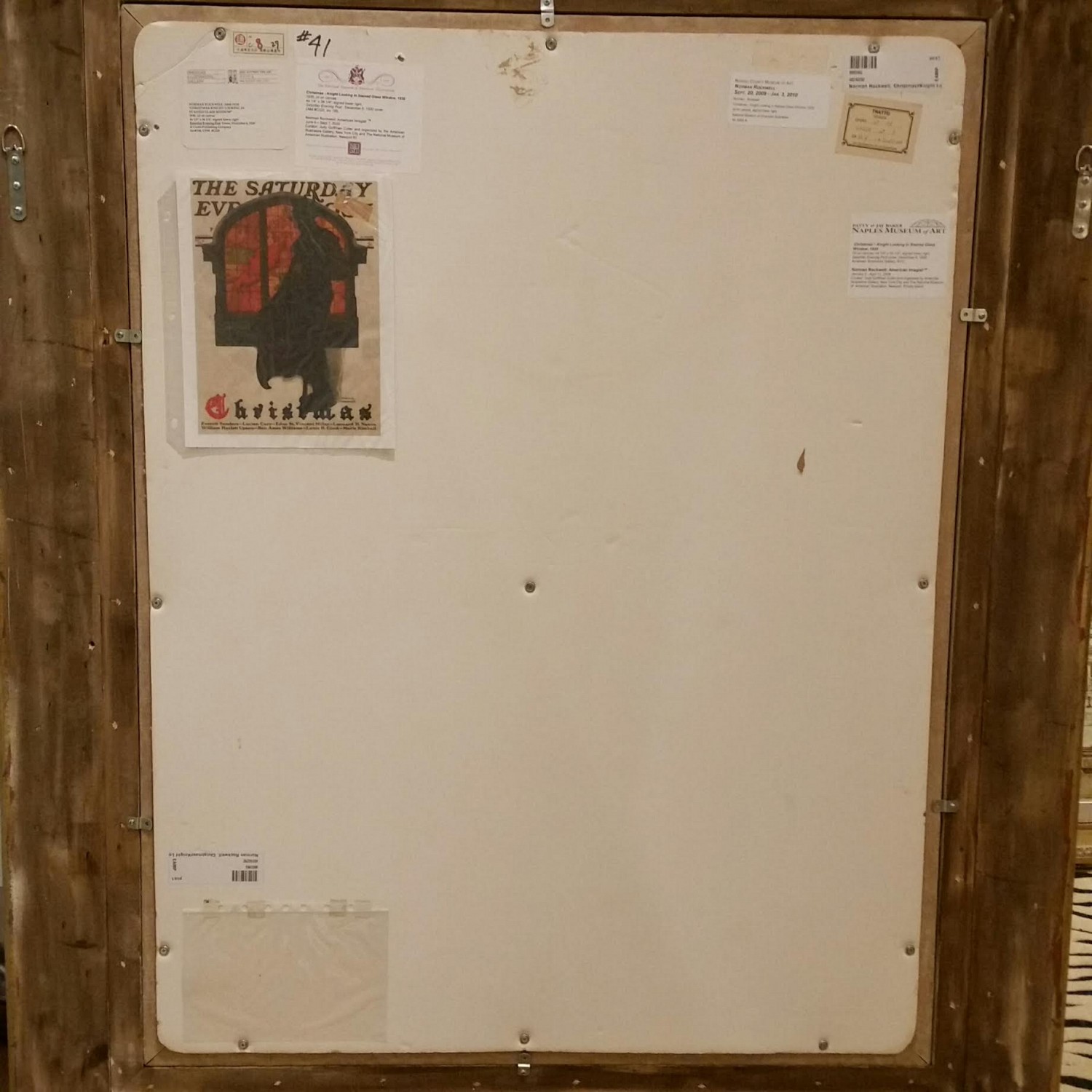 Signed Norman/Rockwell (lower right). Norman Rockwell painted Christmas: Knight Looking in Stained Glass Window for the December 6, 1930 cover of The Saturday Evening Post. Depicting a knight on guard duty who forlornly watches a jovial Christmas party from afar, the painting exemplifies the images Rockwell produced for the cover of The Post in the 1930s, a decade in which he ultimately produced nine images for the magazine. Compositionally, the painting maintains the vignette-style format that all of The Post’s artists adhered to when creating its cover art up to this period. The figure and his setting are also accompanied by the horizontal black lines of the publication’s masthead, a design feature that would disappear by 1940. Rockwell’s talent and vision undeniably aided The Post in making the transition away from its traditional layout towards a more sophisticated design as his career and association with the magazine continued. An artist with an unmatched gift for narration, he maintained the sense of humor and rigorous compositional design he had always included in his paintings, but now he achieved a new sense of naturalism as he increasingly rendered scenes in a fully articulated time and place. Works such as Christmas: Knight Looking in a Stained Glass Window foreshadow this stylistic direction. Though the compositional elements of the scene are still set against a white background, the remarkable details Rockwell includes all serve to enhance his narrative. The warm light that bathes the feasting revelers inside contrasts starkly with the cool palette he utilizes to render the knight and window, which is dusted with a layer of snow. The positioning of the knight himself, hands clutched closely to his body and subtly hunched over, as well as his billowing cloak, further indicate the setting as a bitterly cold winter evening. The effect is such that the viewer immediately recognizes Rockwell’s intended message, just one of the many reasons why the artist became the most successful artist associated with The Post over the course of its long and storied history.