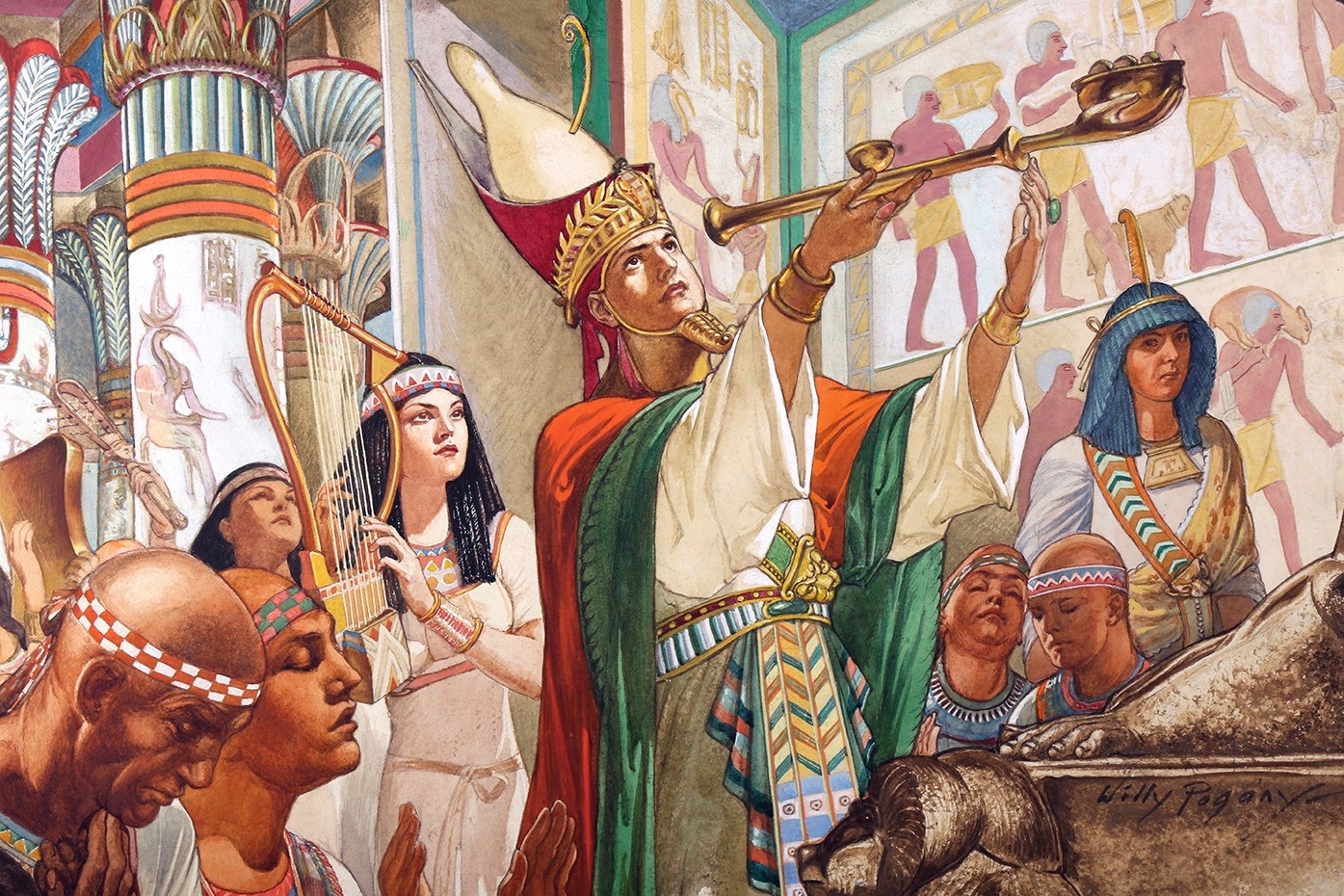 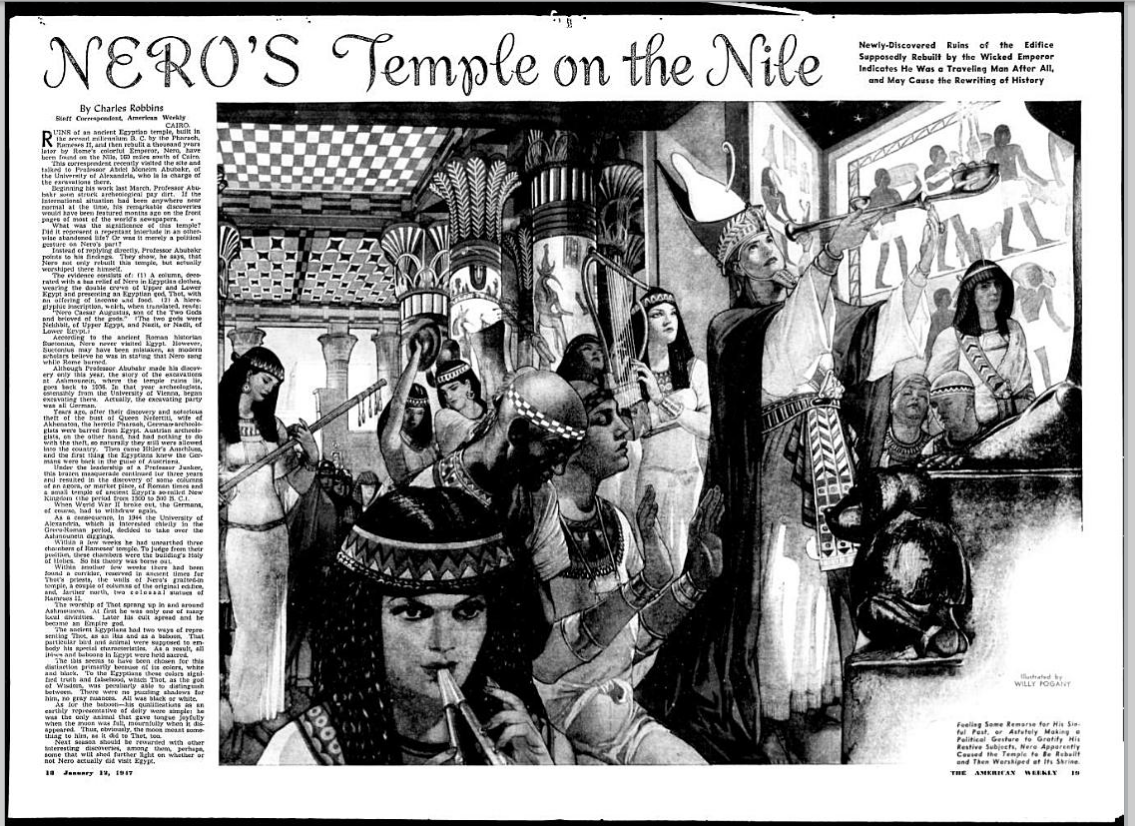 A large and important bustling published colorful gouache illustration painting by Willy Pogany for an interior story titled "Nero's Temple On The Nile", which appeared in the January 12, 1947 edition of Randolph Hearst's American Weekly Magazine. An over the top opulant Egyptian themed costumed imagining of life in ancient Rome, which appeared with the following story caption: "Feeling some remorse for his sinful past, or astutely making a political gesture to gratify his restive subjects, Nero apparently caused the temple to be rebuilt and then worshipped at its shrine." Artists that worked for this long running syndicated newspaper Sunday supplement included Henry Clive, Edmund Dulac, Victor Tchetchet, Mario Cooper and Willy Pogany.

William Andrew (Willy) Pogany was a native of Hungary and his first studies in Budapest and Paris were in engineering. Success in caricaturing led him to pursue and art career, first in London and then in America. His influences were the Oriental artists and illuminated books, and much of his career was devoted to book illustration.

Among his many successes were The Rubaiyat, The Kasidah, The Children’s Book of Northern Myths, The Witch’s Kitchen, The Frenzied Prince, Sonnets from the Portuguese, Fairy Flowers, Forty-Four Turkish Fairy Tales, Tales of the Persian Genii, A Treasury of Verse for Little Children, Stories to Tell the Littlest Ones, Hungarian Fairy Book, and Gulliver’s Travels. He also painted murals, did etchings, designed stage settings, and exhibited widely, the artist was also a favorite in Randolph Hearst’s magazines.