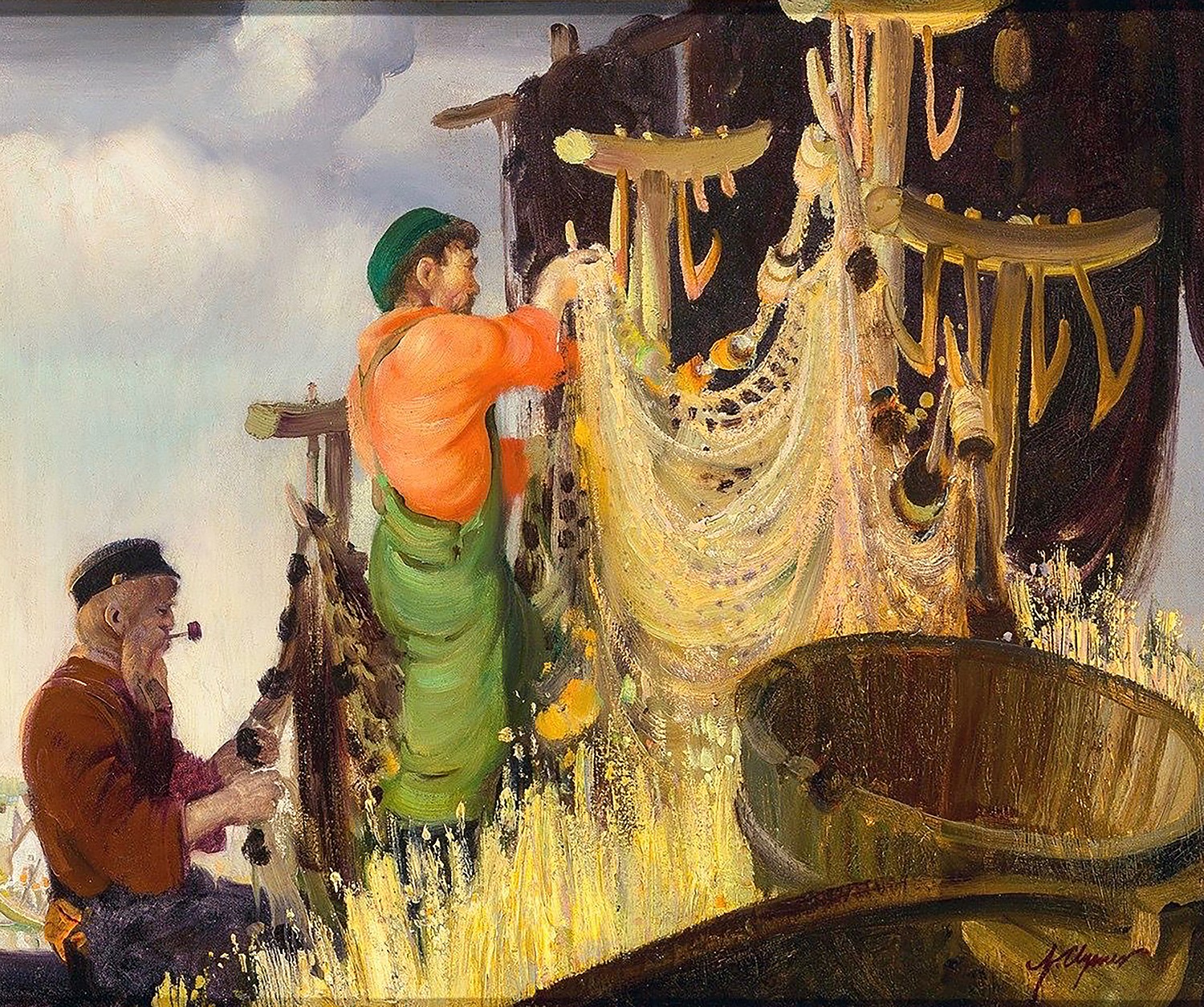 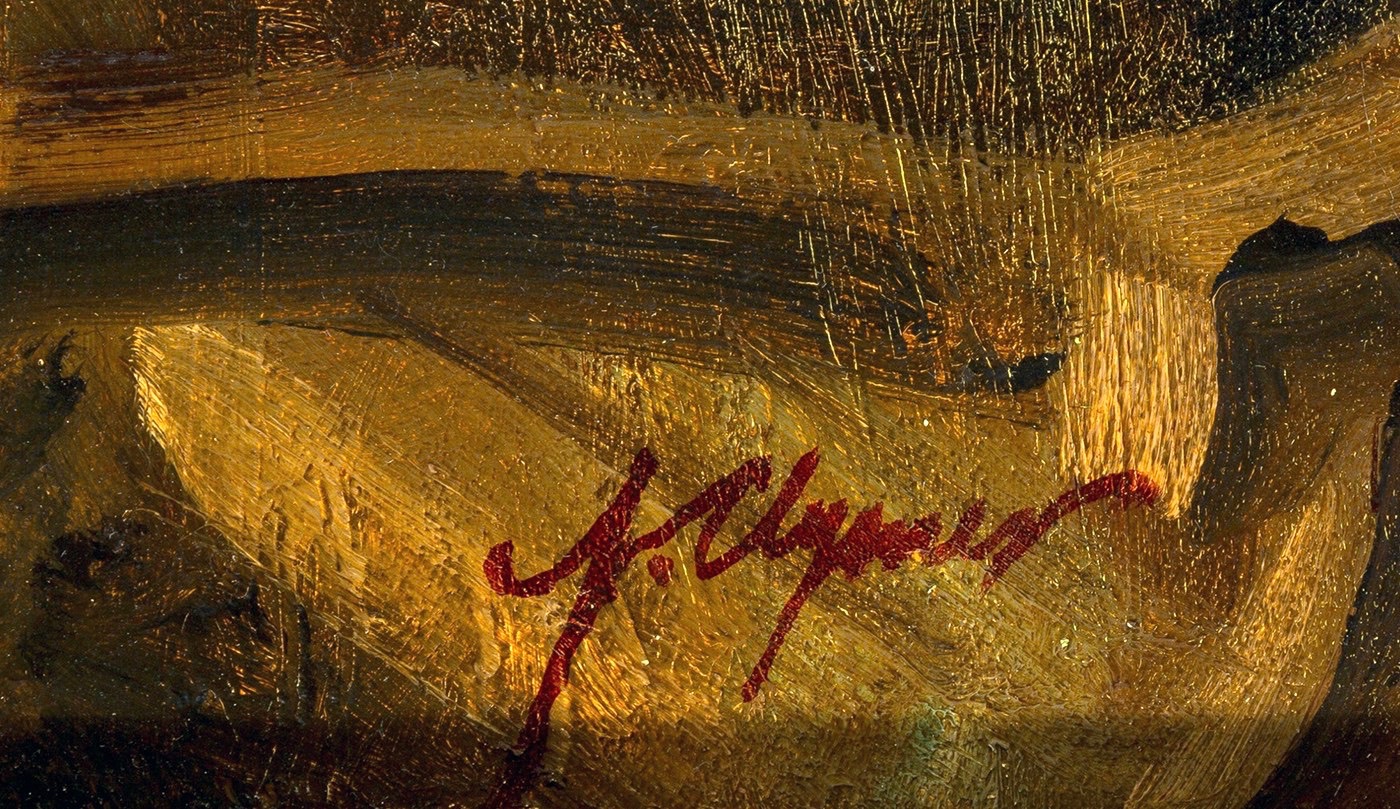 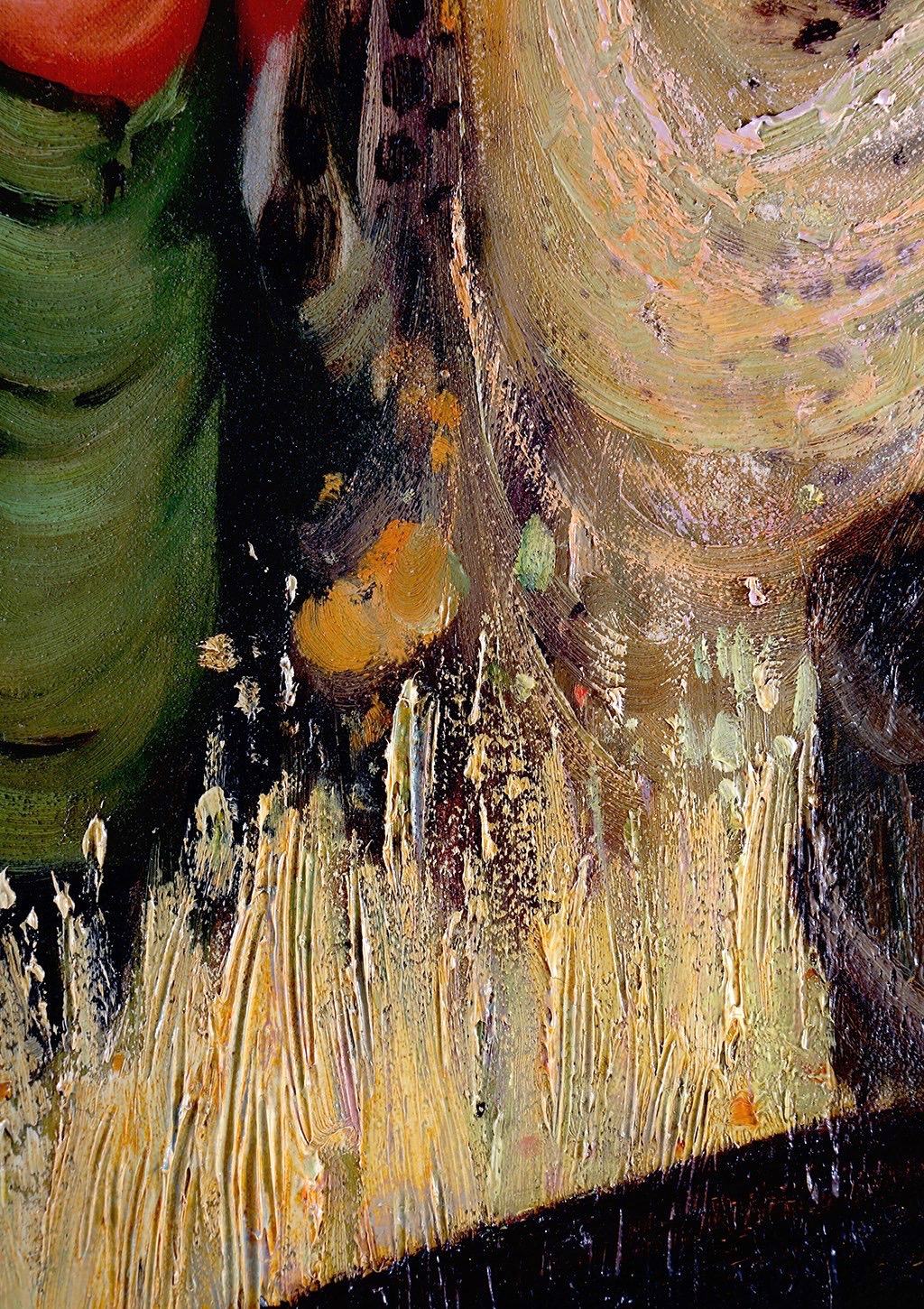 Drying Nets - Mont Saint Pierre is an antique 1930s signed oil on canvas painting by the important American artist and illustrator John Clymer, signed lower right and titled on the back stretcher bar in the artist's hand. The work is a fine American impressionist painting with dazzling impasto work, particularly on the nets being hoisted and the frothing sea. Showing a rugged scene of two fishermen on the coast of the St Lawrence river in New Brunswick Canada, this appears to date to the 1930s when the artist resided in Connecticut. The painting is housed in a fabulous and original-to-the-painting American Arts & Crafts aesthetic Plein Air carved gold frame.

John Clymer, renowned for his historic and artistic contribution in documenting the American Frontier, was born in Ellensburg, Washington in 1907. Clymer was fascinated by art at an early age, and began taking art correspondence courses in art during high school. At the age of sixteen, he sold two drawings to the Colt Firearms Company and made his debut as a professional artist. After high school, Clymer moved to Vancouver, British Columbia, where he worked as an illustrator by day and took night classes at the Vancouver School of Art. During his year in Canada, Clymer became a top illustrator for several leading Canadian magazines.

In 1932, Clymer married his high school sweetheart Doris, who would conduct the crucial historical research for his later paintings. The Clymers moved to Westport, Connecticut, a thriving colony for young artists where Clymer learned from American illustration legends like N.C. Wyeth (1882-1945) and Harvey Dunn (1884-1952). Clymer's illustrations appeared in Cosmopolitan, Good Housekeeping and American Magazine. During his career as an illustrator, he created over eighty covers for the Saturday Evening Post.

Like many successful illustrators, Clymer longed to devote his time to easel painting, and in 1964 committed himself to painting the wildlife and history of the American West. That same year, New York's Grand Central Art Galleries hosted his successful one-man wildlife art exhibition. In 1970, Clymer moved with Doris to Teton Village, Wyoming, where he spent winters in his studio and summers traveling to research and sketch historical sites.