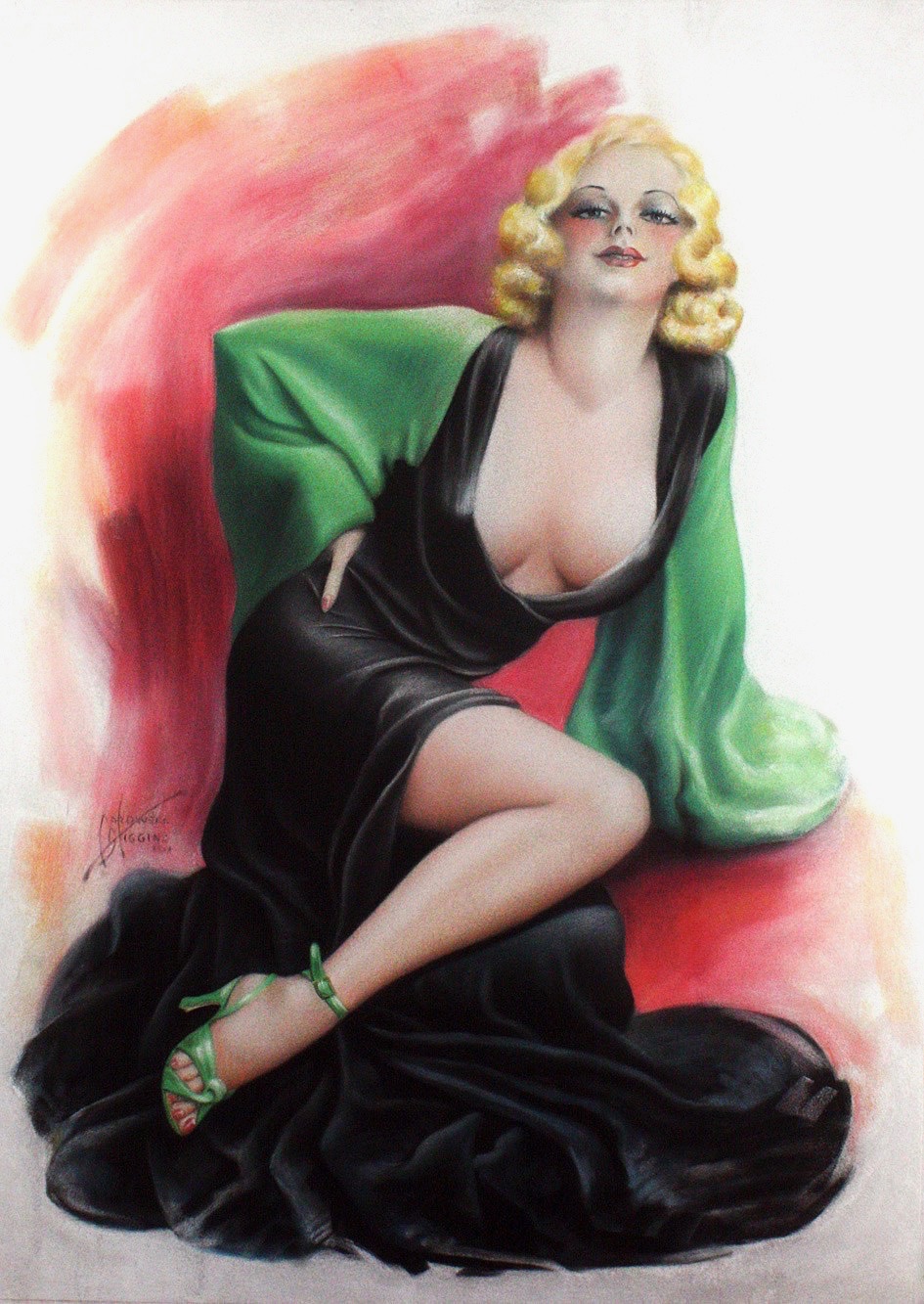 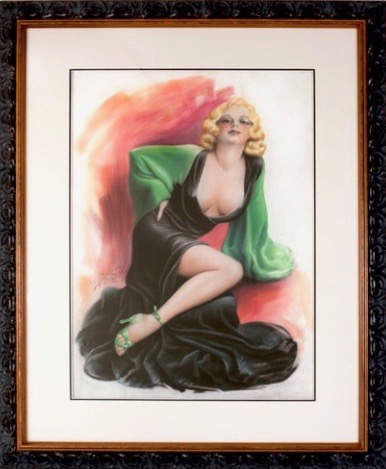 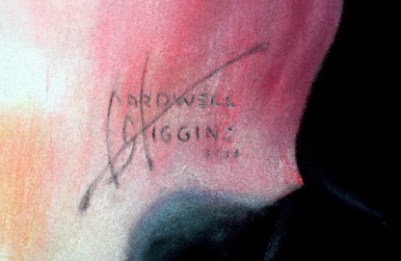 Pre-code Hollywood starlet Verna Hillie is the subject of this erotically charged pastel portrait, which was likely used as a cover for the title Reel Movie Fun, a short lived wild and racy publication that merged the world of pin-up and burlesque with the envelope pushing film culture emerging from Hollywood before enforcement of the notorious Hays code put an end to overt expressions of sexuality or immorality on screen. Pastel is dated and signed on the back and the sitter is identified in the artist's hand as seen. Beautifully framed and matted behind glass in a handsome gallery frame and ready to hang.

Verna Hillie was a Monograph Pictures star who appeared in The Marx brothers comedy "Duck Soup" in 1934 and starred alongside John Wayne in the "Star Packer" and "The Trail Beyond" in that same year.

Cardwell Higgins was a prolific American 1930s-40s illustrator. He created risque pin up girl covers for the titles Silk Stockings, High Heels, The Stocking Parade, Reel Movie Fun, and other pre-code publications of the day.