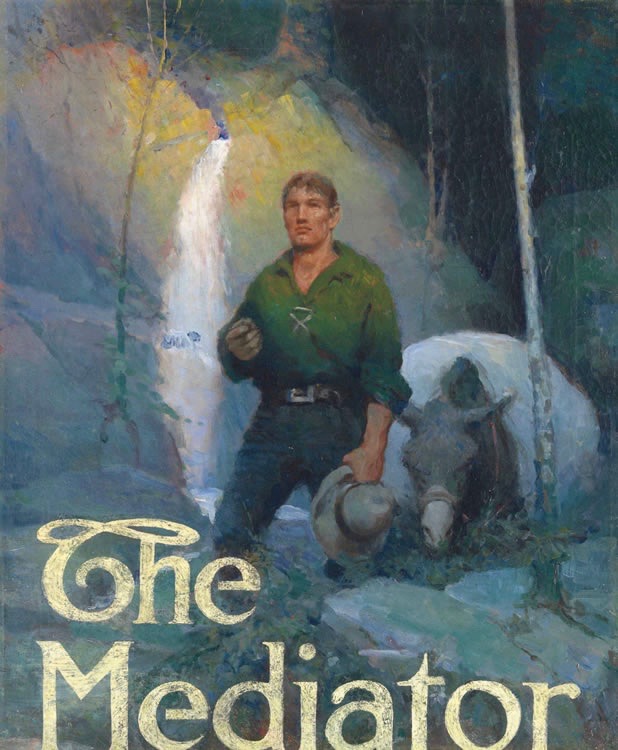 Douglas Duer (1887-1964) was a member of New York's Society of Illustrators who studied with William Merritt Chase at the Pennsylvania Academy of Fine Arts and later with Howard Pyle in Wilmington, Delaware. He contributed illustrations for several fictional works, including the present painting, which served as the dust jacket illustration for Roy Norton’s novel The Mediator, published in 1913. The story follows the adventures of a prospector named Elisha “Lish” Henley, who earned the nickname “The Mediator” from his desire to settle conflict and maintain peace.