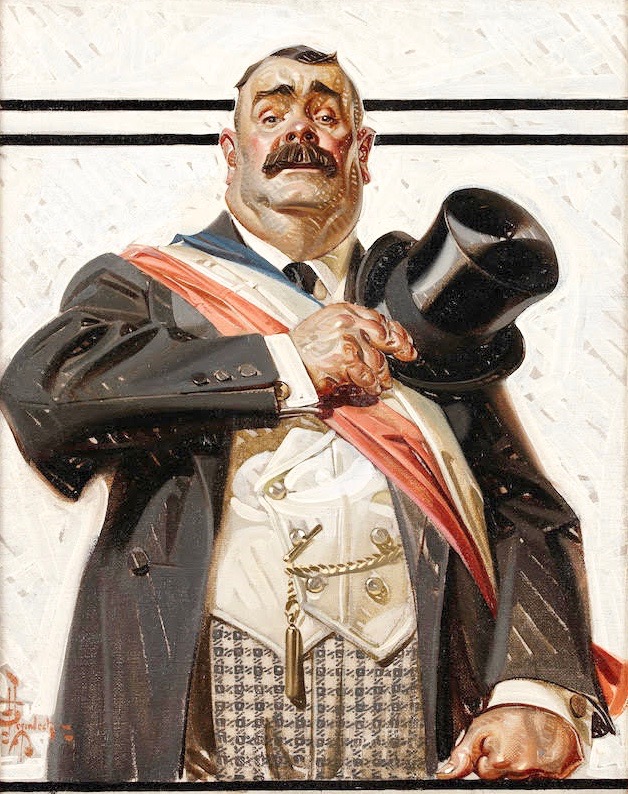 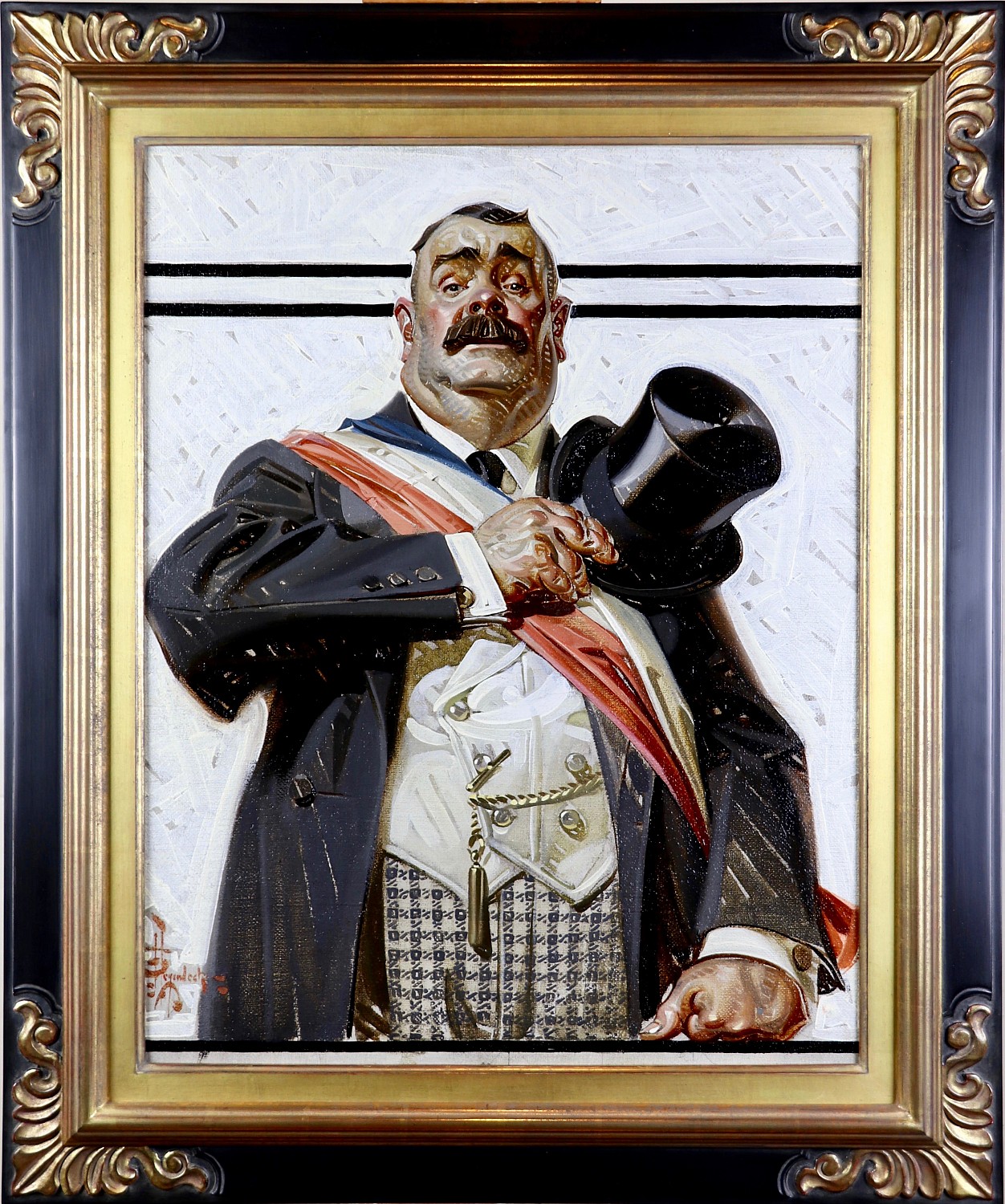 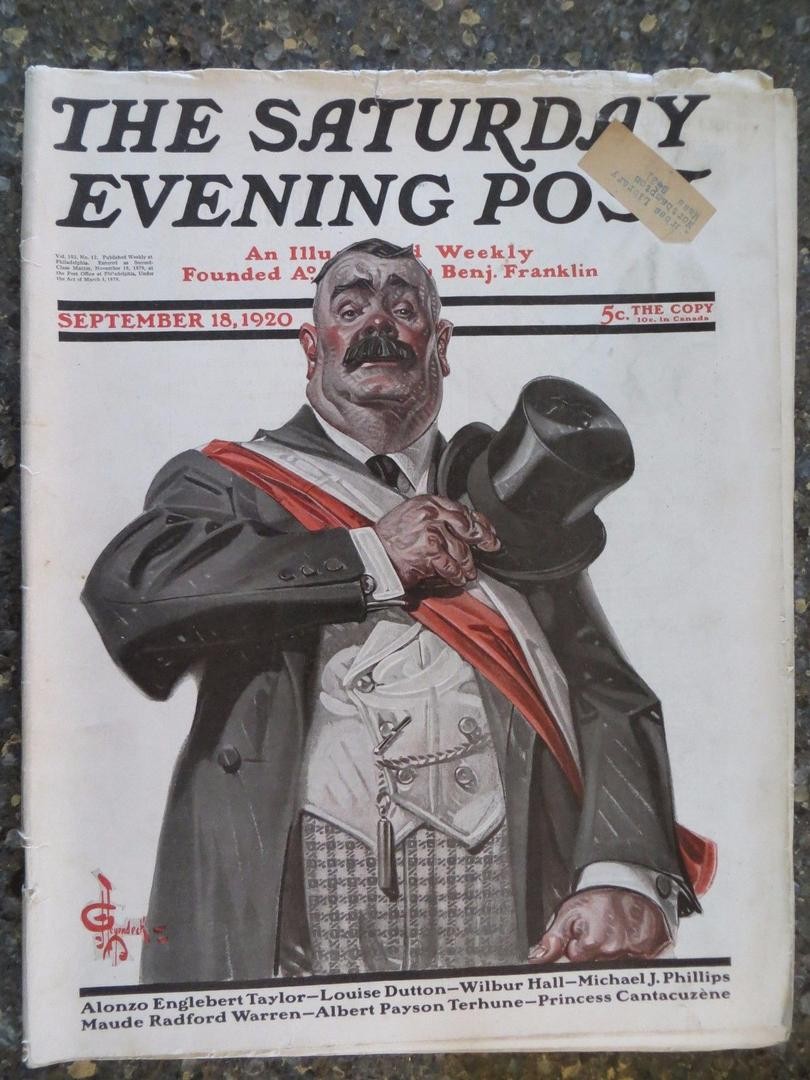 Another of Leyendecker's popular patriotic types was the political candidate. His November 4, 1916 cover, for example, shows a candidate in a bowler hat delivering a stump speech, wildly gesticulating with his outstretched arm and raised fist. This particular 1920 cover, The Candidate, captures a politician wearing a flag sash and appealing to his audience in a different fashion, with a concerned, empathetic expression and his hand placed over his heart in a gesture of honor. The frontal stance of the candidate, as well as his top hat, tailored suit, and gold watch fob, also resembles that of the upper-class industrialist on Leyendecker's October 5, 1907 cover, Getting Rich Quick.