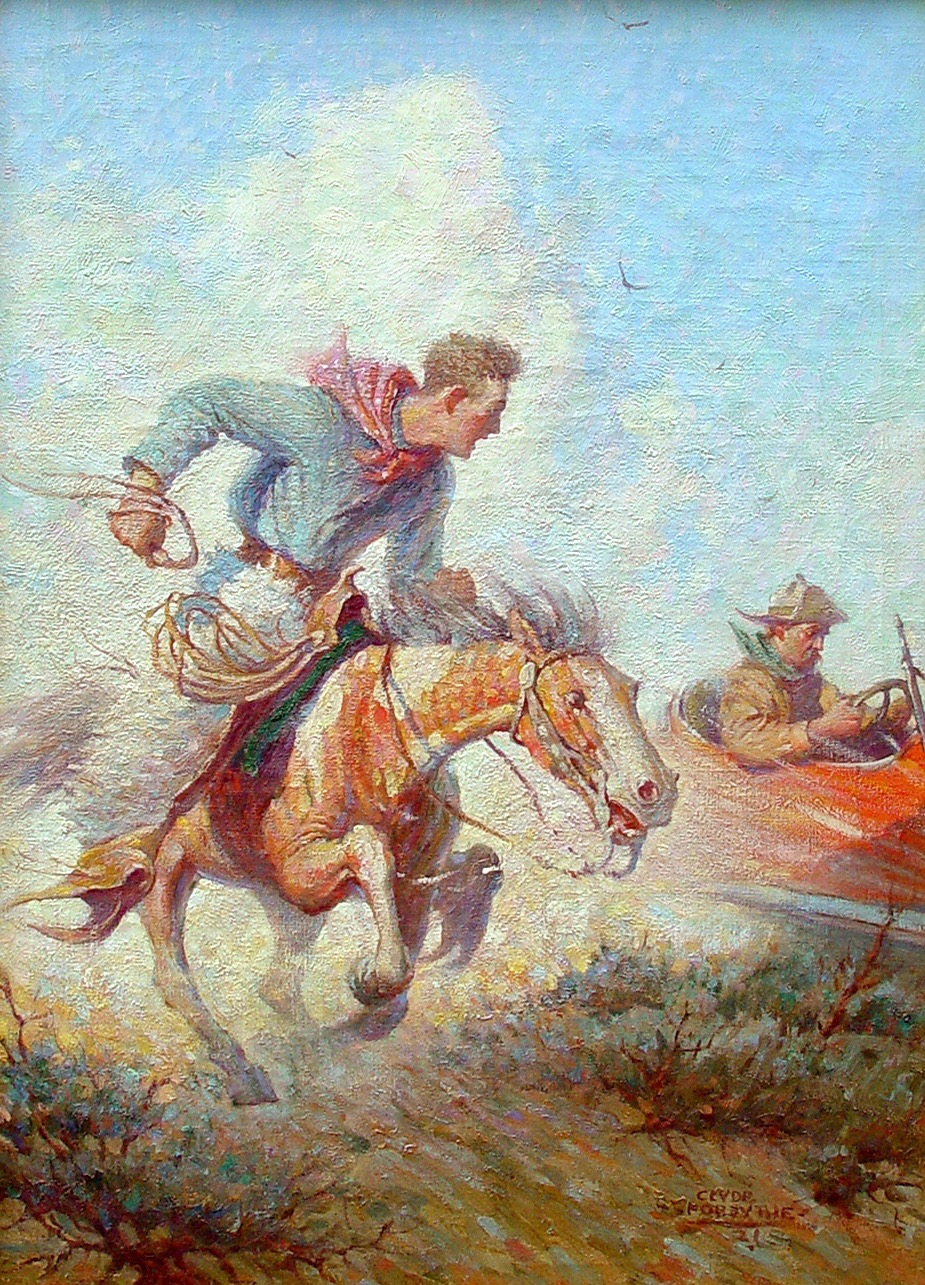 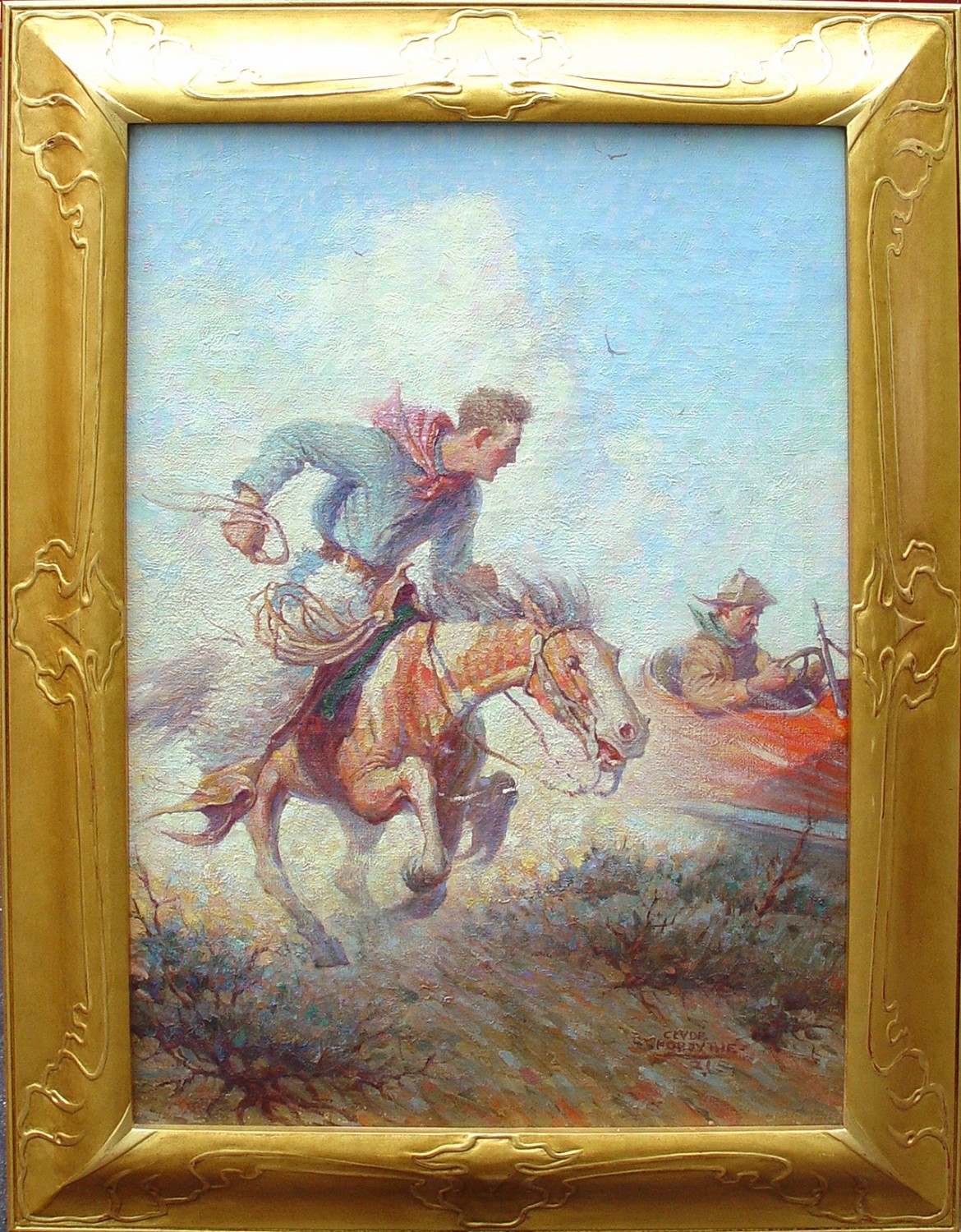 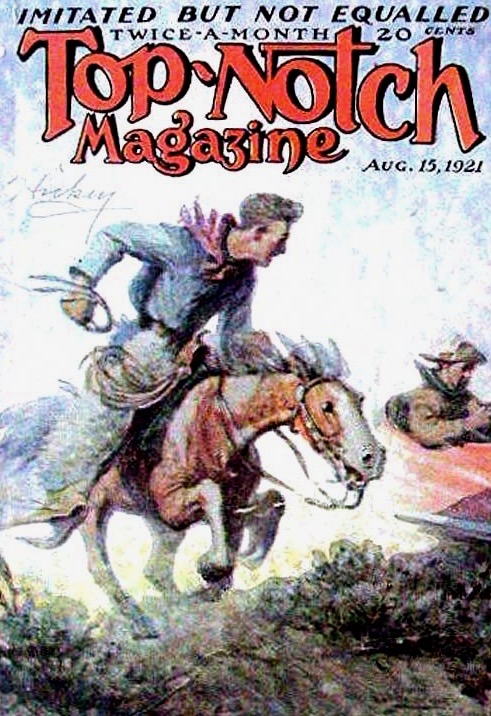 Forsythe was a major influence on many great artists and had many important friends. He was Rockwell's studiomate and mentor and actually helped Rockwell to get his first cover at The Saturday Evening Post.

Forsythe was also friends with Teddy Roosevelt, who was the first President to drive a car. "The Race is On" 1921 depicts Teddy Roosevelt racing a cowpoke on horseback.

This is a phenomenal painting in many respects - historical, western, presidential, car. Roosevelt is a major collector's market. The car is a Red Model T Roadster as well. It also contains great action and drama - and beautifully rendered, as good if not better than any WR Leigh, Frank Tenney Johnson or Remington.