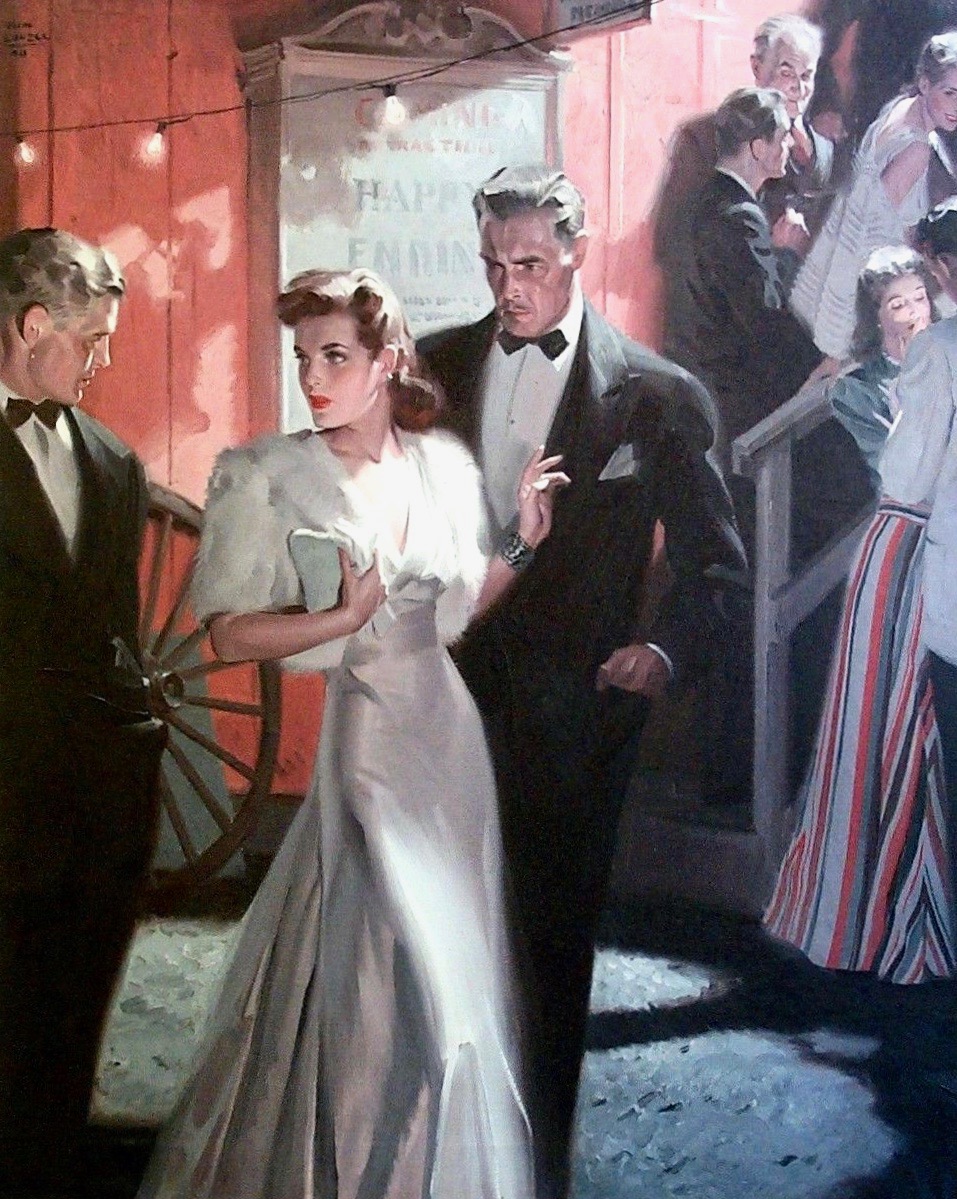 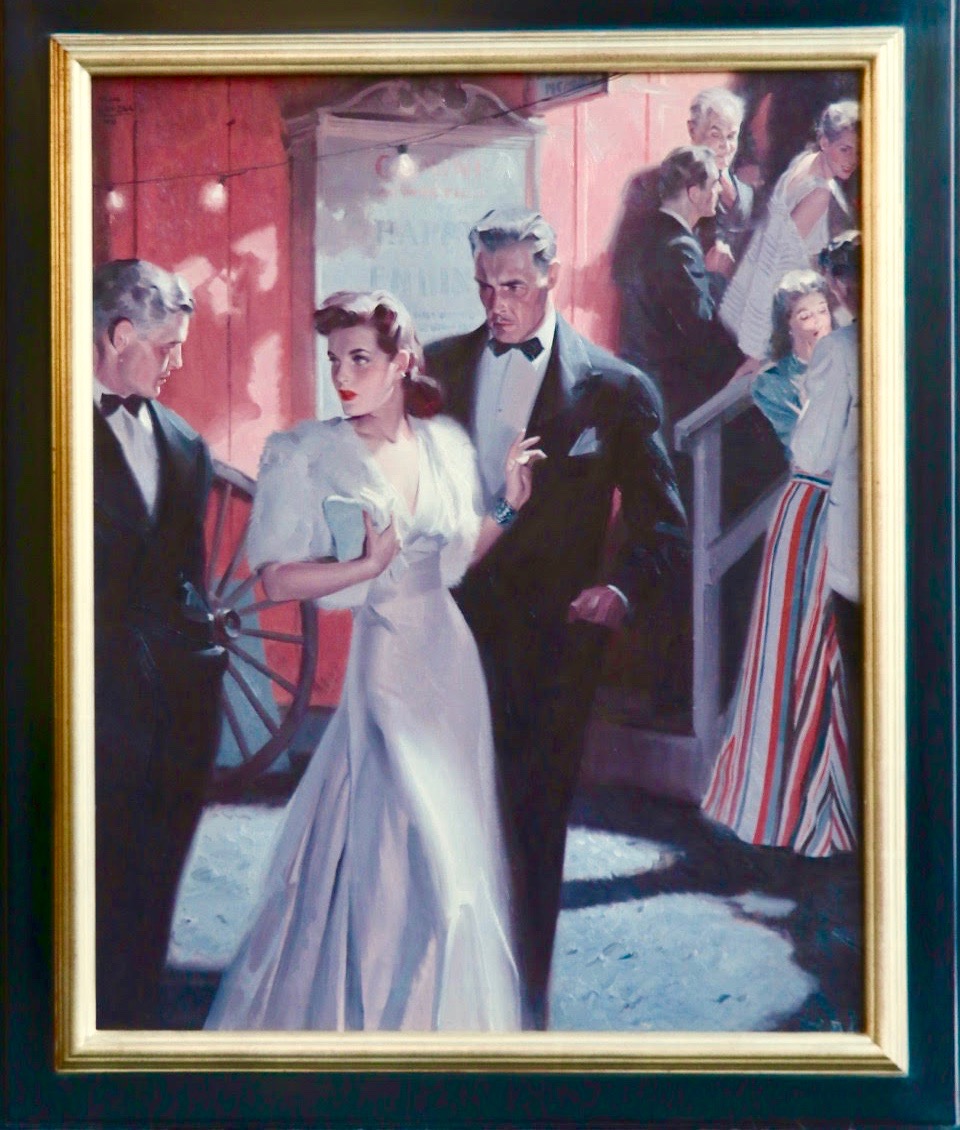 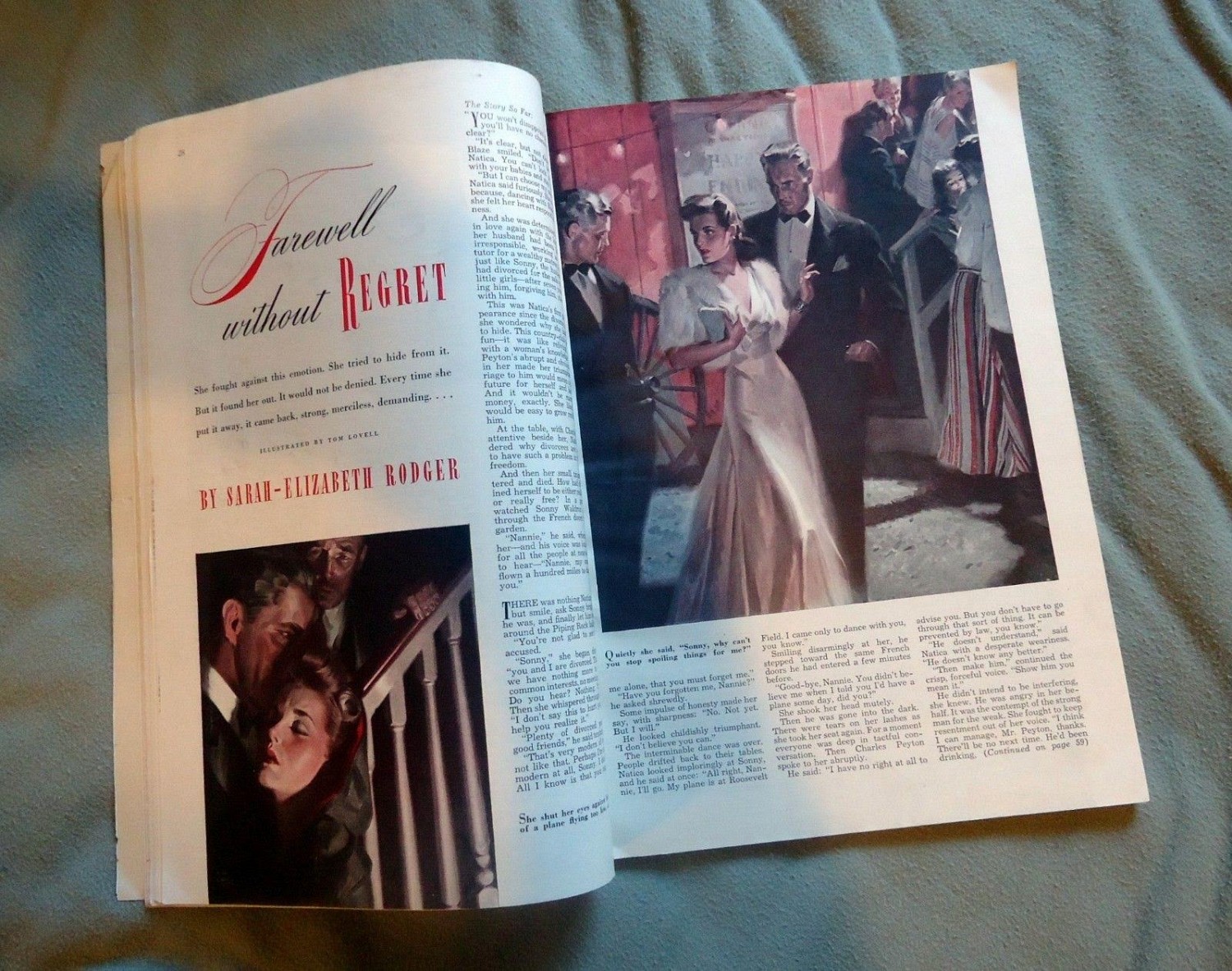 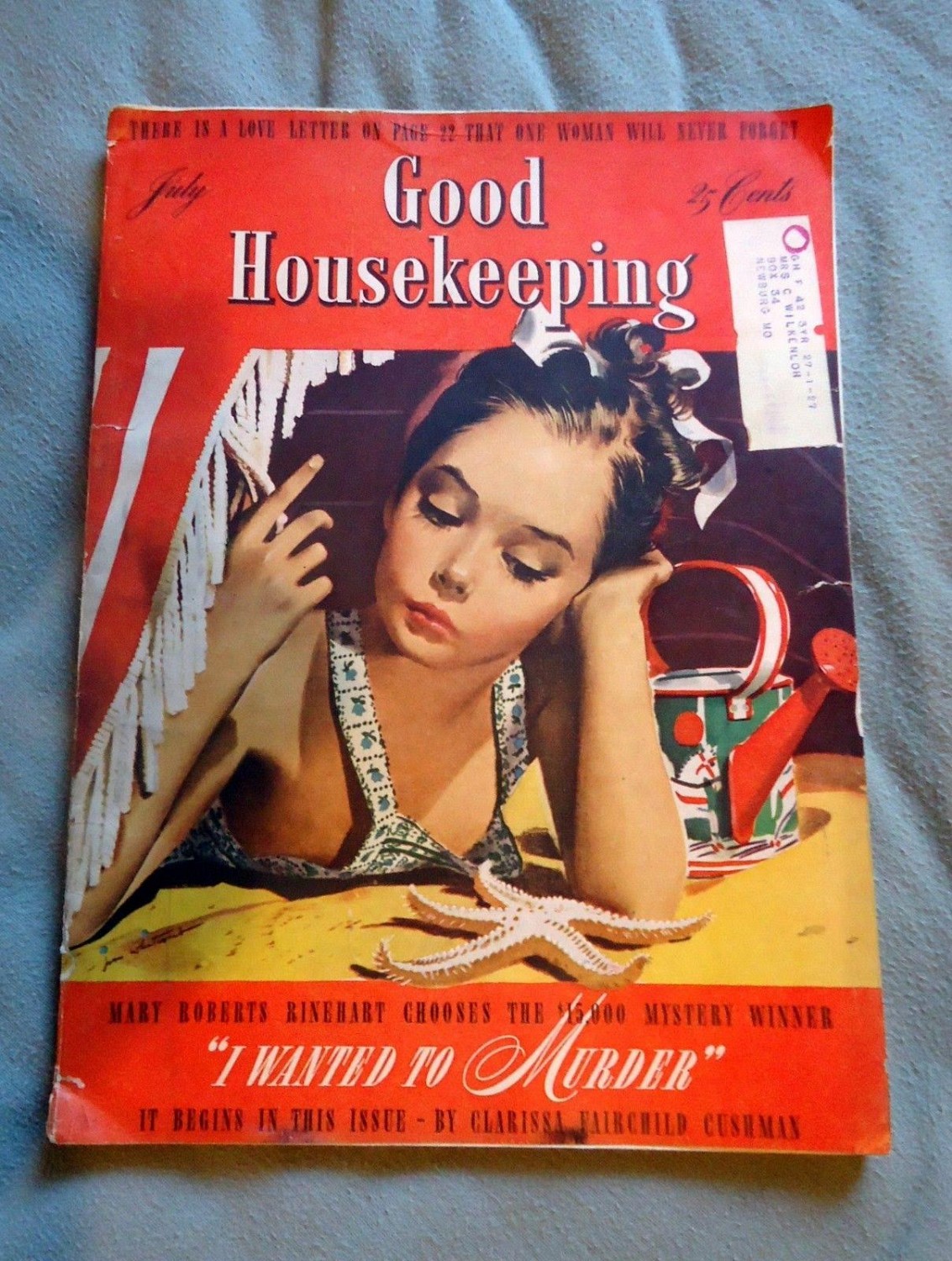 The stretcher is dated 4/23/40 in pencil on the back. Next to this date is what looks like to be an inventory number -8755

This oil painting was executed in a “duo-tone” technique used for magazine illustrations before full-color printing was common.  Because the scene depicted in the paining is set at night, the subdued and limited palette of the duotone style works very well as an accurate and realistic depiction of the night time event.  It is full of drama and is very theatrical in nature.  This is fitting as the action takes place outside a theater (believed to be Lovell’s local theater the Westport (CT) Playhouse- setting for many of Paul Newman’s early theatrical endeavors.)

The painting depicts an elegantly dressed couple standing outside a theater featuring a show titled "A Happy Ending".  The man standing next to them has either just made a pass at the woman and upset her partner, or perhaps she had a clandestine meeting with him and her partner is upset.  Make up your own story! Although you could read the original short story for which the illustration was painted.  It is included in the sale of this painting.  It is in the Good Housekeeping Magazine July 1940 issue.  The story is titled "Farewell Without Regret."  The caption under the illustration reads, "Quietly she said, "Sonny, why can't you stop spoiling things for me.?"