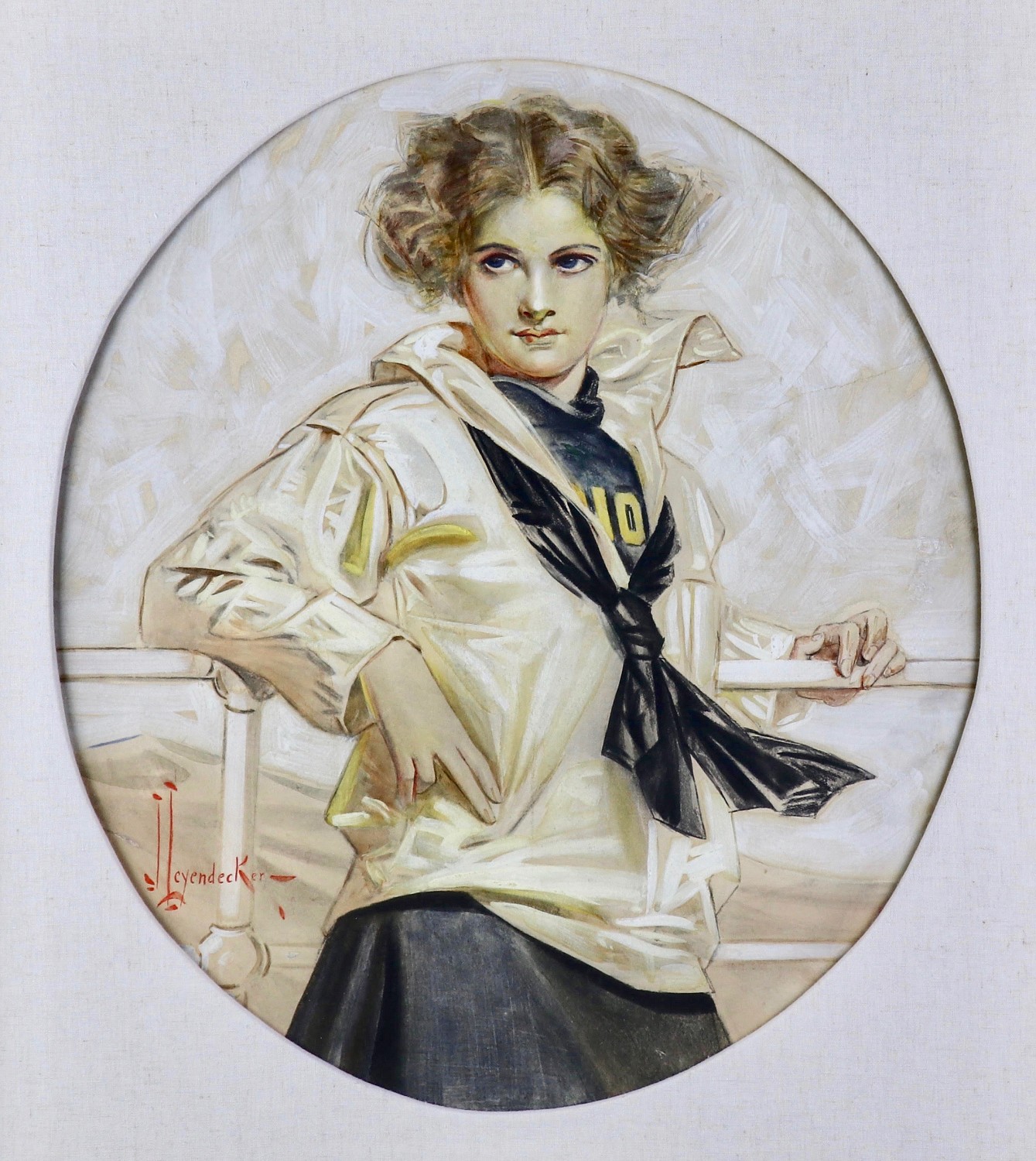 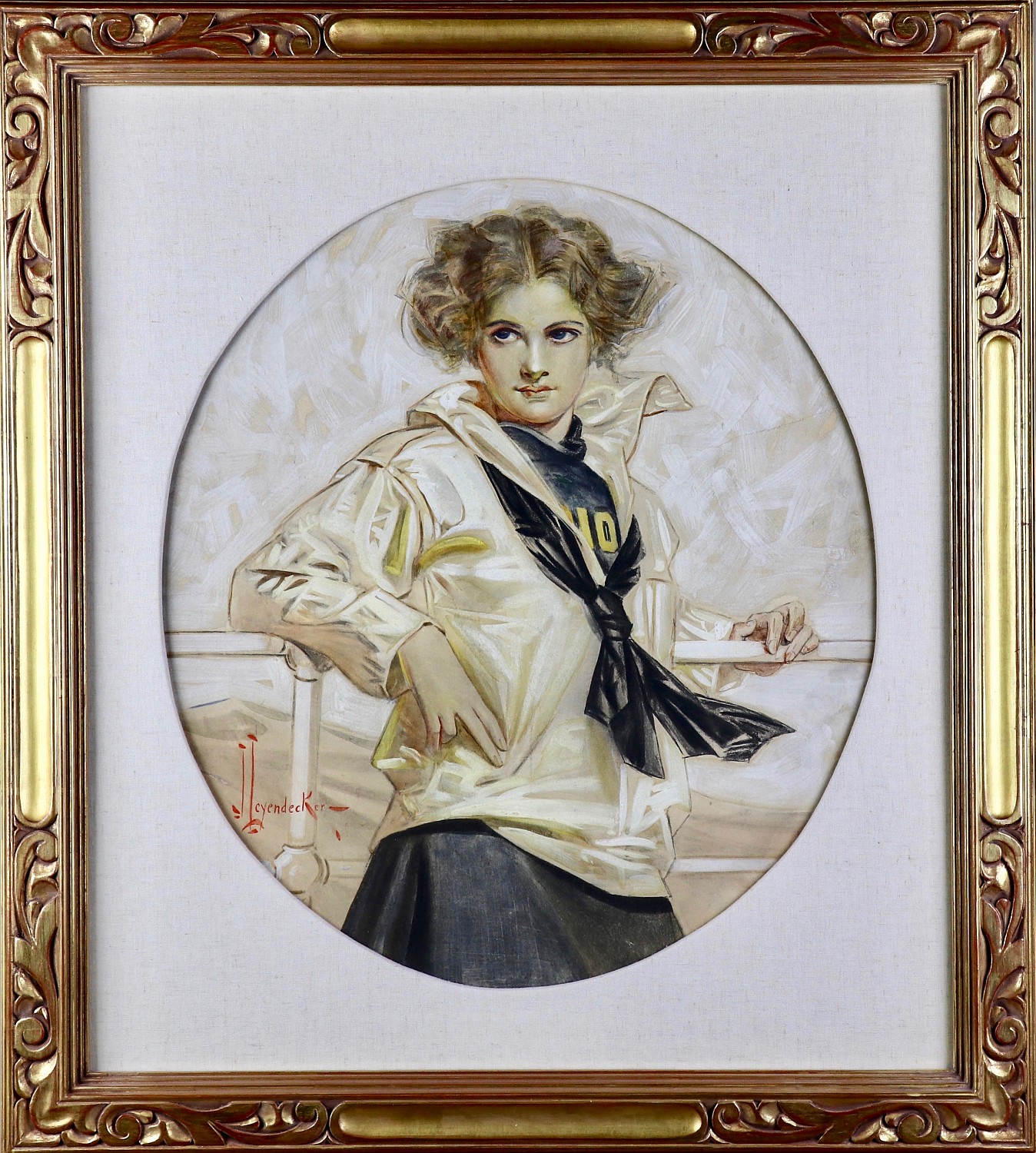 The Lucky Bag was the Yearbook for the United States Naval Academy - dedicated to the graduating classes at Annapolis. Interestingly, a Leyendecker illustration appeared the following year - in the 1911 Howitzer, the yearbook for the United States Corps of Cadets at West Point.  After that initial Leyendecker illustration appearance in the Lucky Bag, illustrators regularly contributed materials to the annual Annapolis publication.  In 1921, Howard Chandler Christy and Coles Phillips contributed works – followed by a Norman Rockwell inclusion.

-Dance Card “Navy Girl” (song) re-dedicated to the Class of 1910. (for Graduation Ball)

Notation regarding Army-Navy Football game of 1910:  The rivalry between Annapolis and West Point, while friendly, was always intense.  There was no Army-Navy game in 1909.  The Army cancelled their remaining schedule after the death of a player in the Harvard game.  The Navy also suffered a loss of a midshipman during the same season when their quarterback, Earl Wilson, sustained a neck injury in the Villanova game and died.  As a result, the scheduled Army-Navy game of 1910 was highly anticipated and received extra press attention. The Navy team captain had missed part of the 1910 season with typhoid fever and his appearance was questionable.  Franklin Field, on the University of Pennsylvania campus, was full of excitement on that November 26th day in 1910 – and the attendance had swollen to 34,880 fans by kickoff time.

The Navy emerged victorious by a score of 3-0 and they finished the 1910 season undefeated. That year they outscored their opponents by 99-0, a feat that has never been equaled. Many game programs, all bearing this Leyendecker illustration of a beautiful coed, went home with excited fans that witnessed Navy’s record-breaking season.