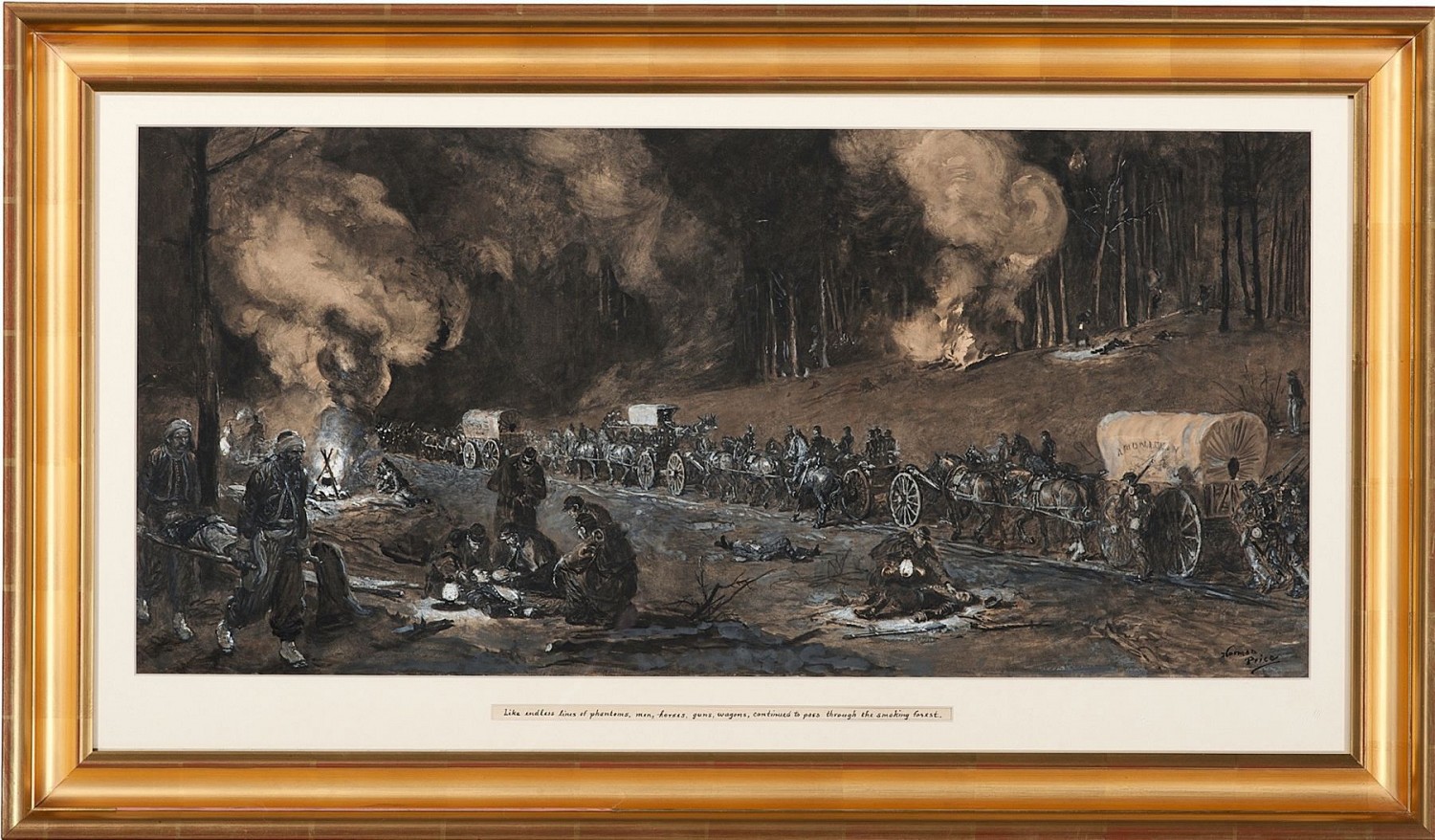 Written by Price on the mount below the image: Like endless lines of phantoms, men, horses, guns, wagons, continued to pass through the smoking forest.

A striking and emotional night scene at the Battle of the Wilderness On the night of May 5, 1864, after the Battle of Saunders’ Field where Zouave troops led the attack.

Most prominent is an ammunition wagon train, an ambulance returning to the rear, and two soldiers in Zouave uniforms carrying a litter. Other soldiers search for bodies and aide the wounded.

Price was an important illustrator, known for his history and war-action color paintings and illustrations. His superb pen and ink illustrations that appear in Treasure Island are particularly important. He began his studies at the Ontario School of Art. Around 1901 he spent time in London, studying at the Goldsmith's Institute; Westminster School of Art; and with Cruikshank. While in London, he was the founder of Carlton Studios. He later went on to Paris, studying at the Academie Julian, with J.P. Laurens and R.E. Miller. He did freelance work in Paris until an assignment in Belgium for the Century Company brought him to the attention of a wider audience.

Price knew many Civil War veterans, who conveyed to him the horrors of their war, reflected in the brooding quality of the present oil. Though undated, this most likely was painted in the first quarter of the 20th century, but harkens back to Victorian imagery.