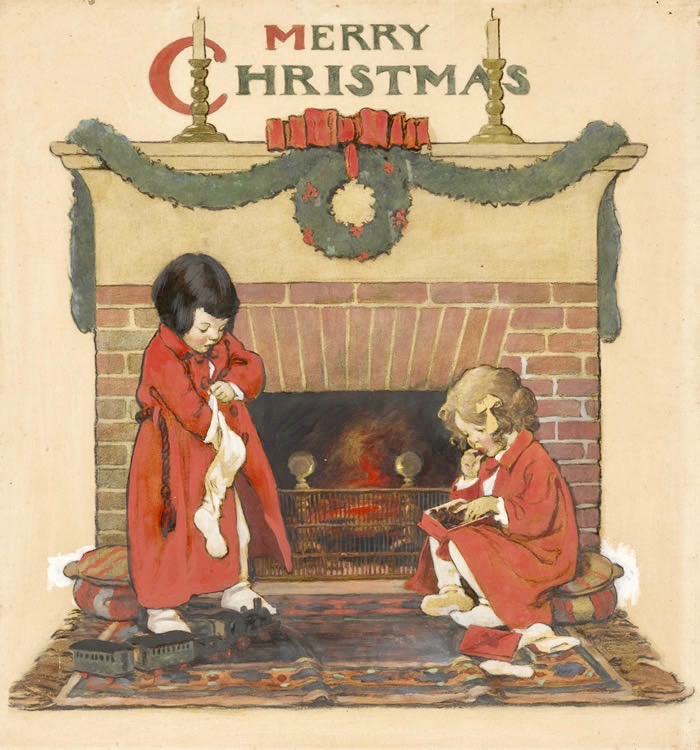 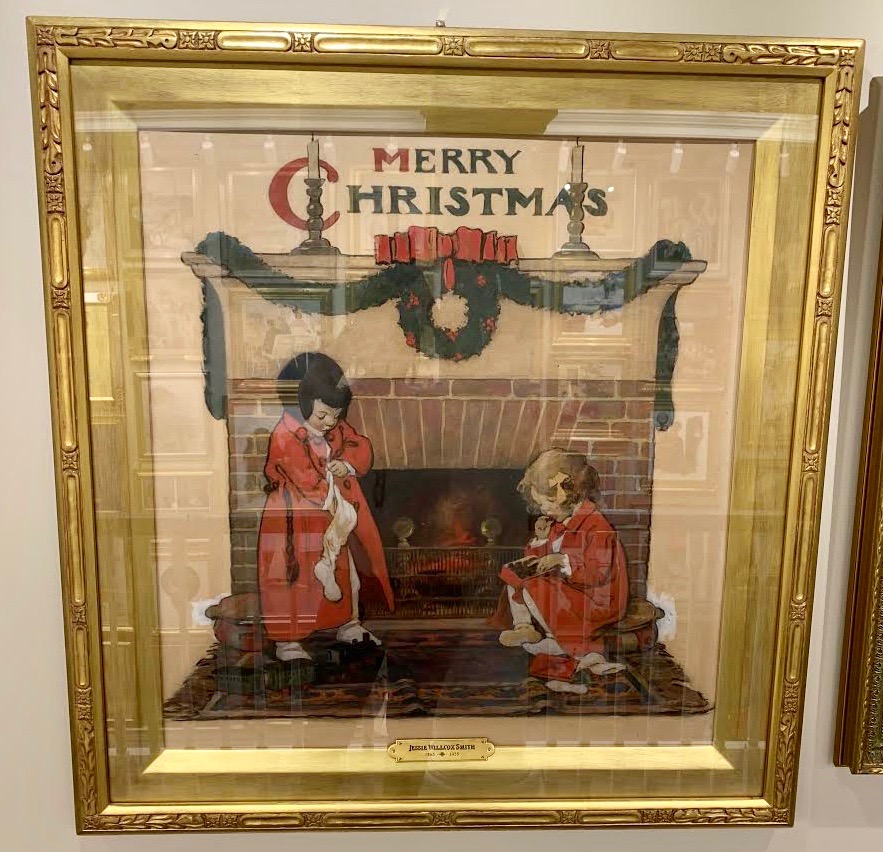 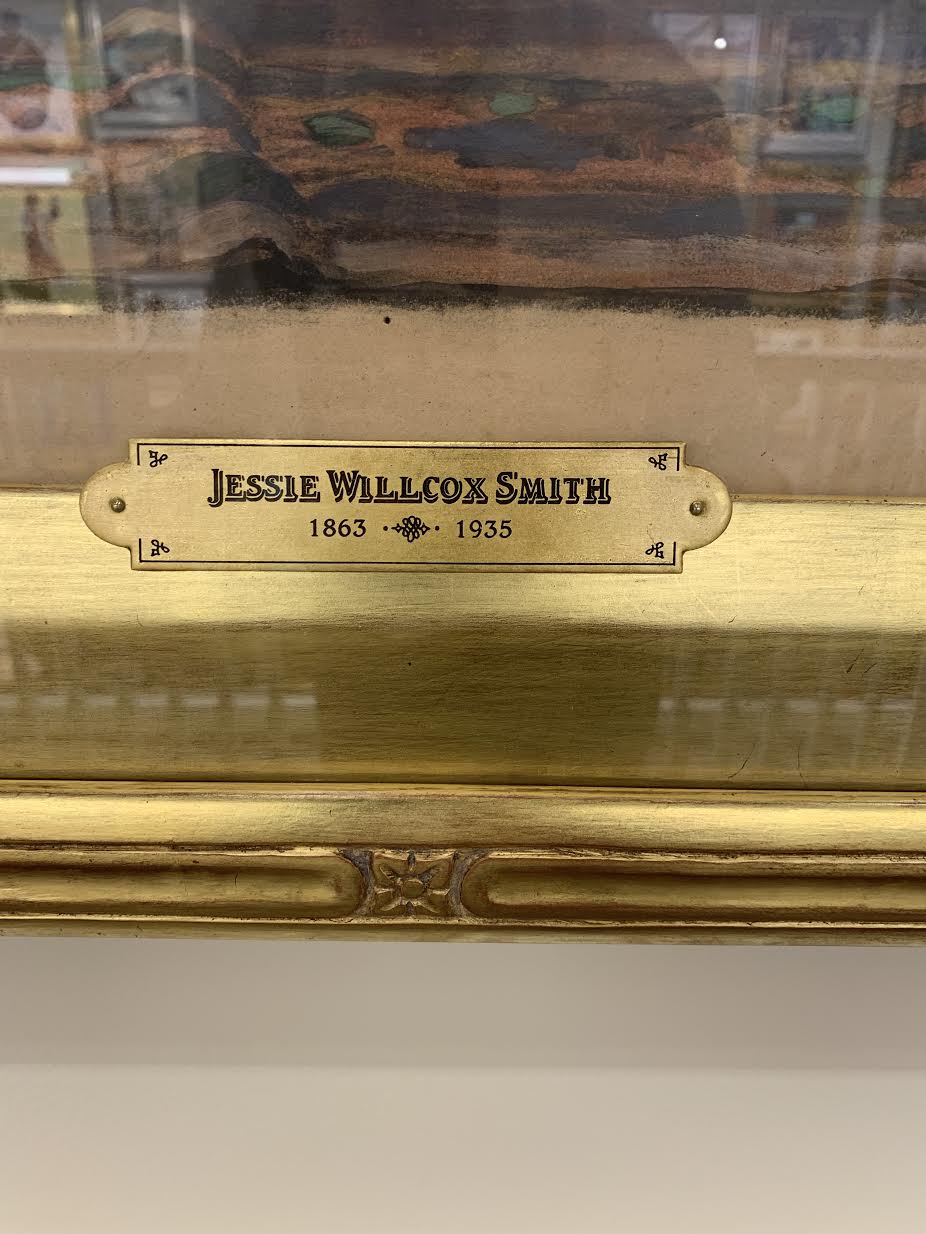 This piece was an advertisement for Lowney's Crest Chocolates. Edward Nudelman, Jessie Willcox Smith expert and biographer describes Merry Christmas: Two Children Before the Fireplace, “A wonderful mixed media painting by Jessie Willcox Smith, published as an advertisement for Lowney's Crest Chocolates, reminiscent of her paintings for Twas the Night Before Christmas, Houghton, Mifflin, 1912, but displaying a more delicate and decorative quality characteristic of her best work.”

Born in Philadelphia in 1863, Jessie Willcox Smith originally trained as a kindergarten teacher before discovering her talent and skill for drawing in her early twenties. She studied at the Pennsylvania Academy of the Fine Arts under Thomas Eakins and five years later was accepted into the inaugural class at Howard Pyle's eponymous school of illustration. Following graduation she began illustrating for publications such as Century, Collier's Weekly, Harper’s Bazaar, Leslie's, McClure's, Scribner's, Women's Home Companion and Good Housekeeping. She was also commissioned to illustrate advertisements, of which the present work is an example.